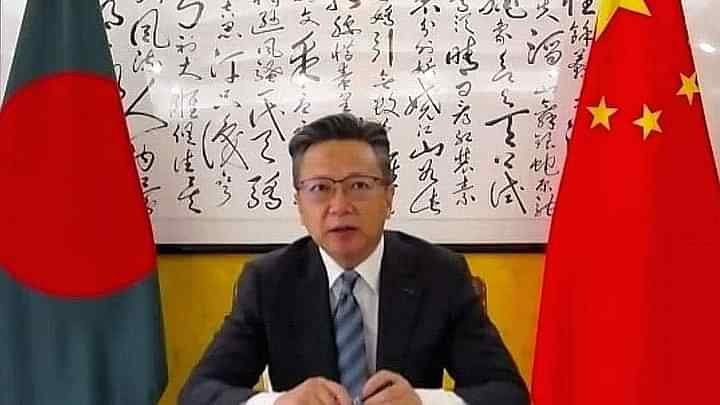 Bangladesh’s longstanding commitment to the one-China principle and resolute opposition to “Taiwan Independence” is appreciated by China, the country’s envoy in Dhaka declared this on August 4.

In this regard, Bangladesh’s Ministry of Foreign Affairs delivered a message on August 4, stating that Bangladesh is closely following the developments in the Taiwan Strait. Bangladesh has urged all parties concerned to exercise utmost restraint and refrain from any actions that may aggravate tensions and undermine peace and stability in the region and beyond.

In addition, Bangladesh reiterated her firm adherence to ‘One China’ policy and urged the parties concerned to resolve their differences in accordance with the UN Charter and through dialogue.

Chinese Ambassador Li Jiming said, “We believe that the government and people of Bangladesh will continue to abide by the one-China principle, understand and support China’s legitimate and justified position on Taiwan question.” The envoy also mentioned that the two countries have always understood and supported each other on issues of core interests concerning respective sovereignty, security and territorial integrity.

Previously on August 2, Ambassador Li said, “In disregard of China’s strong opposition and serious representations, Speaker Pelosi visited China’s Taiwan region. This is a serious violation of the one-China principle and the provisions of the three China-US joint communiqués.”

He added, “It infringes upon China’s sovereignty and territorial integrity, sends a wrong signal to the separatist forces for “Taiwan independence”, and has a severe impact on the political foundation of China-US relations. China firmly opposes and sternly condemns this.”

Recently, US House of Representatives Speaker Nancy Pelosi visited Taiwan despite China’s strict warning. In response to her visit, China reacted strongly by summoning the US ambassador. In response to Nancy Pelosi’s visit to Taiwan, China has launched its largest-ever military drills in the region.

Meanwhile, Taiwan’s military has also raised its alert level and authorities are planning to ensure security and stability around the island, Taiwan’s cabinet said.