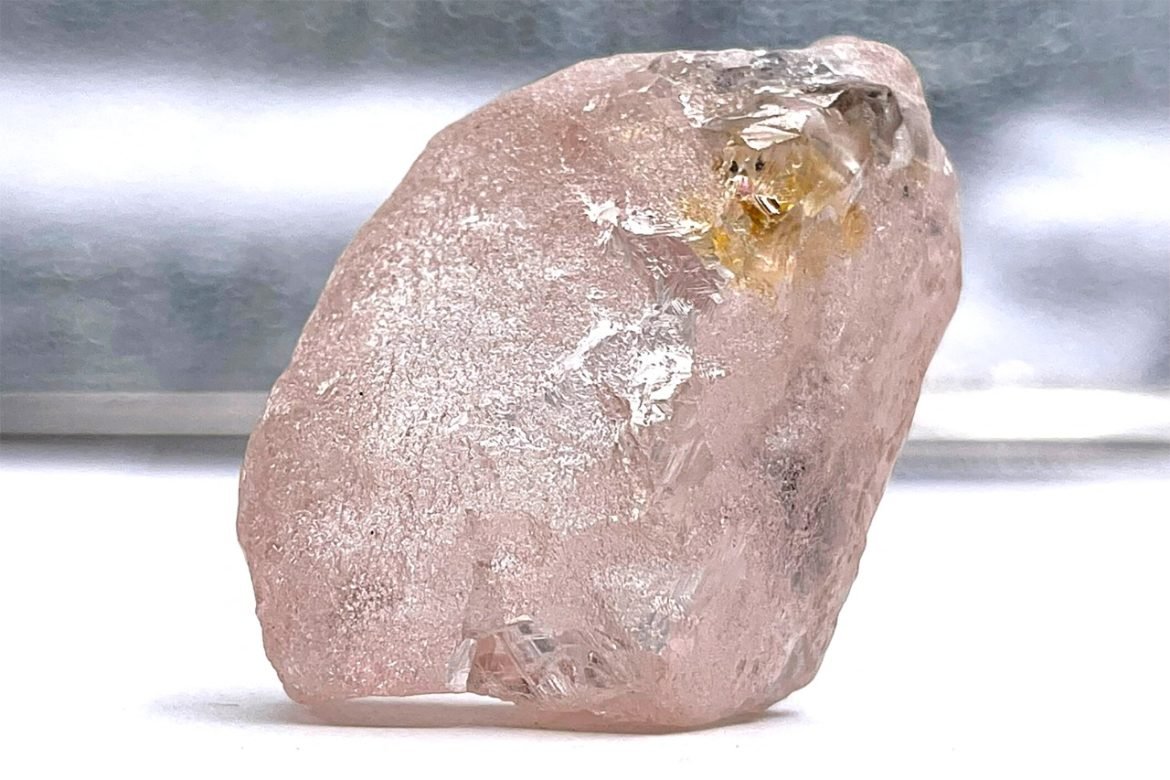 Miners in the Central African country- Angola have discovered a rare and pure pink diamond. It is believed to be the largest pink diamond discovered in the last 300 years. The diamond, weighing 170 carat or 34 gram has been named ‘The Lulo Rose’.

According to a report by British news agency- BBC, diggers in north-eastern Angola have found a large rare and pure pink diamond. It is said to be the largest such piece of diamond mined in the last 300 years. The mine where it was found is called Lulo. Therefore, the Australian managers of the mine named this diamond “The Lulo Rose.” Angola’s state diamond marketing company will reportedly sell it through an international tender. Angola’s Minister of Mineral Resources, Diamantino Azevedo, welcomed the discovery of the diamond in a statement. Further exploration of the diamond mine is being carried out by a joint venture between Australia’s Lucapa Diamond Company and the Angolan government. It is the fifth largest diamond recovered from the Lulo mine.

Pink coloured diamonds are considered to be very rare compared to normal diamonds. In the past, such mineral diamonds sold for record prices after being cut and polished. Earlier, a similar 59.6 carat pink diamond known as the Pink Star sold for $71.2 million at an auction in Hong Kong in 2017. It is the most expensive pink diamond ever sold. However, it’s impossible to estimate how much the Lulo Rose will cost, says jewellery expert Joanna Hardy. The world’s largest pink diamond is the 185-carat Darya-e-Noor – cut from a mineral block found in India more than three centuries ago. The Darya-e-Noor diamond is now part of the Iranian royal family’s treasure collection.

The largest diamond fragment of any coloured mineral ever found is the Cullinan – found in South Africa in 1905. It weighed 3,107 carats or more than half a kilogram. It was eventually cut into 105 pieces. The largest piece is called the Cullinan One – which is now part of the British royal family’s treasure collection.