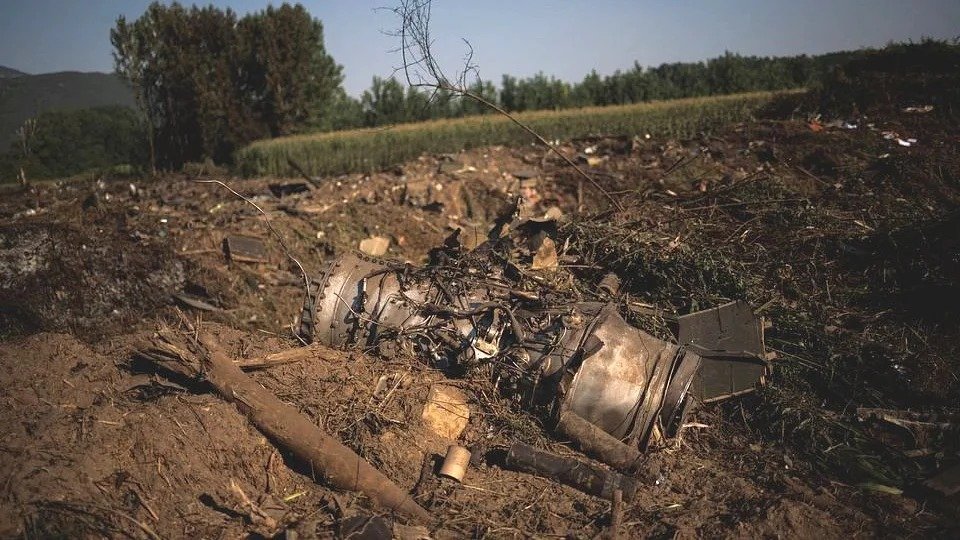 The Inter-Services Public Relations (ISPR) said that the cargo plane that crashed in northern Greece on its way to Bangladesh late Saturday had mortar shells bought for the Bangladesh Army and the Border Guard Bangladesh (BGB).

ISPR Director Lieutenant Colonel Abdullah Ibn Zayed was quoted as clarifying this revealing information by a leading Bangla language newspaper.International media reports said that the accident took place late Saturday. All eight crew of the plane were killed on board. Serbian media broke the news early Sunday.Serbian Defence Minister Nebojsa Stefanovic said, “The aircraft left Serbia’s Nis at 20:40 local time carrying 11.5 tonnes of our military products to an end customer in Bangladesh, with the Bangladeshi Defence Ministry acting as a fully authorised buyer.”

He also specified that the plane was owned by a Ukrainian airliner named Meridian, the seller was a private Serbian company and the buyer was Bangladesh’s Defence Ministry. Additionally, the Serbian minister confirmed that the flight destined to Dhaka had “all the necessary licenses under all global norms.”

Different news agencies reported that the plane was carrying 11.5 tonnes of arms and weaponry that included mortar shells and landmines made by Serbian defence industry and the buyer was Bangladesh defence ministry. As the news got published in different Bangladeshi media outlets, ISPR Director Abdullah Ibn Zayed told the Bangla newspaper on Sunday that an aircraft carrying training mortar shells purchased from Serbia for the Bangladesh Army and Border Guard Bangladesh (BGB) under the Directorate General of Defence Procurement (DGDP) procurement contract, through commissioned contractors, crashed in Greece.

Although Greek authorities could not provide information about the cargo and crew, special rescuers and army experts were sent to the spot. Local people were also prohibited from visiting the area. Nearby residents were told to keep their windows shut all night, not to leave their homes and to wear masks.

Filippos Anastasiadis, mayor of the nearby town of Paggaio, told Open TV: ‘The aircraft crashed around two kilometres (one mile) away from an inhabited area.’

He also told AP: ‘We were hearing explosions until a few minutes ago. I am about 300 meters from the site of the crash.’

Eyewitnesses filmed the fireball crash in the early hours today, with explosions continuing for two hours and the charred wreckage burning until morning.