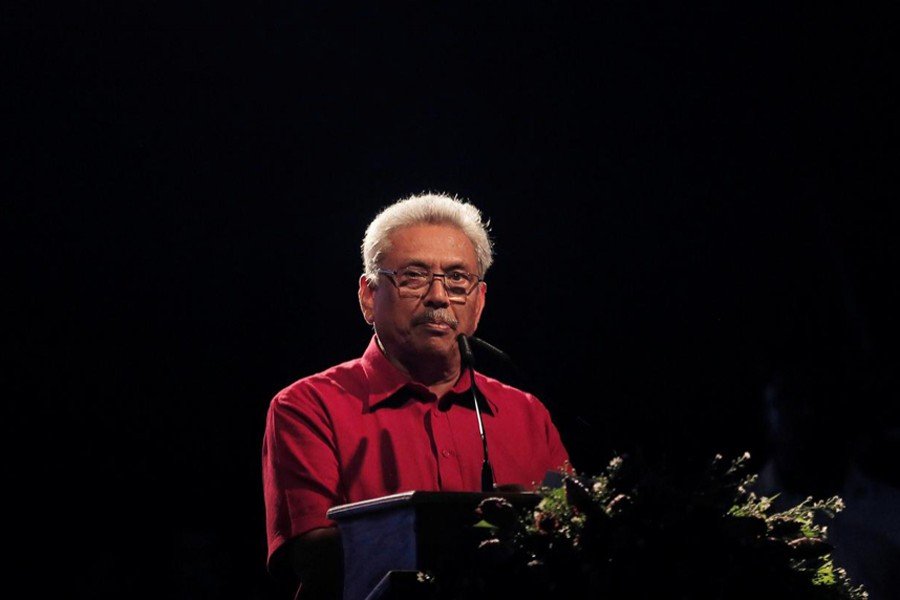 Embattled Sri Lankan President Gotabaya Rajapaksa has fled the country early on Wednesday, two sources told news agency Reuters, hours before he was due to step down amid widespread protests over his handling of a devastating economic crisis.

A government source said he left for the city of Male, the capital of the Maldives. The president would most likely proceed to another Asian country from there, the source said.

The immigration official said authorities could not under law prevent a sitting president from leaving the country.

Rajapaksa was due to step down as president on Wednesday to make way for a unity government, after thousands of protesters stormed his and the prime minister’s official residences on Saturday demanding their ouster.

The president has not been seen in public since Friday. Parliament will elect his replacement on July 20.

The Rajapaksa family, including former Prime Minister Mahinda Rajapaksa, has dominated the politics of the country of 22 million for years and most Sri Lankans blame them for current problems.

The tourism-dependent economy was hammered badly by the Covid-19 pandemic and a fall in remittances from overseas Sri Lankans, while a ban on chemical fertilisers damaged farm output. The ban was later reversed.

Petrol has been severely rationed and long lines have formed in front of shops selling cooking gas. Headline inflation hit 54.6 per cent last month and the central bank has warned that it could rise to 70% in coming months.

Mahinda Rajapaksa, the president’s brother, resigned as prime minister in May after protests against the family turned violent. He remained in hiding at a military base in the east of the country for some days before returning to Colombo.

In May, the Rajapaksa government appointed Mohammed Nasheed, the speaker of the Maldives parliament and a former president, to help coordinate foreign assistance for crisis-hit Sri Lanka.

The same month, Nasheed publicly denied allegations that he was helping Mahinda Rajapaksa secure safe haven in the Maldives.

The protests against the Sri Lankan government have simmered since May, but erupted afresh last Saturday when hundreds of thousands of people surged into Colombo and occupied key government buildings and residences.

On Tuesday, immigration officials prevented another of the president’s brothers, former finance minister Basil Rajapaksa, from flying out of the country.

It was not clear where Basil Rajapaksa, who also holds US citizenship, was trying to go. He resigned as finance minister in early April amid heavy street protests against fuel and food shortages, and quit his seat in parliament in June.

BNP to engage international communities’ to retrieve their political dynamics?