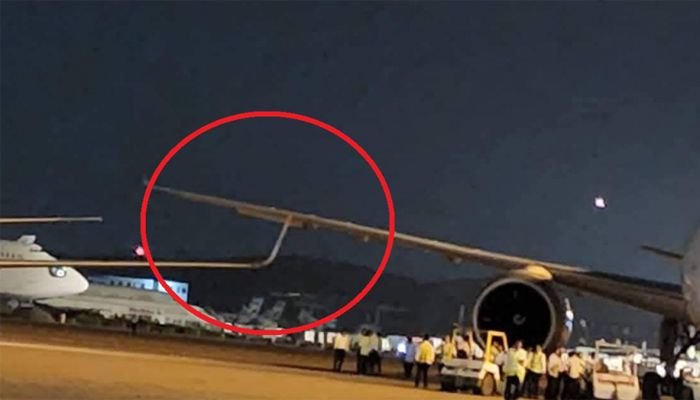 Two planes collided in the hangar of Biman Bangladesh Airlines at Hazrat Shahjalal International Airport. The wings of the aircraft were damaged. The Boeing 878 Dreamline plane collided with a Boeing 737 on Sunday night (July 3).

Biman’s general manager (public relations) Tahera Khandaker confirmed the matter. Tahera Khandaker mentioned that the cause of the accident and the extent of the damage would be known after an investigation.