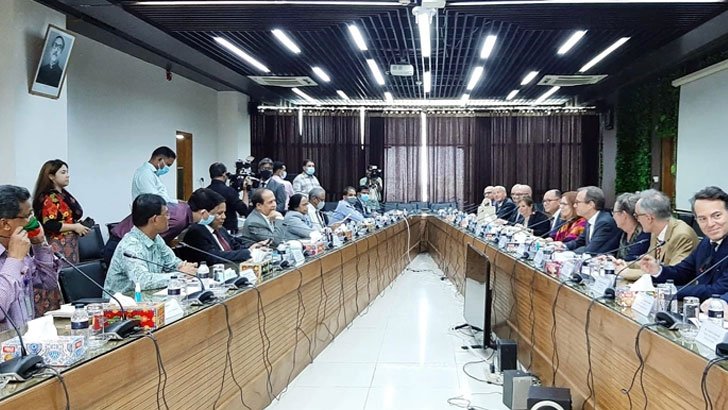 The Election Commission (EC) of Kazi Habibul Awal has held meetings with diplomats from 14 countries. These diplomats are Bangladeshi representatives of the Organisation for Economic Co-operation and Development (OECD). The meeting started at 3pm on July 3 (Sunday) at the Nirbachan Bhaban (election building) in the capital’s Agargaon.