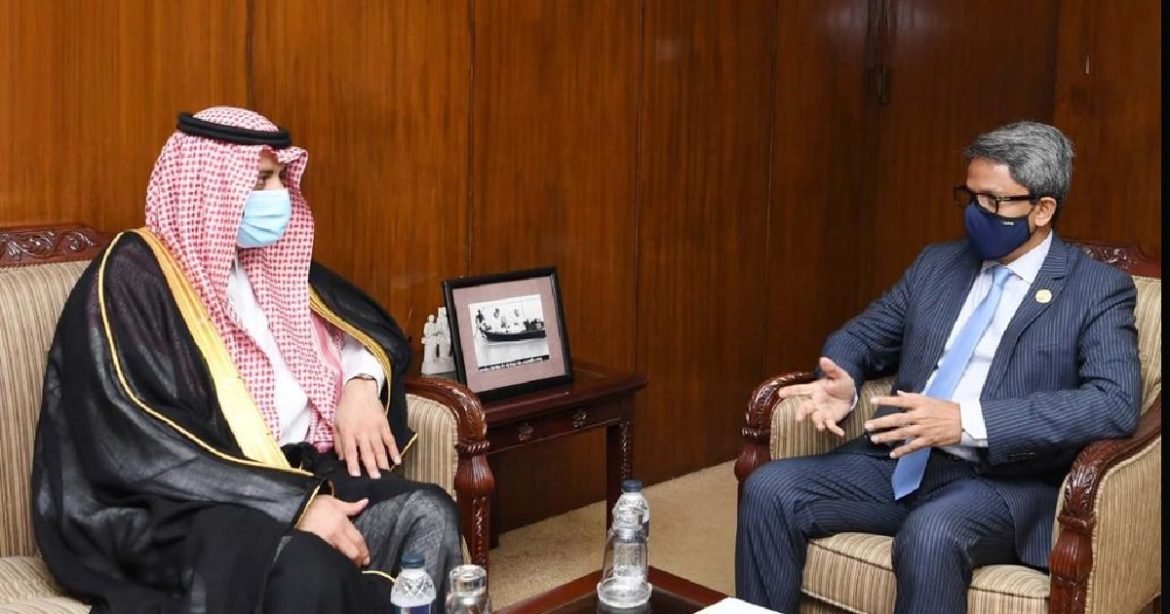 Bangladesh and the Kingdom of Saudi Arabia (KSA) are keen to strengthen economic cooperation through an increased presence in the fields of trade, investment and direct shipping connectivity between Chattogram and Jeddah.

During the meeting, the Ambassador congratulated the government of Bangladesh under the leadership of Prime Minister Sheikh Hasina for successful completion of the Padma Multipurpose Bridge. The State Minister thanked the Ambassador and government of Saudi Arabia for necessary arrangements including pre-immigration facilities for pilgrims at Hazrat Shahjalal International Airport.

The Ambassador then briefed the State Minister on further willingness of more Saudi investment in Bangladesh. The State Minister expressed his satisfaction over the excellent relationship that exists between Bangladesh and Saudi Arabia in bilateral and multilateral sectors. He also thanked the Ambassador for his efforts in promoting the relations between Bangladesh and Saudi Arabia. Finally, they discussed cooperation in the areas of culture, education and tourism.