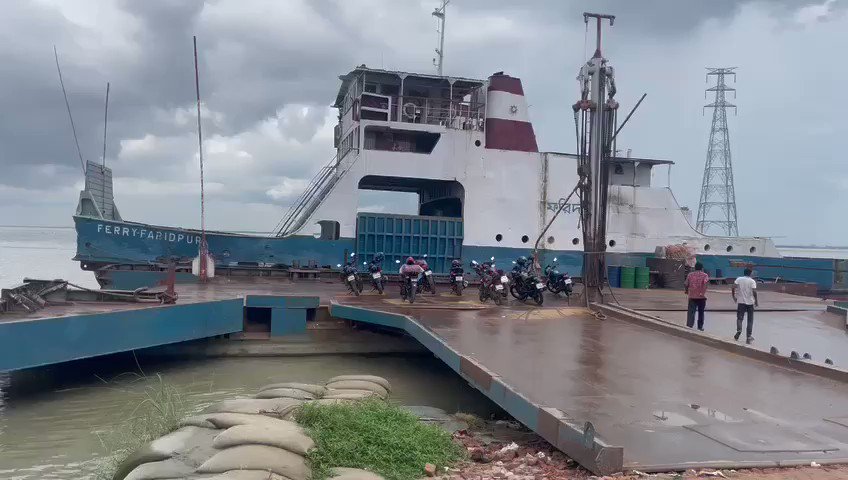 While almost everyone in the country has been rejoicing the opening of Padma Bridge, some people are left worried as they are dependent on the river for their livelihood. Owners and workers of the naval transports like launches and speedboats that ply on the Padma river route manifested frustration over the imminent future of the business.

While claiming to be happy about Padma Bridge, speedboat owner Topu Ahmed was disquieted about his business future. “Speedboat drivers and owners earn when their boats run. Yesterday, my boat made a single trip while today it couldn’t make even one as of now. I will end up selling the boat if this continues,” he said.

“Many people have already sold their speedboats. Some, however, have rented them in Sylhet due to the flood. I am planning to sell my boats as well. I will take whatever I can get,” said another speedboat owner.

A total of 151 speedboats and 87 launches are registered under Shimulia Ghat, which employs around one thousand people. All these people and their dependents are reeling from the uncertainty of their future as the opening of the bridge have clearly affected the lives of these people, who have already sought government support and intervention.

Louhajang Upazila Nirbahi Officer Abdul Awal said, not just launch and speedboat drivers, almost 5,000 people’s livelihood centre around Shimulia Ghat. It will take another six months for the Padma Bridge to be fully operational. As far as we know, heavy water vehicles will pass from below the bridge [waterways].”

He also said many jobs will be created if the plan to turn Shimulia Ghat into a tourism centre is materialised and the launches and sea boats can still be used for river cruises.