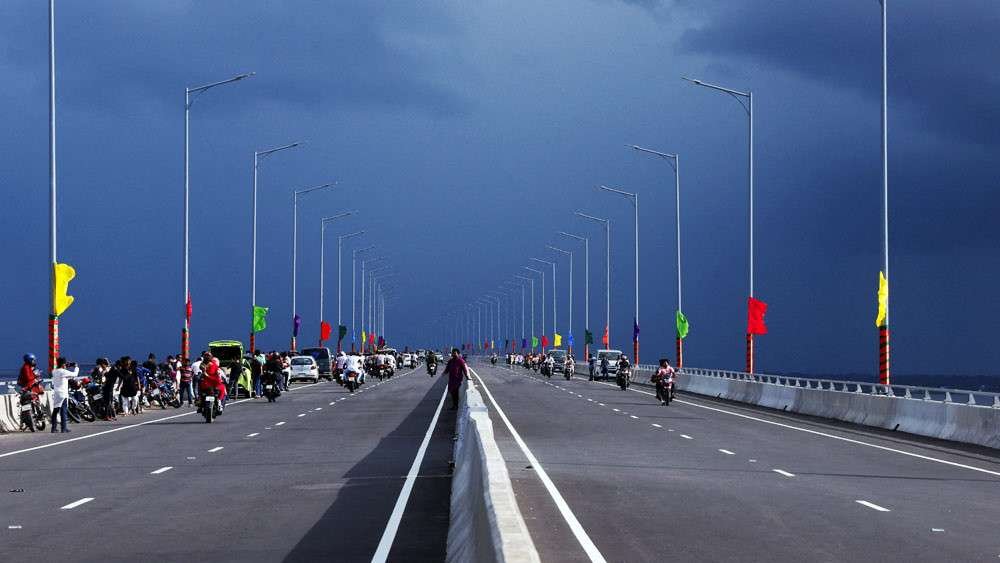 As Bangladesh opened much-anticipated Padma Bridge to traffic on the momentous day of June 25, the tourism industry like the overall economy of Bangladesh’s south-western region is expected to undergo massive transformation.

More than thousands will get jobs and a new economic corridor will be opened for the region’s people. New establishments will grow centring Khulna, Bagerhat and Kuakata and the number of tourists will increase too. Income from the tourism sector will also shot up manifold, according to concerned officials and tour operators. The expected transformation will be brought about by the significant Padma Bridge.

According to Bagerhat district administration and the government’s archaeology department, two out of three UNESCO-declared world heritage sites of the country are in Bagerhat region. On one side of the district is the Sundarbans, the largest mangrove forest of the world, and on the other side is the historical Sixty Dome Mosque.

There are 17 more UNESCO-declared important sites in this area. In fiscal year 2021-22, a total of 1.2 lakh tourists came to visit the Sundarban’s Bagerhat part and 1.8 lakh tourists visited the Sixty Dome Mosque. Revenue earned by the government from these two sites has been Tk 1.25 crore and Tk 60 lakh, respectively.

Sheikh Shakir Hossain, member of Sundarban Tourist Club, said that the only way to enter and exit Bagerhat district is through roads. “The opening of the Padma Bridge will definitely increase the number of tourists coming to Bagerhat, as better road connections will be established now,” Shakir added.

On the other hand, Md Kamruzzaman, owner of a hotel in Khan Jahan Ali’s Shrine area, said that the hotel owners of the area had to incur heavy losses due to a lack of tourists throughout the year due to the pandemic. “Padma Bridge will make travelling to Bagerhat easier and attractive, which will result in increased tourists. Hotel-motel owners will be able to do good business from now on. Besides, many new hotels and motels will also be set up to cater to the growing demands of the tourists,” said Kamruzzaman.

Deputy Commissioner of Bagerhat district Md Azizur Rahman said that the district administration is working to improve the road connections of the district. He said, “We hope that Bagerhat’s tourism industry will grow through the utilisation of the Padma Bridge and we’re preparing to embrace the development.”

According to the former World Bank Dhaka chief-economist Zahid Hussain, the bridge over one of the major and turbulent rivers has not only established an unbroken road- based communication network throughout the country but is also the strongest shot in the arm of the economy since the country’s independence in 1971 as the bridge is likely to raise the country’s gross domestic product growth by 1.23 per cent.

Zahid Hussain explained, the Padma Bridge at Mawa, 40 kilometres from the capital city, is something special as it has been built on a most complex river system that was a divide between the south-western region and the most important economic hubs of the country.  Thus, the bridge is expected to save about two hours in travel time between Dhaka division and the south-west for cars and buses and from five to 10 hours for trucks. The bridge will also cut the travel time between Dhaka and the Mongla Port as the distance will come down to an unbroken 170 kilometres, much shorter than the Dhaka–Chattogram Seaport distance of 264 kilometres.

According to Dhaka University economics department chair Professor M Akash, easing the connectivity with ports is always important for a country’s investment, trade and commerce. A greater movement of freight between Dhaka and the Mongla Port, once a vibrant harbour in Khulna, is also expected to reduce the pressure on and congestion at the busy Chattogram Port, he added.

Besides, the bridge will result in a shorter travel, both in terms of distance and time between Dhaka and Kolkata, the capital of West Bengal, with the road being the first section of the Asian Highway Network linking 32 countries on the Asian continent, a great achievement indeed!