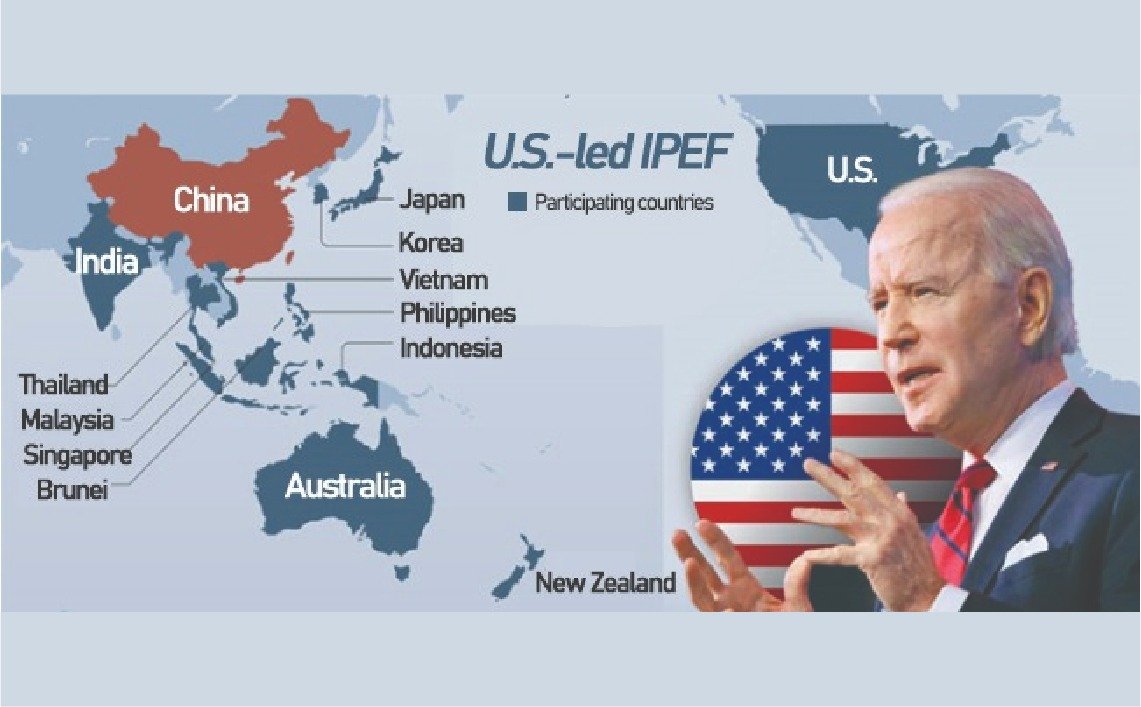 The minister said Bangladesh is currently studying different aspects of the recently launched IPEF to know about what such initiative may offer.

Dr Momen made the remarks while talking to reporters at the Ministry of Foreign Affairs (MoFA). “We’ll work on protecting our own country interest,” he said on Sunday, adding that many may give different suggestions.

He also said they have a leader like Prime Minister Sheikh Hasina, who never compromises with the interest of the country.

About IPEF and its potential
US ambassador to Bangladesh Peter Hass earlier said there will be opportunities for other countries to join the IPEF. There have been consultations with the MoFA in March regarding the IPEF. The ambassador also hoped that Bangladesh would follow it closely.

Of late, US President Joe Biden launched the IPEF with a dozen initial partners like Australia, Brunei, India, Indonesia, Japan, Republic of Korea, Malaysia, New Zealand, the Philippines, Singapore, Thailand, and Vietnam. Together, they represent 40 percent of the global GDP.

The framework will focus on four key pillars – connected economy, resilient economy, clean economy and fair economy – to establish high-standard commitments that will deepen US’ economic engagement in the region, according to the White House fact sheet.

What did the Foreign Minister say?
Responding to a question, the Foreign Minister said they will also listen to advice that comes from others as there is no problem to hear. Talking about various aspects of the IPEF, he said the initiative put emphasis on supply chain resilience, data management, combating corruption and money laundering and free and fair trade in the Indo-Pacific.

According to him, Bangladesh has no observation regarding supply chain and inclusive and open navigation in the Indo-Pacific for free trade. “We also want no disruption in the supply chain.”

The minister said it is a good sign that the IPEF wants to put emphasis on the money laundering issue as most of the banks in western countries do not disclose account information of foreign nationals due to their privacy acts.