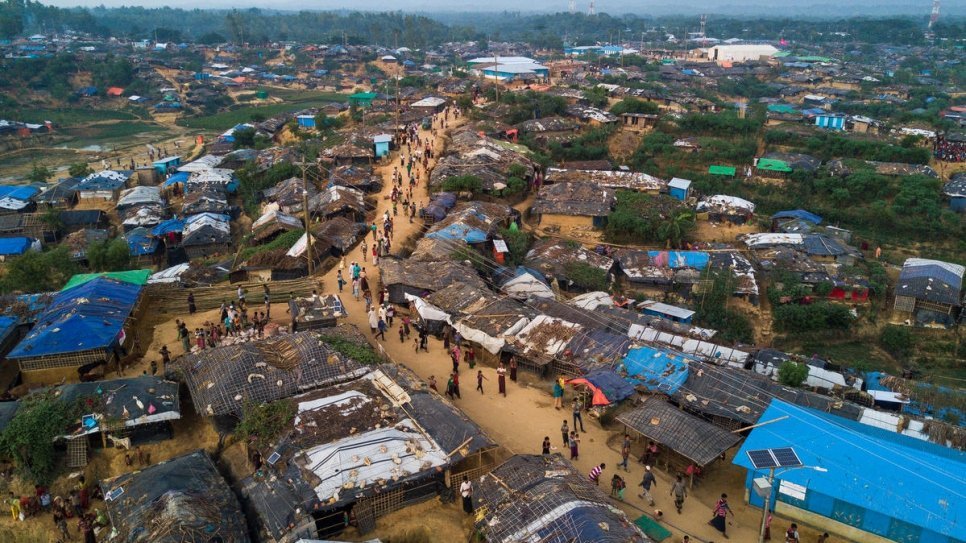 Home to some 1.2 million Rohingya refugees, Bangladesh has urged the United Nations (UN) to scale up its programme and create conducive conditions in the Rakhine State of Myanmar for Rohingya repatriation, arguing that efforts on the Bangladesh side alone will not bring about any lasting solution to the problem.

“What is needed are actions and programmes in Myanmar, to create the conditions conducive for the return of this population, in dignity, to their homes. And that is the most desired, durable solution and the aspiration of Rohingyas themselves,” said Bangladesh’s Permanent Representative to the UN Ambassador Rabab Fatima.

She was addressing the UN General Assembly in New York early today following the briefing by Dr Noeleen Heyzer, the Special Envoy of the UN Secretary General on Myanmar.

She called upon Heyzer to work towards an early implementation of the bilateral return arrangements.

Some 750,00 Rohingyas fled military crackdown in Rakhine in 2017 and took shelter in Bangladesh, joining around three lakh more who had fled earlier waves of violence.

Not a single Rohingya was repatriated despite repeated attempts, as they cite the lack of safety and guarantee of citizenship in Rakhine.

Ambassador Fatima said the Rohingyas remain in a state of uncertainty in Bangladesh, while those remaining in Myanmar are either languishing in IDP camps or under constant threat of forced displacement.

She called upon the UN, especially the Security Council, to respond with urgency to the recurrent and protracted Rohingya crisis by addressing the root causes of the crisis.

She also stressed on ensuring accountability for all violations and abuses in Myanmar and called upon the Security Council to monitor compliance of the provisional measures issued by the International Court of Justice in the case initiated by the Gambia on behalf of the OIC.

Ambassador Fatima urged all countries for cooperation towards the ongoing accountability mechanisms for Rohingya justice, and called upon the Special Envoy to continue her engagement with the ASEAN members and other regional countries in securing a sustained political solution to the protracted Rohingya crisis.

Special Envoy Dr Noeleen Heyzer expressed concerns that the current situation in Myanmar continues to remain volatile with grave impacts on the civilians including the Rohingya Muslims.