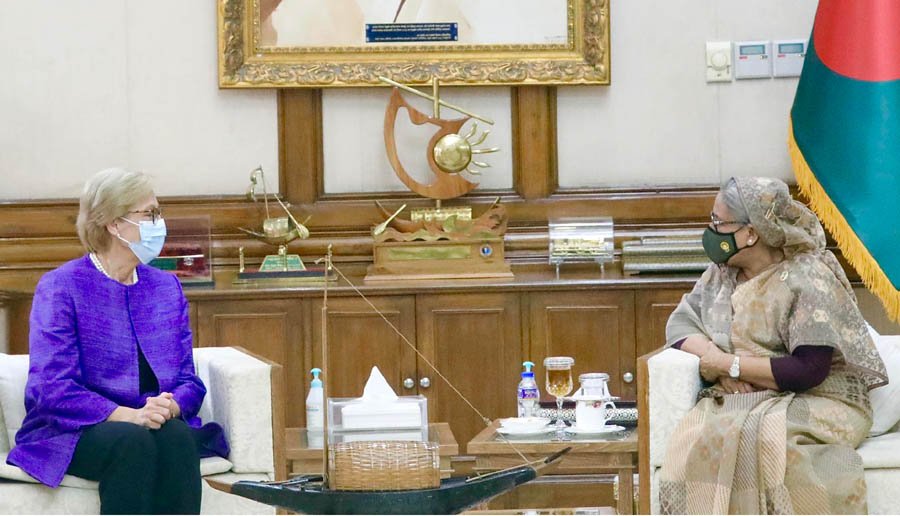 Nordic country Finland has showed its willingness to cooperate with Bangladesh in the field of sustainable and renewable energy.

Non-resident ambassador of Finland to Bangladesh Ritva Koukku-Ronde on Wednesday expressed his country’s interest while paying a courtesy call on Prime Minister Sheikh Hasina at her official residence Ganabhaban.

The Prime Minister’s Press Secretary Ihsanul Karim briefed the newsmen after the meeting.

The Bangladesh prime minister also conveyed her greetings to her Finnish counterpart at the function.

She said her country will work on the Rohingya issue in the United Nations agencies.

In this context, Sheikh Hasina said Rohingya refugees have become a big burden for the economy of Bangladesh.

The local people are suffering a lot for the Rohingya people, she said. “We don’t allow any insurgency on the Myanmar border,” she also said.

The prime minister also referred to the Chittagong Hill Tract Treaty signed by her government in 1997 through bilateral negotiations and surrender of 1800 armed cadres at that time.

Mentioning that Bangladesh has set up a good number of hi-tech parks, Sheikh Hasina said the Finnish companies can invest there.

While talking about the impacts of the Ukraine-Russia war during the meeting, the premier said, “We don’t want war. Our policy is friendship to all and malice towards none.”

She said Bangladesh used to procure fertilizer from abroad, but now the shipping cost has gone up significantly due to the war.

She added Bangladesh needs support from developed countries for its own development.

Bangladesh continues agro research for its food security, the premier said, adding that no arable land will remain uncultivated in the country.

Wooing tourists in Gazipur amid glee and greenery