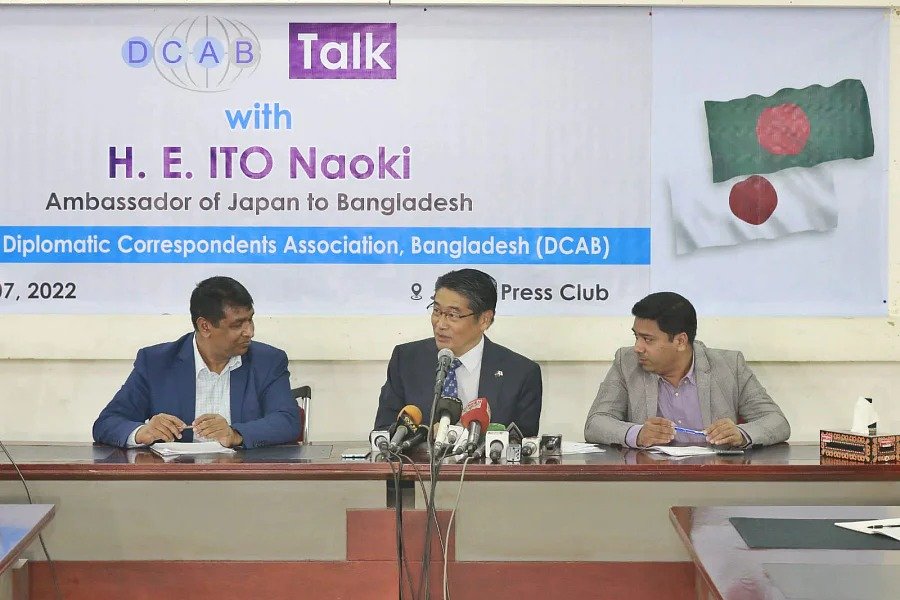 Japan’s ambassador to Bangladesh Ito Naoki has said that the inauguration of the mega project Padma Bridge will boost foreign investors’ confidence in the country. Highlighting the growing presence of quality infrastructures in Bangladesh, the ambassador said, “This is going to be a wonderful moment.”

Ambassador Naoki said that the direct flight operations between Dhaka and Narita will soon begin that will give a sense of confidence among investors. He also mentioned that the Covid-19 pandemic delayed the overall preparations.

Naoki said that there is growing interest among the Japanese investors to come and invest in Bangladesh. The ambassador highlighted five factors, including growing quality infrastructure and stable environment.

The ambassador said Bangladesh is becoming a very important destination for investment. He said the Dhaka Metro rail will begin its commercial operation by December this year. He also updated on Bangladesh Special Economic Zone in Araihazar which is also getting ready to host investment. He also talked about recently launched Indo-Pacific Economic Framework with 13 countries including Japan.

Finally, the envoy laid emphasis on early repatriation of the Rohingyas but reminded that there is a political reality which is a very difficult issue. “This is a very difficult situation,” he said, adding that they are calling for restoration of democracy halting violence.

Jammu and Kashmir: From Conflict to Conciliation