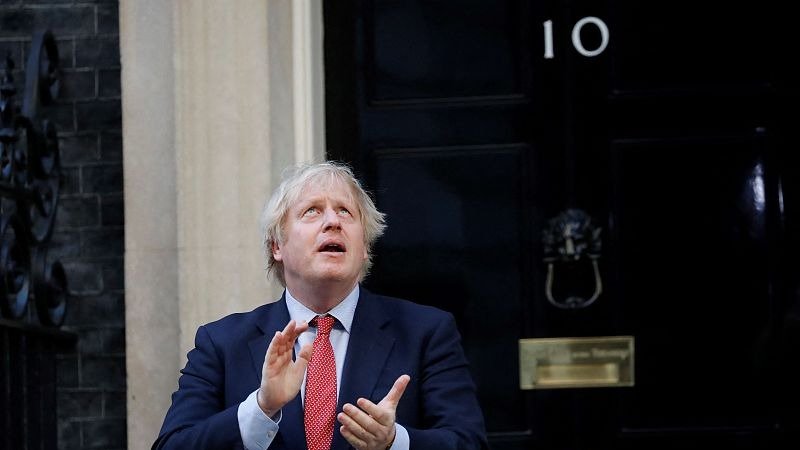 British Prime Minister Boris Johnson has survived a vote of no confidence from his own Conservative MPs with his position weakened after a sizeable number refused to back him.

After the win, Boris told the reporters, “As a government we can move on and focus on the stuff that really matters.”

The vote which occurred just over two years after he won a landslide general election victory was brought after a string of scandals that have left the Tory party’s standing in tatters.

Chief among them was the “Party gate” controversy over lockdown-breaking events at Downing Street, which caused public outrage and saw him become the first serving UK prime minister to have broken the law.

Johnson, 57, needed the backing of 180 MPs to survive the vote – a majority of one out of the 359 sitting Conservatives in parliament. Defeat would have meant an end to his time as party leader and prime minister until a replacement was found in an internal leadership contest.

Speculation will now turn to whether Johnson can survive having lost the confidence of so many of his own MPs and whether senior ministers will now resign.

In previous Tory ballots, predecessors Margaret Thatcher and Theresa May both ultimately resigned despite narrowly winning their own votes, deciding that their premierships were terminally damaged.

The vote dominated British newspaper front pages Tuesday, with The Times describing Johnson as “A wounded victor” and pointing out that his margin of victory was less than that of his predecessor May, who was ousted months later.

Under the headline “Hollow victory tears Tories apart,” The Daily Telegraph said Johnson was “clinging to power” while The Financial Times said the margin of his victory “left him badly damaged and exposed the scale of the division and animosity in his party.”

“PM clinging to power after vote humiliation,” The Guardian said, while The Daily Mirror, which helped break the “Party gate” story, simply said “Party’s over, Boris.” Earlier, Johnson has steadfastly refused to resign over “Party gate”. He earlier defended his record on delivering Brexit, fighting the Covid pandemic and Britain’s hawkish support for Ukraine against Russia.

“This is not the moment for a leisurely and entirely unforced domestic political drama and months and months of vacillation from the UK,” he told Tory MPs, according to a senior party source. “We have been through bumpy times before and I can rebuild trust,” the prime minister told his parliamentary rank and file, according to the source, adding: “The best is yet to come.” Supporters cheered and thumped their tables in approval. The source said Johnson had indicated tax cuts could be in the offing as Britain contends with its worst inflation crisis in generations.

But the scale of Tory disunity was exposed in a blistering resignation letter from Johnson’s “anti-corruption champion” John Penrose and another letter of protest from long-time ally Jesse Norman. The prime minister’s rebuttals over “Party gate” were “grotesque”, Norman wrote, warning that the Tories risked losing the next general election, which is due by 2024.

Is connectivity always a priority for BIMSTEC members?