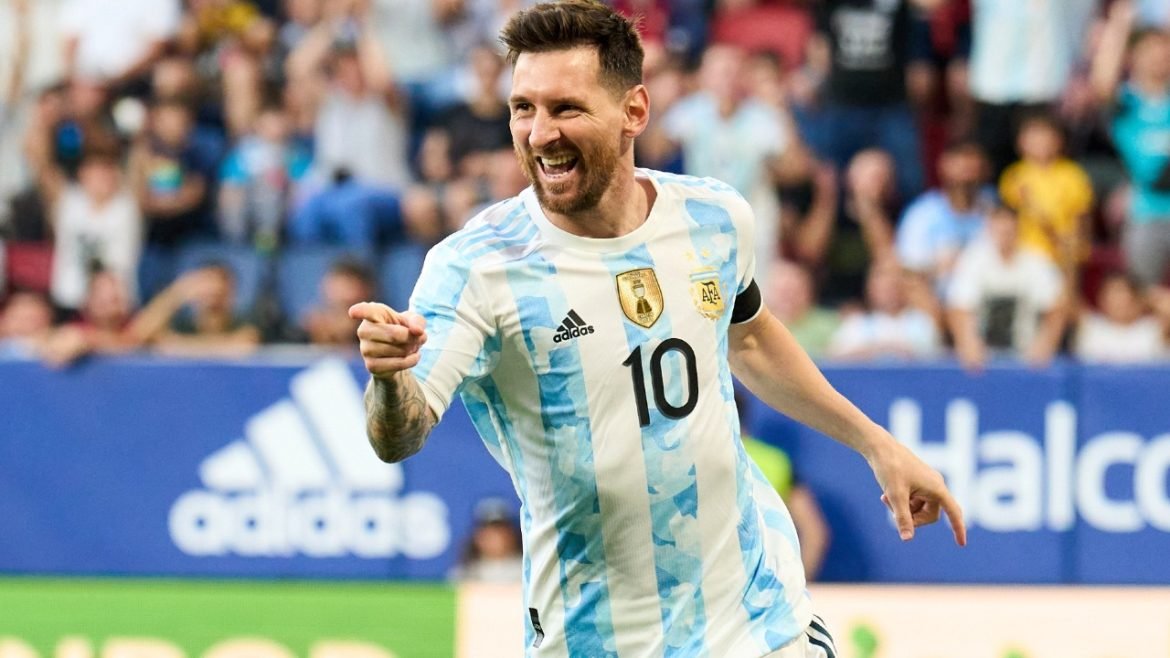 Argentine wizard Lionel Messi scored five goals for Argentina for the first time in a 5-0 rout of Estonia in a friendly match in Spain on Sunday, becoming the fourth-highest scorer for a national team in men’s soccer.

Messi scored twice in the first half, including from a penalty kick, and three times after the interval to reach 86 international goals. He moved past the 84 goals of former Hungary great Ferenc Puskas.

Portugal’s Cristiano Ronaldo tops the list with 117 goals including two on Sunday as Portugal routed Switzerland 4-0 in the Nations League, followed by Iran’s Ali Daei with 109 and Mokhtar Dahari of Malaysia with 89.

Messi had never scored five times before for Argentina at senior level. He scored five goals with Barcelona in a 7-1 win over Bayer Leverkusen in the round of 16 of the 2011-12 Champions League.

The 34-year-old Messi had two assists last week when Argentina defeated Italy 3-0 in the first Finalissima meeting of the South American and European champions. He last year helped Argentina win the Copa América for his first major title with the national team.

Here to mention, Argentina is unbeaten in its last 33 matches.