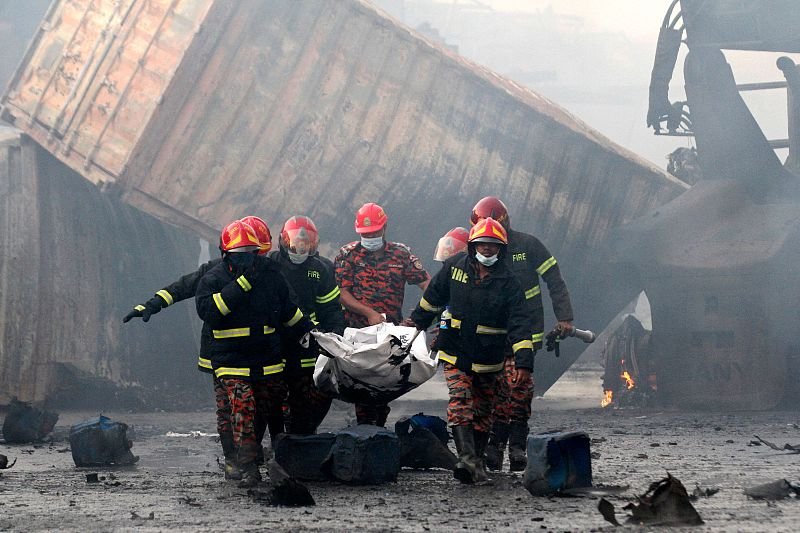 The massive fire erupted at the BM container depot at Sitakunda in Chattogram was still burning when this report was filed at 7:00pm on Sunday. The death toll from the fire has already risen to 49.

More than 200 people have been admitted to the hospital with burns and other injuries. The fire service says the line of bodies could be longer. Members of the fire service and the army are still working to control the fire.

On June 5 afternoon, the entire container depot area looked like a post-war ruin. Scattered here and there are small containers damaged by the explosion. Many cargo containers are lying in a state of disarray. It is easy to see from the depot premises that the firefighters were trying to put out the fire overnight.

Chattogram Fire Service and Civil Defence Assistant Director Faruk Hossain said a large explosion rocked the area around 10:45pm on Saturday. “The explosion was heard within a radius of 4 km from the spot,” Faruk added.

Here to mention, the BM Container Depot, a Dutch-Bangladesh joint venture, was set up as an inland container depot (ICD) and it is operating since May, 2011. BM container is located on 24 acres of land in Bhatiari area of Sitakunda. The company mainly deals in exporting products.