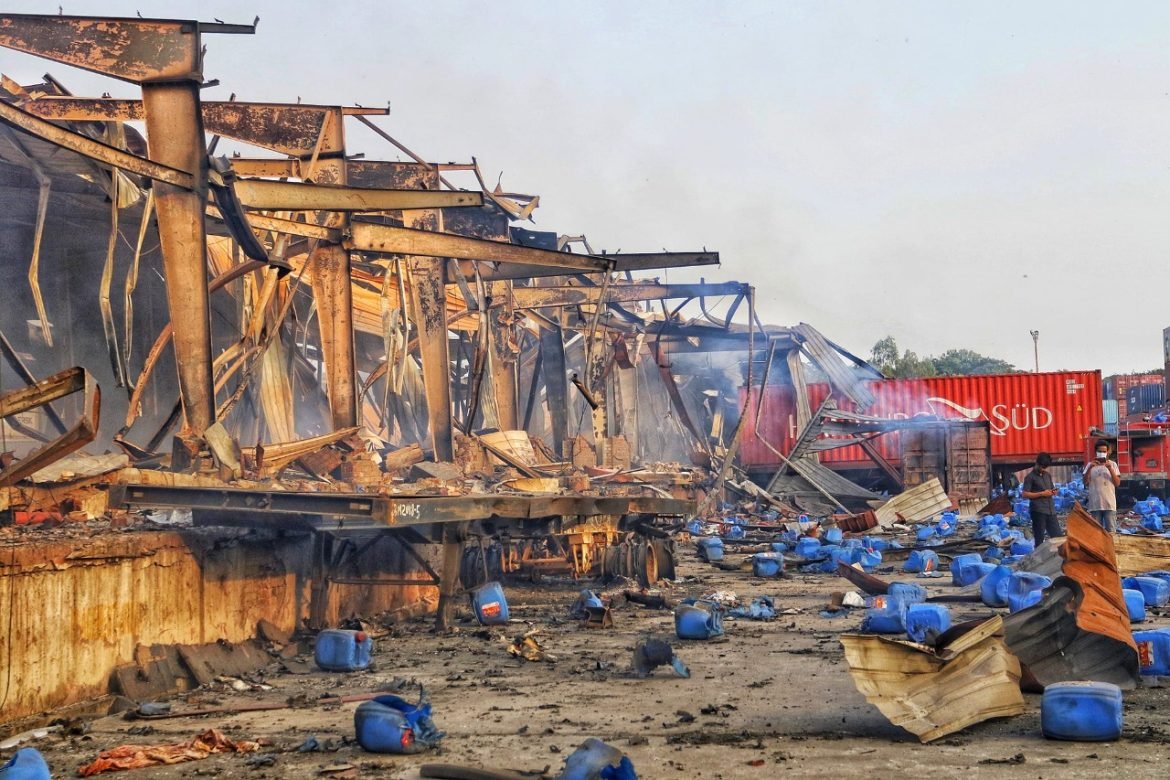 It is a common practice for depots housing and handling chemical containers to maintain some defined safety measures. But as a matter of stark reality, no mandatory safety measures like storing chemicals on a separate part of the premises with cautionary signs were followed at BM Container Depot in Sitakunda of Chattogram.

The existing law of the land in this regard titled ‘Dangerous Cargo Act-1953’ stipulates that shipping companies, ports and container depots should store and ship chemicals like hydrogen peroxide separate from other goods. Besides, there should be multiple other caution signs.

Firefighters, who have been working relentlessly at the site since the fire broke out on Saturday night, said they, however, saw no such safety measures there.

A  Chemistry professor of Chattogram University, Debasish Palit said if the hydrogen peroxide concentration is 3-10 percent, it is not dangerous. But it could act like an explosive if the concentration is over 30 percent.

Senior station officer at Agrabad Fire Service and Civil Defence Shahidul Islam said, “For extinguishing fire on chemicals, foam should have been used. But water was being sprayed instead as there was no indication that there were chemicals in those containers. There was no warning sticker on any of the containers either.”

“The flames kept spreading and there was an explosion while we were trying to douse the fire with water,” he informed, adding that the containers with chemicals were kept with containers of other goods. “We did not find any fire extinguishing equipment at the depot.”

National Board of Revenue (NBR) data reveals that Al Razi Chemical, located at Hathazari in Chattogram, exported around 9,635 tonnes of hydrogen peroxide to 12 countries in recent months using the BN Container Depot.

Most of the consignments were shipped to Pakistan, the United Arab Emirates, Myanmar, Venezuela, and Singapore.

Being the owner of the depot, Mojibur refused to comment on the lack of safety measures. M Fokhrul Alam, a Customs Commissioner, however, revealed that a two-member committee was formed to investigate the matter. “Legal action will be taken if any irregularity is found during the investigation.”

According to BICDA Secretary Ruhul Amin Sikder, around 80-90 percent of the goods were damaged.