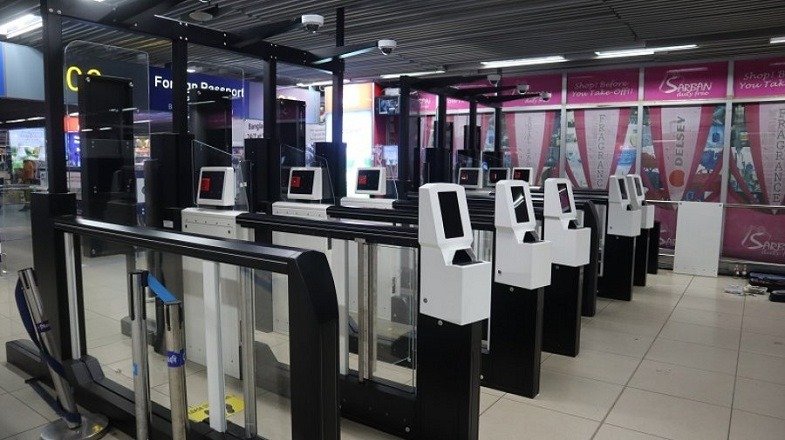 Bangladesh to become first South Asian country boasting e-gateHave you ever thought about the idea that the air passengers will be able to complete immigration formalities on their own without having to face the immigration police at the Hazrat Shahjalal International Airport? Yes, the much-talked-about Automated Border Control System, which is popularly known as e-gate, is going to offer such a facility for the first time in South Asia at the Hazrat Shahjalal International Airport (HSIA).As planned, Bangladesh’s premier airport will have this scheme right from the first week of July. With the launching of this latest electronic service, passengers will be able to complete their immigration process using e-passports at the 27 e-gates set up at the Dhaka airport.What the authorities say?Sources in the Bangladesh Immigration and Passport Department said e-gate was installed at the airport back in 2019, but the service was not launched. However, the Department and the Immigration Police started working loudly after the Home Minister urged to launch e-gate several times of late. Following this, the probable date of launching the e-gate has been fixed on July 7.Group Captain Kamrul Islam, Executive Director at the HSIA, said work on launching e-gate has been going on for several days now. “Immigration police are working on the matter. Hopefully this e-gate will be launched soon.” If the e-gates can be launched in July, then Bangladesh will be recognised as the first country in South Asia to launch e-gate.How will e-gate work?Bangladesh Passport and Immigration Department said as a person goes through the e-gate with e-passport, the gate opens immediately if the e-passport is kept in a certain place. The camera takes pictures after standing under the gate maintaining certain rules. After that, if everything goes well, the passenger will be able to pass the immigration in 12-15 seconds. But if someone makes a mistake, the red light will come on. Then the officials in charge will assist the person for using the e-passport properly.