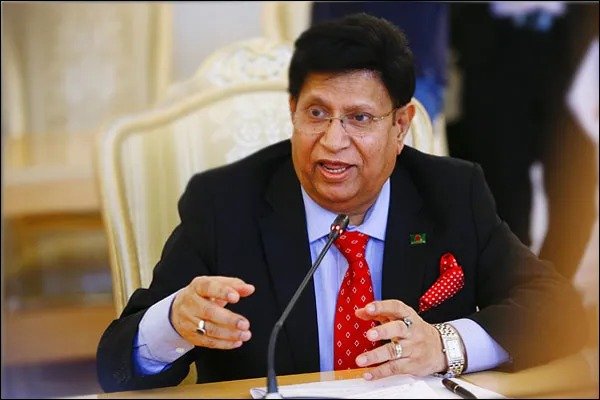 Foreign Minister AK Abdul Momen has advised the journalists to ask the United States diplomats about their issues, not about Bangladesh. In a message sent by the Foreign Minister’s Public Relations Office on June 1, Dr Momen asked the journalists, “Would you please ask the US Ambassador why they can’t stop extrajudicial killings in their own country?”

The foreign minister, now on an official visit abroad, apparently expressed displeasure over the tendency of journalists in asking questions to foreign diplomats on Bangladesh’s internal affairs. “Ask USA about their issues and not about Bangladesh. USA is not obligated to govern and help improve this country of ours,” he said.

His retort came a day after US Ambassador to Bangladesh Peter Haas talked about a number of issues on Bangladesh’s next national elections, freedom of press and human rights issues in an open discussion on May 31 organised by the Diplomatic Correspondents Association, Bangladesh (DCAB).

“If they want freedom of press, why have they blocked RT TV from airing? If they want accountability, why there has not been any punishment or accountability of the US security forces that have killed over a thousand citizens, mostly Black and Hispanic each year?,” the message read.

FM also highlighted that each year nearly 100,000 of them are missing in the USA and even children are deprived of their reunion with their Hispanic parents.