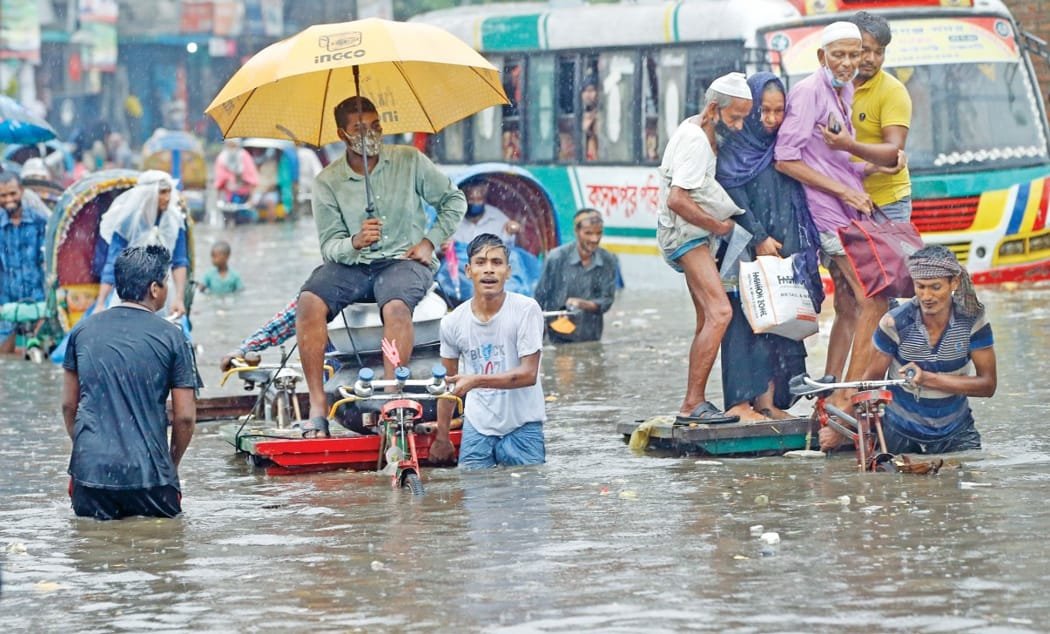 With monsoon approaching fast, Dhaka dwellers brace for the same old problem – waterlogging. No effective measure has been taken yet for a comprehensive solution to the long-standing hazard of the mega city. Experts said a coordinated master plan involving all relevant agencies should have been taken to drain out rainwater from the city roads. The two city corporations claimed that waterlogging will be less this year as drain, box culvert construction and canal dredging activities are going on for smooth drainage of stagnant rainwater.

DNCC Mayor Atiqul Islam said this time 10 Rapid Action Teams will be formed for 10 regions under DNCC who will take effective measures fast.

What does LGRD minister say?Local Government, Rural Development and Co-operatives (LGRD) Minister Md Tajul Islam said they are conducting drives to evict illegal establishments from several canals which hamper the smooth drainage of rainwater. “So naturally, we think we are prepared to face the waterlogging problem this time too.”

He further said they won’t be able to dredge all the canals of Dhaka city before monsoon. Besides, there are rivers like Buriganga, Turag, Dhaleshwari and Balu that need to be dredged.Adil Mohammad, Professor of Department of Urban and Regional Planning of Jahangir agar University and General Secretary of the Bangladesh Institute of Planners (BIP), said cleaning the drains and canals during the monsoon is not the remedy to waterlogging. “We need a sustainable plan. A temporary solution to waterlogging with small-scale plan will not bring any durable solution.”The city planner further said a master plan has to be taken to permanently free the capital from waterlogging problem. Besides, identifying waterlogging-prone areas, integrated measures should be taken on how to drain out rainwater. “If all the agencies concerned work together, the solution is possible,” he said.