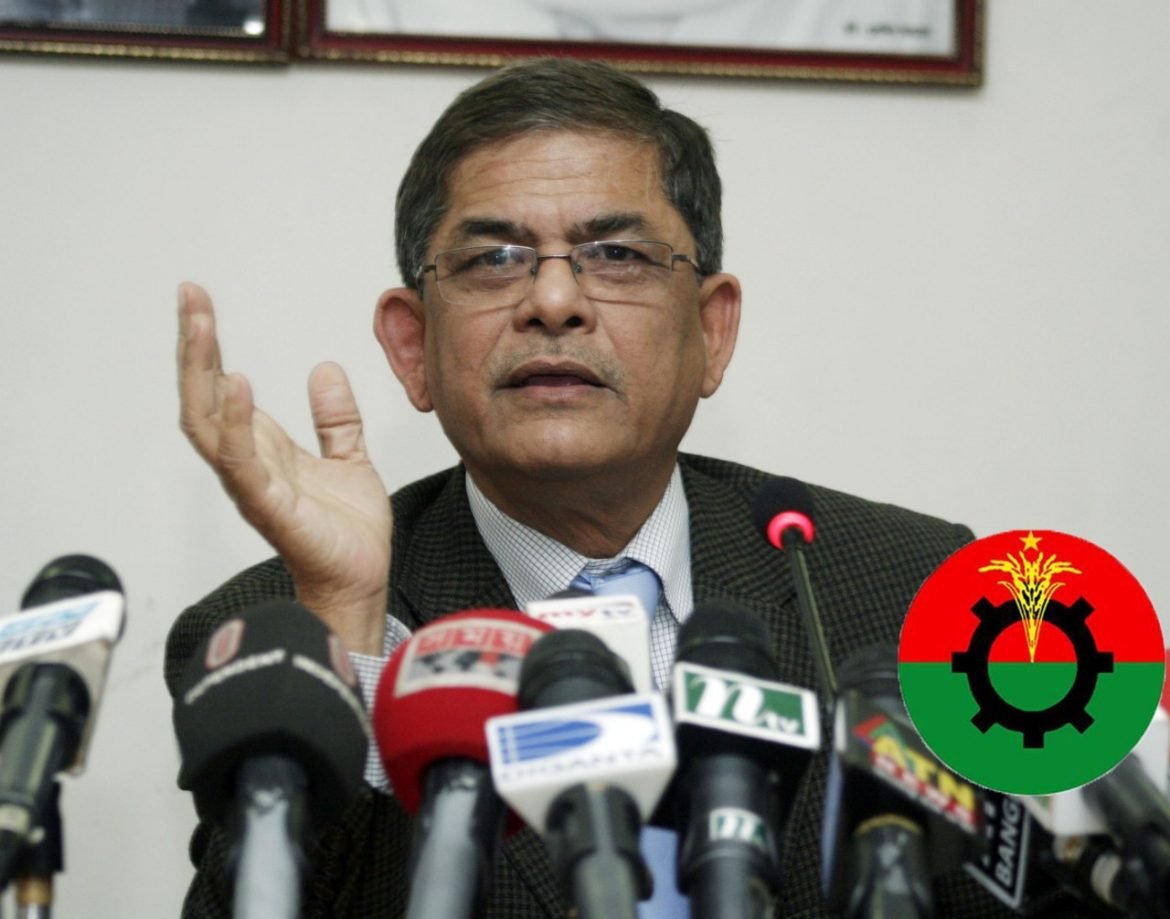 The Bangladesh Nationalist Party, popularly known as BNP, has said that if it returns to power, it’ll revoke all ‘repressive’ acts including the much-talked-about Digital Security Act (DSA).

The opposition party’s Secretary General Mirza Fakhrul Islam Alamgir came up with these remarks during a programme, arranged by the BNP, titled ‘Media Control Laws in Annihilating the Media: Bangladesh Perspective’ at the National Press Club in the capital.

Speaking at a views-exchange meeting with the journalists on Sunday, he also said his party will guarantee implementation of the Wage Board for journalists and media employees and empower the Press Council if his party forms government in the days to come.

“We would like to clearly say that if we form the government, all the repressive acts and ordinances those are obstacles to the independence of the media will be annulled,” the BNP leader said. Fakhrul also mentioned that their party believes that it is not possible to give democracy an international shape without the independence of the media. He said the current government has enacted various laws, including the DSA. “These laws are like putting a nail in the coffin of media freedom.”
The BNP leader said regulating the media is probably now one of the biggest problems in the world, especially in Bangladesh. “As we celebrate the 50th anniversary of Bangladesh’s independence, we are saddened to see that the media is being completely controlled.” Those who want to write freely and express their opinions freely, can’t do it now. Moreover, they’re being subjected to different types of repressions and threats and they are facing obstacles to performing their professional duties.”

Fakhrul alleged that the government has been controlling the fundamental issues of democracy in a planned way one after another since it came to power. In doing so, they have thought the media must be controlled first.”

The BNP leader also said almost every media outlet of print and electric and the social media platforms are controlled by the government’s intelligence agencies. “Their surveillance has reached such a level that which journalist is talking to whom or meeting whom or who are meeting an editor are being monitored by the agencies.” “Laws are now enacted to completely regulate the media, and it hurts me a lot when I see journalists are not able to write and the editors are being threatened in various ways. In fact, the courage of the journalists is being taken away through this,” he said.

Under such circumstances, Fakhrul said all should raise their voice to restore the press freedom. He said it will be ensured, if BNP returns to power, that no matter what is published in the media, the aggrieved person or organisation cannot file a case in the court without resolving the issue in the Press Council that will be reconstituted with more power. Besides, the BNP leader said their party will take steps for ensuring a fair distribution of advertisements to make the media self-sufficient. “BNP is also thinking of giving financial incentives to the media on the basis of a certain number of circulations and TRPs.”

Stating that the entire nation is now in danger, he also said that a strong unity of people of all walks of life is now necessary to restore democracy in the country and defeat the ‘fascist’ regime.

Fakhrul is confident that there will be a change in power in the country through the next national election, “We are very optimistic as the people of Bangladesh have never been defeated. We’re not excited seeing the light at the end of the tunnel as we’ve always been working to establish democracy,” the opposition party leader said.