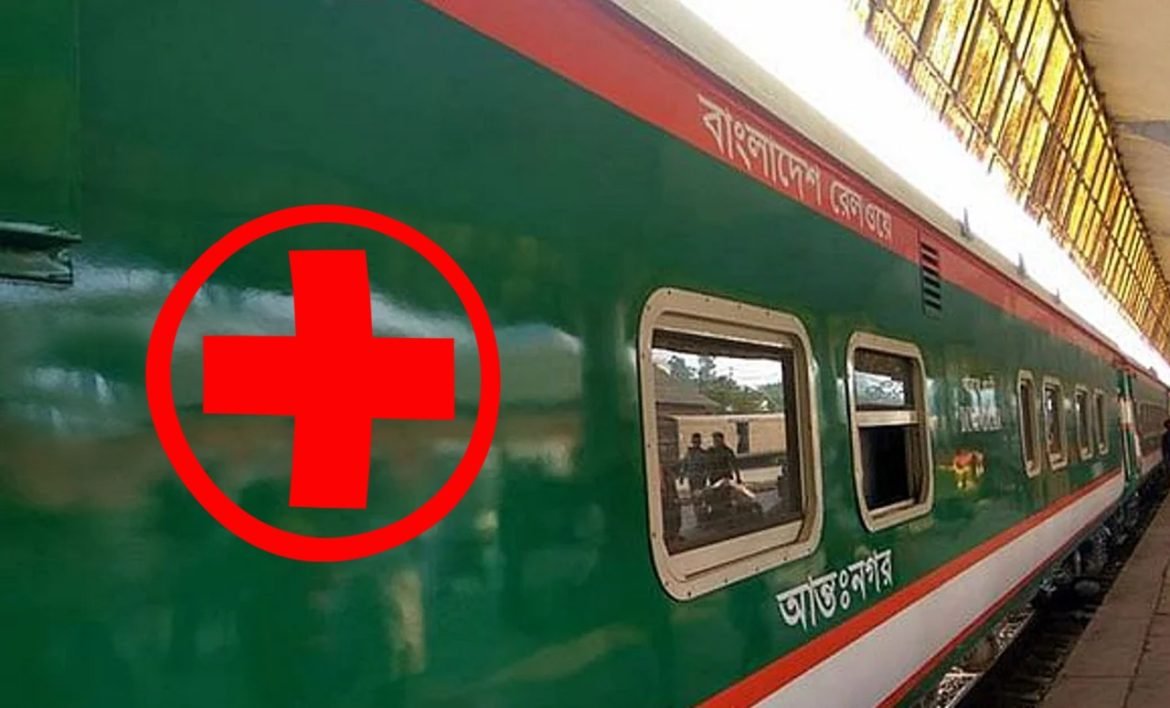 Rail ambulance service will be the new addition to the railways to ensure the service of sick passengers. Bangladesh Railway and Square Hospitals will jointly launch the ambulance in a meter gauge train.

The design proposed by Square Hospital will have three ICUs, Emergency Treatment Unit, concerned Equipment Unit, doctors’ chamber and self-contained system in the ambulance. This is the first time that a sick patient will get all the benefits of ICU in this ambulance service during the journey, which has been added to the Bangladesh Railway for the first time.

According to the railway sources, coach modification is currently underway. The railway ambulance will have specialist doctors, state-of-the-art medical facilities as well as ICU facilities. Modification activities are going on in full swing in the railway factory at Pahartali in Chattogram.

Manjurul Alam Chowdhury, Additional Director General of Bangladesh Railway, said many countries in the world have this system. Neighbouring India has medical trains, as well as operation theatres. This time, Bangladesh Railway has taken such an initiative for the benefit of its passengers.

He added that the rail ambulance service will be similar to the way an air ambulance is used to transport a patient for quick treatment after falling ill. “Like the air ambulance, we can also reach the destination by non-stop train. The coach will have a bed, ICU, doctor. And, anyone can hire a rail ambulance,” he explained.