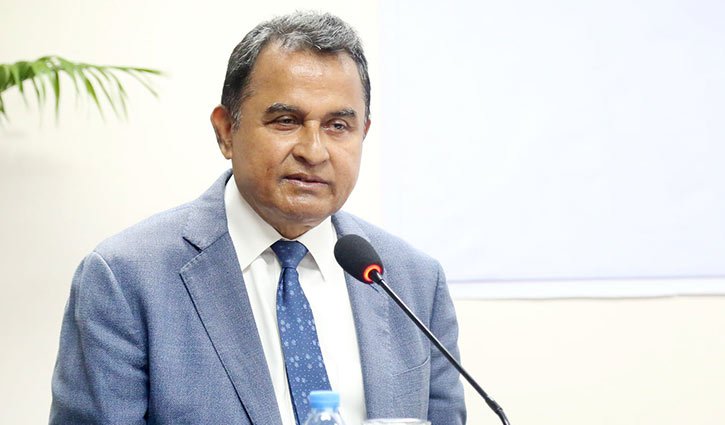 The government, in its frantic bid to bring back confidence among the investors, has spelt out a more detailed set of directives to stop freefall in indices of the country’s two bourses and make the market vibrant again.

In order to recuperate the stock market, the state-owned investment body ICB has been instructed to keep the bank’s investment out of the stock market investment limit and exposure limit. It has also been decided to double the Tk 153 crore fund given to the ICB for small investors, and extend the deadline. The funds will be invested on Monday.

During the meeting, the finance minister gave directions to bring the market back to normalcy. He made it clear that Bangladesh’s economy was on a strong footing even after the Covid-19 epidemic, and the Russia-Ukraine war crisis. In this situation, the bad condition of the stock market cannot be accepted in any way. In any case, the market must be brought back to normal and need to turn into a pretty stable market.

During the meeting, the minister directed the stock market regulator BSEC and the financial sector regulator Central Bank to work in coordination.

The correction started from last September after the issue of some disagreement between Bangladesh Bank and BSEC regarding stock market. Later, various global issues were added including the Ukraine-Russia war, rising fuel and food prices, currency depreciation, and Sri Lanka’s economic collapse.

In the meeting, finance minister also directed the state-owned investment institution ICB to provide all kinds of assistance in the market. It was decided at the meeting that from now on, the investment of banks in the stock market through ICB will be kept out of the investment limit or the exposure limit.

Discussions have been going on for the last few years about the investment limit of the bank in the capital market. How much money a bank can invest is called exposure limit.

Besides, the finance minister has directed to extend the term of the Tk 153 crore fund given to ICB for small investors which had expired. The size of the fund will also be increased to Tk 300 crore.

Furthermore, an official present at the meeting said, “The finance minister mentioned that our economy was good even in the midst of the pandemic. Many donors, including the World Bank and the IMF, have praised us. We were also good during the crisis period due to the Russia-Ukraine war. Thus, if the capital market turns unstable now, it cannot be accepted in any way.” The official also said that the decisions taken would have a positive impact on the market.

Mushtaq Ahmed Sadeq, managing director of Investment Promotion Services Limited, a former president of the capital market expert DSE Brokers Association, also hopes that the market will turn around as a result of these steps. He said, “Extreme instability is prevailing in the market. All investors, big and small, are in panic. As a result of this decision, the market will return to a positive trend.”

Meanwhile, on Sunday, the first day of the week, the Dhaka Stock Exchange index fell another 115 points, the lowest since June 29 last year. On that day, the position of DSEX was 6,042 points. However, at that time the market was rising from the bottom and investors were also in a good mood. But, in the last eight working days, the index has fallen by 555 points. And, due to the ongoing worldwide crisis, investors are panicked.

In this situation, the margin credit limit has been increased to 1:1 to increase market liquidity. That means investors will now be able to borrow as much money as they have. So far it has been 1:08. In other words, investors now can take a loan of 80 Tk against 100 Tk.