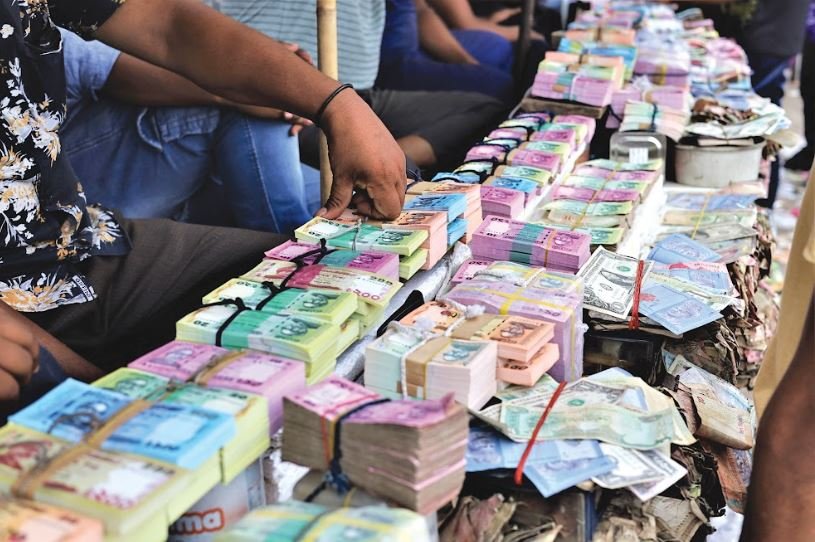 A global ranking has revealed that Bangladesh stands only next to Cambodia among the countries topping the list consisting of those with the lowest currency depreciation.

In recent times, the value of currency in different countries versus the dollar has plummeted except for a few oil-exporting countries as a result of the Russia-Ukraine conflict. In this situation, Bangladesh has been found to be ranked second in the world among nations whose currencies have recently declined against the dollar, including Asia, and first among all developing economies.

At the same time, the value of the Bangladeshi taka has increased against the currencies of practically every country in the globe, with the exception of a few oil-exporting nations.

The US dollar reached its highest level since 2002, while the taka’s depreciation continued to wreak havoc on Bangladesh’s commerce, driving up import expenses and export production and shipping costs. The Bangladesh Bank has already taken a number of steps to try to reverse the taka’s unprecedented depreciation versus the US dollar. To discourage the purchase of luxury items and relieve some pressure on the dollar, the Bangladesh Bank also directed banks to preserve the cash margin at a minimum of 25% when establishing Letters of Credit for imports that are not considered urgently essential.

Recently a study has been conducted by the Bangladesh Awami League’s Information and Research Sub-Committee. Dr. Selim Mahmud, the committee’s secretary, delivered the study report during a meeting of the party’s Information and Research Subcommittee meeting at the Bangladesh Awami League chairperson’s office in Dhanmondi on Saturday afternoon (May 22).

The analysis found that currencies throughout the world had declined against the dollar, based on globally accepted statistics. As a result, the value of Bangladesh’s currency has fallen somewhat. Bangladesh’s currency, on the other hand, has lost less value than that of other countries. Cambodia tops the list of countries with the lowest currency depreciation, while Bangladesh comes in second.

Prof. Biswajit Chanda, a member of the University Grants Commission and the Information & Research Subcommittee, claims that Bangladesh is affected by various conspiracies. The conspirators are hatching innovative schemes to bring Bangladesh to its knees. In no way could this plot be permitted to prevail to preserve our great liberation war’s ideology and spirit.

Bangladesh is a powerful country in every meaning of the term, according to Professor Dr. Mahfuzur Rahman, Chairman of the Board of Directors of Janata Bank and a member of the sub-committee. He said that Bangladesh has no compelling reason to fall back due to this sudden global crisis. But still anti-Bangladesh fractions are envious of the country’s progress and spread anti-national propaganda.

According to Dr. Selim Mahmud, Prime Minister Sheikh Hasina has laid a solid economic foundation for the country. But due to the war in Ukraine following Covid-19, the entire world is experiencing a serious economic crisis and instability. Seeing this opportunity, BNP and its supporters are currently attempting to cause significant harm to Bangladesh by disseminating misinformation and propaganda and causing instability. They are anti-national nefarious entities, and we must counter their plots for the sake of our homeland Bangladesh.

He also stated that, anti-national parties like BNP are spreading this lies because they are jealous of Bangabandhu’s daughter Sheikh Hasina and the Awami League’s towering success. They want Bangladesh to be destroyed. Therefore, they must have to be defeated at all cost. The members of the Information and Research Sub-Committee would operate as fact – checkers in all areas of the country to protect the national interest, and that they would be active on all digital platforms, including social media, to oppose misinformation and conspiracies.