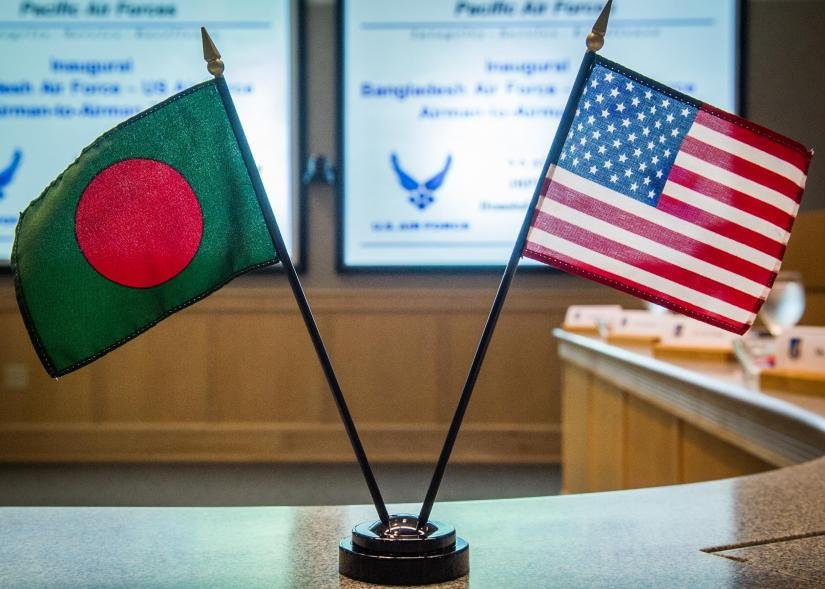 A Bangladesh delegation consisting members of the Parliamentary Standing Committee on Foreign Affairs has sought US lawmakers’ support for lifting US sanctions on the Rapid Action Battalion (RAB) and seven of its current and former officials. The US sanction was imposed on December 10 last year.

During the meetings with US Senator Ted Cruz (Republican-Texas) and Congressman Steve Chabot (Republican-Ohio) in Washington, the delegation members said RAB is making tremendous contributions to fight against extremism, terrorism and cross-border crimes including drugs and human trafficking.

Therefore, they said, it is important that the sanction on RAB is withdrawn.

According to a statement of the Bangladesh Embassy in Washington DC, the four-member delegation, led by its chairman Muhammad Faruk Khan, is visiting Washington to convince the US lawmakers for their support.

Bangladesh Ambassador to the US M Shahidul Islam was also present during the meetings on Wednesday (May 18, 2022).

The parliamentary delegation also reiterated Bangladesh’s request for the deportation of Rashed Chowdhury, the self-confessed killer of Father of the Nation Bangabandhu Sheikh Mujibur Rahman.

He said that the Caucus would help in improving further the existing friendly relationship between Bangladesh and the United States.

The delegation conveyed the urge of Prime Minister Sheikh Hasina for enhanced US investment in diversified sectors in business-friendly Bangladesh, while also appreciated the role of the Texas-based US energy companies for their contribution in 100 percent electrification in Bangladesh.

Senator Ted Cruz, member of the Senate Committee on Foreign Relations, said the State of Texas was eager to engage more with Bangladesh for cooperation in the energy sector.