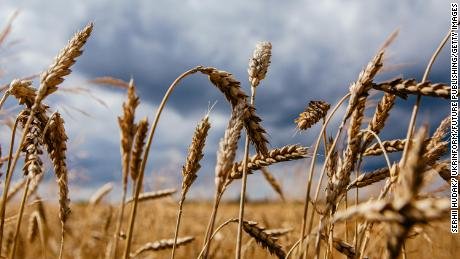 After India recently announced a halt to wheat exports, it is naturally expected to put a significantly adverse impact on countries taking wheat from the South Asia nation. And in this respect, Bangladesh is no exception. As such, Bangladeshi economists and importers have also expressed concern over the issue.

The international wheat market has changed in recent weeks due to the Russia-Ukraine war. For this, wheat imports from Canada are also in doubt. In this context, India has recently become a major source of import for this daily commodity of Bangladesh. In just three months, Bangladesh’s share of wheat imports from India as a single country rise to 63 percent. Till March 1 of the current financial year, the country has imported 2.615 million tons of wheat from India alone.

On May 13, India’s Department of Foreign Trade said it has imposed ban on wheat exports to ensure its own food security which will be effective immediately as a scorching heatwave curtailed output and domestic prices hit a record high. The impact of the global ban on wheat exports from India’s Department of Foreign Trade is bound to fall on Bangladesh. Because, through this, the biggest source of import is gone.

Meanwhile, Food Minister Sadhan Chandra Majumder has said that the decision to stop India’s wheat exports will not have much impact on Bangladesh. “We have not imported any rice from abroad in the last one year,” he said. The demand for rice is being met with the paddy produced in our country by our farmers. However, wheat is not produced in our country, it has to be imported from abroad. Wheat was imported to our country from Ukraine and Russia. But during the war between the two countries, we recently imported 300,000 metric tons of wheat from neighbouring India. What is needed later will also be imported from India. India has now privately stopped exporting wheat, not officially. Even if they do, it will not have any effect on Bangladesh. ”

The minister also said that there would be no food crisis in the country, expecting good stocks of paddy and rice from Boro crops.

Opening pair of 100 runs in Test after five years, 61 innings