Opening pair of 100 runs in Test after five years, 61 innings 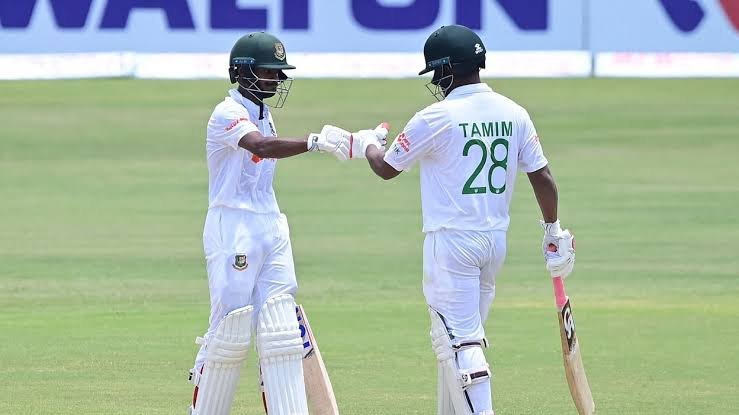 Tamim and Soumya Sarkar scored 118 runs in the last match of 2016 against Sri Lanka. Then only wailing and waiting remain for a hundred run pair. Tamim and Joy started the third day’s play at the Zahur Ahmed Chowdhury Stadium in Chattogram with 76 runs on Tuesday. On the previous day, these two batsmen made quick runs in aggressive batting. Even today, Tamim continues in the same rhythm.

Left-arm pacer Fernando bowled in the second over of the day. Tamim welcomed the bowler with two fours in a row. There was overwhelming confidence throughout the two shots. After two overs, offspinner Mendis was cut and Tamim got his 32nd Test fifty. At the end of the over, the left-handed opener got another boundary by tapping the ball on the leg side.

On the other hand, Mahmudul Hasan Joy clipped Asitha Fernando on the leg side to pick up another brilliant half-century. Mahmudul Hasan Joy easily went from 49 to 51 runs with two runs. He got the second half century of his career, which is the first on Bangladesh’s soil. The young batsman hit fifty off 110 balls with six fours. Joy has been batting well since yesterday. Accompanying Tamim Iqbal from one end. Joy scored first fifty of his career against New Zealand. He then scored a century against South Africa. He has already scored two half centuries and one century in his 5 match Test career.