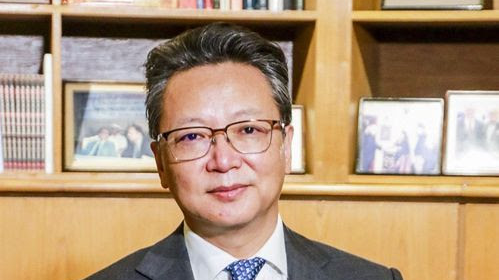 News about economic and political unrest in Sri Lanka, Pakistan and Nepal have been burning local media for weeks. Many worry if Bangladesh will follow suit. As a matter of experience, conspiracy theory usually comes along with public panic. Unsurprisingly, I see the ‘Chinese debt trap’ hypocrisy hauled out again by some Sinophobes.

According to Bangladesh’s Foreign Ministry, the US Under Secretary of State Victoria Nuland “discussed possible implications of dependence on a particular country for development project financing” during the US-Bangladesh Partnership Dialogue held last month. As many local media decipher it, the US side “renewed its advice to Bangladesh on moving away from China, and assured support by the Indo-Pacific Strategy”. It echoed another statement made by Indian Minister of External Affairs Mr. Jaishankar during the Munich Security Conference this February that he “advised Bangladesh to move away from China and turn to QUAD”.

As a civilization rich of humbleness and inclusiveness, China welcomes critiques from all walks of the international community – as long as they are tenable and reasonable. Before accepting the ‘debt trap’ verdict imposed on China by the ‘world police’ and its ‘fellas down under’, it is necessary to check whether the accusation stands the test of fact.

According to the latest Quarterly Debt Bulletin published by the Ministry of Finance of Bangladesh, the country’s debt to GDP ratio as of June 2021 is 38%, and external debt accounts for 37% of the overall debt portfolio. Among others, debt to China accounts for only 7% of Bangladesh’s external debt, a.k.a. 2.58% of the overall debt and 0.98% of GDP. Apparently, the data says by itself that Bangladesh’s debt to China falls way below any fiscal threshold of a “debt trap”.

Nevertheless, if there must be someone to blame for setting a ‘debt trap’, it seems that those who stand ahead of China on the creditor’s ranking should be suspected first. In fact, besides those much bigger multilateral creditors such as World Bank and Asian Development Bank, Bangladesh’s top-most bilateral source of external financing comes from Japan (19% of Bangladesh’s external debt, tripling the country’s debt to China). No wonder that the Honorable Foreign Minister Dr. A. K. Abdul Momen, when replying to Ms. Nuland’s allegation against ‘a particular country’, pointed out that “Bangladesh receives most of its project financing from multilateral financial institutions and also from Japan”. Ms. Nuland was apparently not challenging Japan for its loans to Bangladesh, probably because Japan is another ally of US in QUAD.

To avoid misunderstanding, it needs to be reiterated that China, when maintaining strategic partnership of cooperation with Bangladesh, stands open and ready to work with any other players to jointly facilitate Bangladesh’s march forward. However, data shows that those who point their fingers at China fall short of investment in Bangladesh. From the chart above, we see that India contributes 2% to Bangladesh’s external debt, while the US hides itself in ‘others’. As HFM Dr. Momen, who has defended China on multiple occasions, said in his message to Mr. Jaishankar, “while India has offered lines of credit and Japan has also helped with infrastructure financing, incoming loans has been ‘declining’, and it is China that has come forward with a basket of money and aggressive, affordable proposals”. So is the fact.

Funding from China – a cure rather than a poison

First, it comes in Bangladesh’s urgent needs. The row over financing Padma Multipurpose Bridge could hardly be forgotten. After World Bank’s withdrawal, it was China that came with contractors and money to supplement the investment of Bangladeshi government in the railway link of the bridge. China has been focused on industries decisive in securing long-standing stability and prosperity of Bangladesh, such as power generation and grid, transport connectivity, and environmental protection. For example, the recently completed flagship Payra Thermal Power Plant lays an arch stone to the country’s power system, making Bangladesh the first nation in South Asia to achieve 100% electricity coverage.

Second, Chinese proposals are competitive with agreeable terms. The vast majority of Chinese funding comes in form of long-term and concessional ‘soft loans’. According to The Diplomat, the average interest rate on these loans is approximately 1.23%, and Bangladesh has an average of 31 years to repay the loans, with an average grace period of 8 years. As a patient investor, China does not pursue short-term financial returns, but believes that projects with optimal utilization will surely convert into generous socio-economic rewards in the long-run, which will in turn contribute to bilateral relations in economic field and beyond.

Third, there is no unreasonable conditional terms upon Chinese funding. Financing proposals from some western creditors always come with prerequisites such as political and/or economic reform, thus dwarf sovereignty of the destination country. Bangladesh has tasted such bitterness. “We need more funding from our development partners, and that unfortunately comes with lot of strings attached and that becomes very difficult,” said HFM Dr. Momen regrettably. However, it is never the case for Chinese loans. As the world’s largest developing country, China commits herself to the principle of non-interference in other country’s internal affairs, and shares the feeling of eagerness for transparent foreign investments. For Bangladesh, China always provides a strategic alternative for fair funding.

Most importantly, projects funded by China always stick to the spirit of contract. Despite the raging global pandemic and uneasy international situation, brave and honest Chinese constructors keep wading ahead. The Payra Thermal Power Plant project has been completed ahead of schedule and saved Bangladesh 100 million US dollars. Looking forward, mega projects like the 8th Bangladesh-China Friendship Bridge (funded by Chinese aid), the Karnaphuli Tunnel, the Single Point Mooring project, the S. Alam Thermal Power Plant and the Dasherkandhi Sewage Water Treatment Plant are also expected to be completed by this year end. Compared with prevalent time extension and budget expansion on other projects, those funded and constructed by Chinese companies stand out with impressive punctuality and cost effectiveness.

It is to my great comfort that the Bangladeshi government and people fully acknowledge the good faith of China. “China stands by us by providing technical and financial assistance for the construction of many major structures, including the Padma Bridge”, said State Minister for Disaster Management and Relief Md. Enamur Rahman, “China is a time-tested and trusted friend in Bangladesh’s development”.  A Bangladeshi netizen also commented on my Embassy’s Facebook page that “China has invested in Bangladesh’s development infrastructure at a time when the world is in a state of economic turmoil”, “China is our original friend”.

Some observers are keen on defying prediction of Bangladesh based on the current economic tension in Sri Lanka. It needs to be noted that the headwind Sri Lanka is facing comes largely from the sharp decline of tourism revenue after the 2019 Easter Bombing, the shrinking remittance since COVID-19 pandemic broke out globally, the soaring price of food and energy due to disturbing international situation, and the harsh damage to global supply chain attributed to unilateral sanctions waged by some countries.

The foreign debt issue may have contributed to Sri Lanka’s financial difficulty, yet it is irrational to scapegoat China. Figures show that ADB is Sri Lanka’s top-most single creditor. Japan and China respectively account for 10% in the portfolio. Also notably, nearly two-thirds of Sri Lanka’s external debt is counted in US dollars. With the US Federal Reserve signaling its readiness to shrink balance sheet, US dollars retreat rapidly, accelerating depreciation of Sri Lankan Rupee and further devastating the country’s foreign currency reserve.

The Indian Ocean calls for inclusive partnership, not exclusive dominance

In the Indo-Pacific Strategy released by the White House this February, the US makes it clear that it sees China as a particular challenge in the region. By intentionally isolating and excluding another member of the international community, Washington dishonors its own words of forging a ‘free and open’ Indo-Pacific. What we see them doing is nothing but preaching the ‘democratic’ ideology in a way of Western dominance ‘dictatorship’. Under Secretary Nuland’s blatant and condescending warning to Bangladesh further annotates the US’s ingrained mindsets of white-supremacy, hegemonism and power politics.

Today we all live in a multi-polar world where sovereign states are equal to each other. The Indian Ocean is vast enough and its littoral states are so dynamic that all interested development partners may be well accommodated in the region to achieve win-win outcome through earnest cooperation. It is high time to discard the dirty play of fabricating and weaponizing the ‘Chinese debt trap’ hypocrisy that does good to nobody. In this regard, I would like to salute Bangladesh’s vision for “a free, open, peaceful, secure and inclusive Indian Ocean instead of dominance by any single country”. The voice of Bangladesh shall be heard.

Chinese Ambassador to Bangladesh since 2019