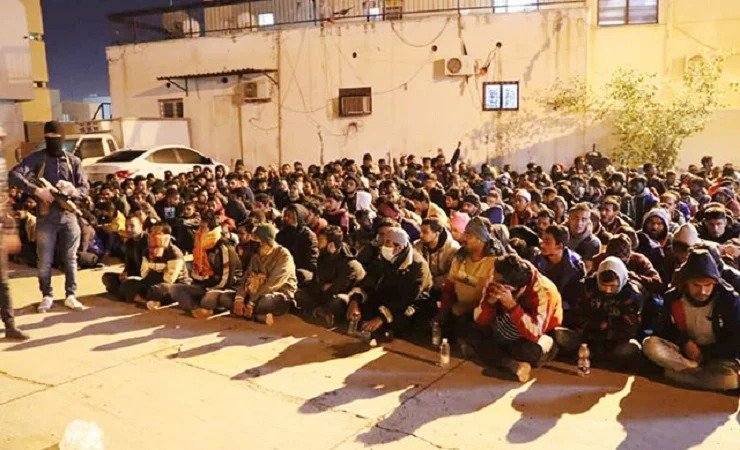 Police have detained more than 500 Bangladeshis from the Mediterranean coast. The illegal immigrants were reportedly detained on Saturday as they prepared to cross into Europe from the eastern coastal district of Misrata in the Libyan capital.

The news was reported by various local media outlets quoting the Libyan police. Libyan TV Al-Ahrar reports that about 600 migrants have been detained in a surprise raid on the coast. The TV channel has released multiple pictures and videos of the detainees.

Misrata Metropolitan Police also posted the same on Facebook. A statement from the Misrata Security Directorate said that about 600 illegal immigrants had been detained while preparing to cross the sea into Europe. Most of the detainees are citizens of Bangladesh. They were preparing to sail from the coast of Zarich to Europe.

Meanwhile, sources at the Bangladesh Embassy in Tripoli said that as there were a significant number of Bangladeshis among the detained migrants, two officers were immediately assigned to the detention centre for follow-up. They are in close contact with the IOM and local police. The embassy said some of the detained migrants had been brought to Tripoli.

The embassy team was able to contact 240 people on Sunday. Citizenship verification and selection of detainees has been started. As soon as the report comes, it will be confirmed how many Bangladeshis were there.