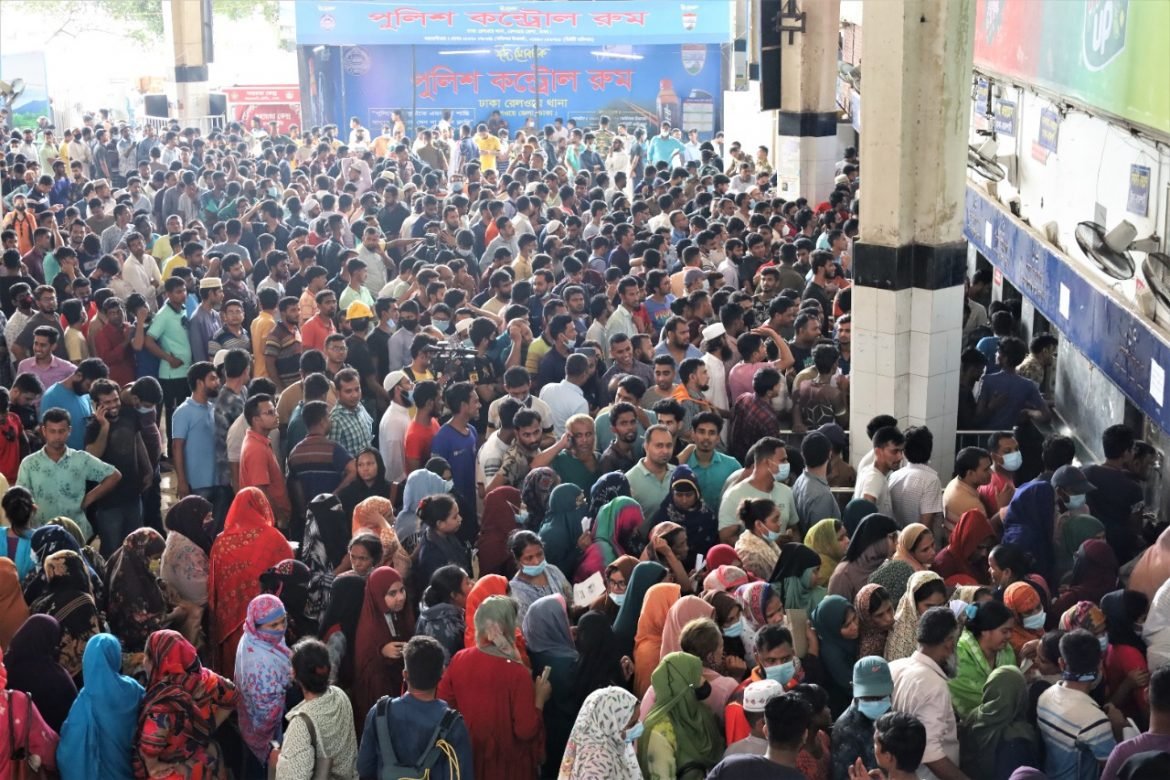 Hundreds of people had to undergo sufferings as they came to buy train tickets at the Kamalapur Railway Station in the capital early today.

With the skyrocketing demand before the ensuing holy Eid-ul-Fitr, tickets are not available online either.

The ordeal began with the sale of advance train tickets on the occasion of the Eid. In fact, the city’s Kamalapur Railway Station neighbourhood has been witnessing huge gathering of ticket aspirants since the first day of ticket sales.

Some of the passengers had arrived at the station early in the morning with some coming even much earlier. As the day progressed, the passenger line became longer than usual.

Those standing in line for longer hours were happy upon getting tickets, while many said they didn’t get tickets even after waiting in line for quite a long time.