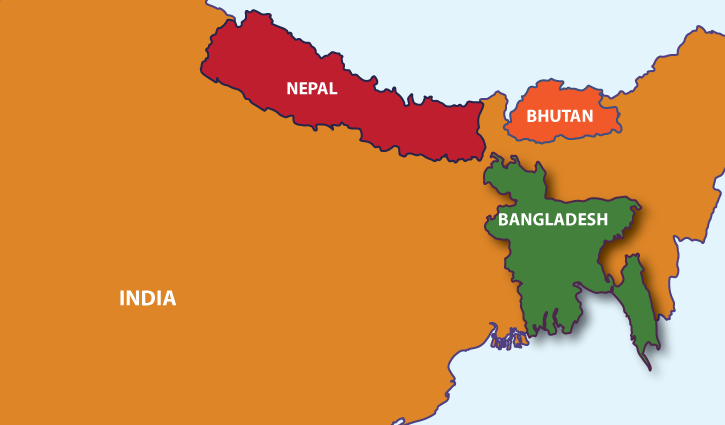 If the Motor Vehicle Agreement becomes operationalised, it will enable seamless movement between the four South Asian countries, facilitate trade and advance people-to-people contact among the countries. It will also help recognise the full potential of the trade and people-to-people connectivity between BBIN countries by fostering superior sub-regional collaboration.

Neighbouring countries Bangladesh, India and Nepal have recently reached an enabling memorandum of understanding (MoU) for implementing the Bangladesh-Bhutan-India-Nepal (BBIN) Motor Vehicles Agreement (MVA) to further enhance trade and connectivity among the region. This development comes in the wake of March 7-8 meeting of the BBIN countries in New Delhi, where Bhutan joined as an observer.

During the meeting, an enabling MoU to be signed by India, Bangladesh and Nepal for implementation of the BBIN MVA by the three countries, pending ratification of the MVA by Bhutan was finalised. Bangladesh, India and Nepal have also agreed to launch trilateral routes within six months. During this time they want to launch at least one or two routes for passenger and freight vehicles. It will be implemented under the banner of BBIN, said a senior official of the Nepal government.

“We have reached an agreement on opening Kakarbhitta-Kolkata-Dhaka or Biratnagar-Kolkata-Dhaka routes in the next six months,” Keshab Kumar Sharma, joint secretary at Nepal’s Ministry of Physical Infrastructure and Transport said.

He added that each country would have two subcommittees to review and recommend issues related to land transport and tariffs, and the project would be finalized by a joint committee. Keshab Kumar Sharma said they had agreed to form sub-committees within
a month. The committees are expected to report back in June.

The delegates also agreed on some other specific stepsand timelines to expeditiously finalise the Passenger and Cargo Protocols for the implementation of the BBIN MVA. Asian Development Bank (ADB) provided technical and knowledge support to the meeting.

The decision to finalise the MoU was taken at the recent two-day meeting with participation of senior officials from Bangladesh, India and Nepal. Officials present at the meeting agreed on the steps and deadlines required for speedy finalisation of the Passenger and Cargo Protocol for the implementation of the BBIN, MVA signed on 15th June 2015.

“Recalling the pledges made at the highest level for implementation of the BBIN, MVA, the delegations expressed their wish to sign the MoU at the earliest to give momentum to the implementation,” said the Indian Ministry of External Affairs (MEA) in a statement. The meeting was held primarily to discuss the passenger and cargo protocols that are essential to operationalise the MVA. This was the first meeting between the countries since the outbreak of the Covid-19 pandemic
as the last meeting was held in New Delhi in February 2020.

Once the MVA is operationalised, it will enable continuous movement between the countries, facilitate trade and people-to-people contact among the countries. The conclusion of passenger and cargo protocols to operationalise the MVA will also help recognise the full potential of trade and people-to-people connectivity between BBIN countries by fostering superior subregional collaboration.

It will give a push to India’s Neighbourhood First Approach foreign policy in which Bangladesh will be moderately benefitted. It will also enhance the swiftness of the cargo and passenger movements which is an important factor to operationalise the BBIN, MVA, for the Regulation of Passenger, Personal and Cargo Vehicular Traffic between Bangladesh, Bhutan, India and Nepal.

The BBIN connectivity project was adopted after the South Asian Association for Regional Cooperation (SAARC) failed to agree on a regional motor vehicles agreement at a summit in Nepal in 2014 following disapproval from Pakistan. The four South Asian nations signed the BBIN agreement in Bhutan’s capital Thimphu on 15th June 2015, which was seen as a significant symbol of sub-regional unity. The agreement allowed for the regulation of passenger, personal and cargo vehicular traffic among the countries.

A meeting of Bangladesh, Bhutan, India and Nepal on MVA in Delhi came up with the decision on 27th November 2020 where Bangladesh, India and Nepal decided to go ahead with a regional motor vehicles agreement as Bhutan temporarily opted out of the deal. Although, the country later contributed in afterward meetings regarding MVA as an observer.

In the meeting, under the cargo protocol, Bangladesh sought a bank guarantee provision for cargo freights. Then, India suggested that financial transactions be kept only under customs bonds. However, the meeting finally agreed on the inclusion of bank guarantees in the protocol.

Though Bangladesh, India and Nepal earlier agreed on most of the provisions of the draft cargo protocol, the three neighbours could not get to the point over issues such as the weight of the cargo, introducing bank guarantees against cargo freights, and the amount of goods a country can transport through others.

Boosting National Income: According to a World Bank report, the seamless movement of vehicles between Bangladesh and India for trade could raise Bangladesh’s national income by 17 percent.

Boon for North-East Region: It will provide faster and cheaper access to products from Northeast and boost real income in some states.

Addressing Concerns: Among the major concerns that India and Bangladesh need to address in the MVA include protective tariffs and nontariff barriers, and a broad trust deficit throughout the region.

Gaps in Implementation: Main gaps that operate in the implementation of MVA include lack of standards in the design of the infrastructure, absence of rules on drivers’ training and license, restrictions on visa, entry and exit points, and even routes that drivers can take. If these gaps are sorted out, it will be flourish benefits in all the South Asian countries.

To wrap-up, it is very important for the BBIN to get an adequate and logical scope as the initiative has much potential being a very promising platform. People in all the member countries will be immensely benefited from the ease of connectivity, which may lead the region to be a more connected and integrated one like Europe. However, the success of this initiative will depend much on the countries to make it acceptable across the political spectrum in neighboring nations.