Tale of a Positive Precedence in Project Cost, Delivery Time 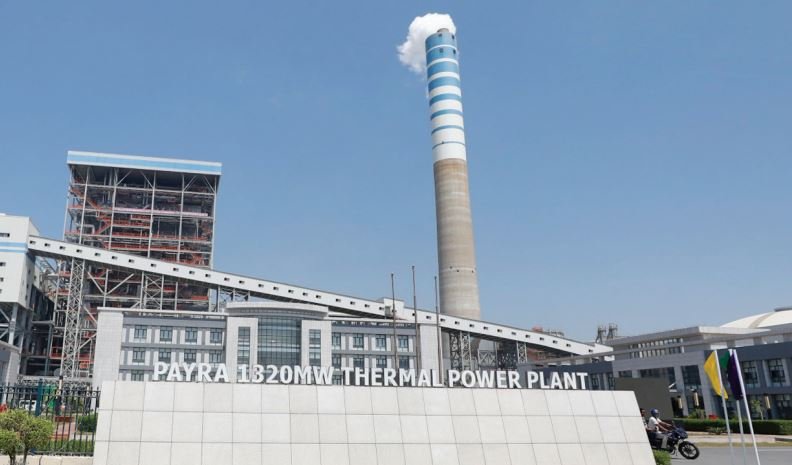 Payra Thermal Power Plant sets history in Bangladesh for quick construction, lowering power generation cost, and using ultra-supercritical technology. With the mega project’s unveiling, the country will enjoy generating electricity at a much reduced cost, which will ultimately accelerate the development endeavours of the country, reports HM Al Imran Khan.

Mega public projects begin with mega budgets and end too with extension(s) of time pretty often as part of a country’s development endeavours. In a developing economy, these are more of a common phenomenon. But saving project cost while reducing delivery time is what comes as a pure rarity. In one such exceptional case, Payra Thermal Power Plant has set an example of prompt completion of a massive project even before the scheduled time and that’s too at a lower cost than estimated. And this has become a milestone in the history of the country as well. The 1320 MW thermal power plant – located in Patuakhali district in the south part of Bangladesh- is a joint venture between Bangladesh and China.

The North-West Power Generation Company Bangladesh Limited (NWPGCL) and China National Machinery Import and Export Corporation (CMC) jointly hold the ownership of this project that started its journey in March of 2015 immediately after signing an agreement to establish the plant. The power plant is made of two power generation units with 660MW power generation capacity each. When the power plant comes into full-fledged operation, it will reduce the cost of power production as the dependency on diesel and furnace oil-based plants to generate electricity will be lower.

But why is this particular power plant so important? How has it reduced the cost? And how has it saved time? Let’s venture into the answers to these most asked questions.

The first factor is that the Payra Thermal Power Plant has been completed before its pre-set schedule. And this is an exception for government projects. Usually, a government project takes more time than the estimated completion period. And it was also not in the priority list of the government’s 10 projects. Alternatively, the government prioritised Rampal and Matarbari projects, which are yet to be completed, let alone production.

So, it becomes a positive precedent in terms of delivery time. Prime Minister Sheikh Hasina inaugurated the power plant on March 21, but the project in fact started unofficial operation nearly two years ago. One of the power plant units started its unofficial operation on January 13 in 2020, while the second one started operation on August 26 of the same year. Due to the unavailability of the premier’s schedule for the outbreak of the coronavirus pandemic, it was not possible to launch them officially. But this time, the PM unveiled it in-person.

It’s yet another surprise that the construction cost of this massive project was lower than expected. The reduced cost is the outcome of the quick construction. When the construction is faster, usually the costs go lower to some extent. And the similar approach is applicable here. It has become a trend to delay development projects, but Payra 1320 MW Power Plant is the exception, and also has set an example in this regard.

According to the information from the Ministry of Power, Energy and Mineral Resources, it is the largest power generator in the country. The estimated cost of construction for this project was set at Tk 21,000 crore ($2.47 billion). And the duration of construction was around six years.

But surprisingly, Payra Power Plant took less than four years to complete and come into operation. In fact, the entire project was completed within 47 months, and the target was set to end the construction by 48 months after the contract signing. Besides, the actual cost for constructing the power plant was Tk 19,550 crore (equivalent to $2.30 billion).

Even, the government itself is appraising the project for its speedy completion and operation. State Minister for Ministry of Power, Energy and Mineral Resources Nasrul Hamid told media that construction of such a gigantic project in a short time is a milestone in the history of the country. He also said that it’s a great success for the Energy Division. “We saved our time, efforts and funds in this project”, noted the state minister.

It was not feasible for the country to afford such a large project alone. So, cordial support was received from China. Now both the countries have equal share in this mega project. Bangladesh got around 80 percent of the construction cost as loan assistance from a Chinese bank. Regarding the construction of this Payra Power Plant, Bangladesh Power Development Board (PDB) signed a deal to get power from the plant. The agreement was signed in September of 2016.

Generally, funding for such massive projects takes a long time. Because of bureaucratic processes and practices, it takes more than a year to arrange funding even after completing all the documentations, according to government officials. But the Payra plant project was an exception here too. It took just about a month to arrange funding for this project. Besides, construction needed around 1,000 acres of land. But the authorities acquired the land within eight months. In line with the land acquisition, the other preparatory activities continued simultaneously.

Coal usage in generating power is deemed as the number one culprit for carbon emission. But Payra Power Plant is special in the sense that it will use the ultra-supercritical technology in power generation alongside coal. The technology is capable of reducing the damage of coal use.

The Payra plant will use around 40 lakh tons of coal every year for power generation But the ultra-supercritical technology will lessen the environmental damage. Being an eco-friendly project, the emission of carbons will be checked periodically. Hence, there would be limited impacts on the environment of the country.  And this technology is being applied in almost every other country of the world to check the carbon emission and protect the environment.

Prior to this power plant, Bangladesh had the largest capacity of generating 450 MW. Now, the country has three power generation plants with the same capacity, and three others will start production in near future. The power plants are Rooppur nuclear power plant (2,400 MW), Rampal thermal plant (1,320 MW) and Matarbari power plant (1,200 MW).

If all power plants start full-fledged operation, electricity generation cost will lower. The plants will cut reliance on furnace oil-run plants or diesel-run plants for power generation. PDB says it cost Tk 30 to produce per unit power using diesel-run plants. At the same time, the cost is Tk 14 and Tk 8 for furnace oil-run and coal-run plants, respectively. It appears that the average cost of power generation stands at around Tk 8 or more per unit. But when the country’s large power plants become operational, the cost will come down to a substantial extent.

Expert’s term Payra Plant as one the best projects for being constructed in less time, using the best technology and of course, the expenditure being lesser as well. So when the plants generate power, it would be easier to get electricity at a reasonable price, which will benefit the countrymen, local productions and finally reaching the Sustainable Development Goals (SDGs). However, it is imperative to ensure that the Payra Power Plant’s production process is never delayed or hampered for the want of coal or other supplies. Proper maintenance of the plant is also a must.

In The Age Of 100% Electricity

Bangladesh entered the age of hundred percent electricity with the inauguration of the Payra plant. PM Sheikh Hasina announced the implementation of 100 percent power supply in the ‘Mujib Century’ during her opening speech. She said, “Payra 1320 MW thermal power plant is the largest power plant in the country so far. Bangladesh is now the 13th country in the world to use ultra-super critical technology. The centre uses energy efficient and environmentally friendly clean coal technology. Flue-gas desulfurization (FGD) units and a 99% efficient electro-static precipitator (ESP) have been added to control sulphur emissions.

She said, “Once our other power plants under construction are made to order, we will be able to reach our target in time. It will balance industrialization across the country, increase domestic production, increase employment and help alleviate poverty. As a result of the relentless work of local and foreign workers, engineers and experts even during the time of the epidemic, I would like to express my sincere gratitude to all for completing the construction of Payra Thermal Power Station on time.”

Changing The Market Dynamics of Bangladesh