Online Gambling: The Inception of Virtual Casino in Bangladesh 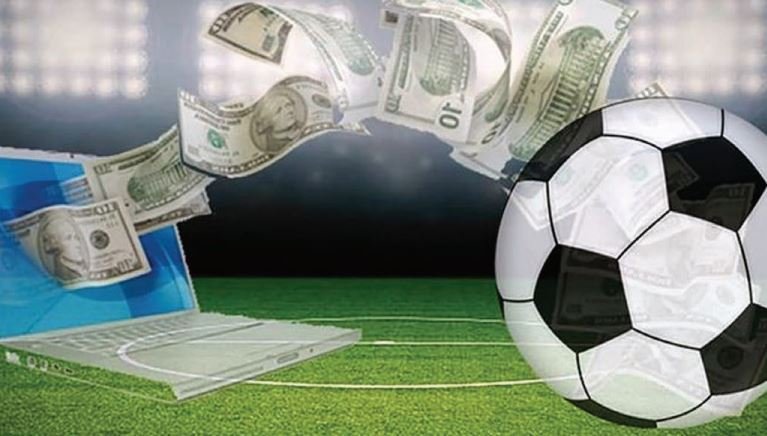 From the technological advancements that facilitated the inception of systems such as MFS, Edu-tech, transportation, e-commerce Systems etc. in Bangladesh and helped bring unprecedented developments; is also bringing a dark threat over the economy of Bangladesh. The looming threat that online gambling poses against the financial sectors of Bangladesh is gradually spanning out of control and is poised to exponentially increase and harm the economical foundations of the country. In the ever-circling maze of the web with its levels deepening every layer while expanding across the unfathomable horizons of numbers and codes; remains an obscurity that can consume any fabric of security regardless of the measure taken against. And from within this darkness of the internet, the crises of online gambling arise. But in order to understand what led us to the darkness of online gambling, we first need to go back to the crackdown on the veil of gambling that revealed this entire industry shrouded in mystery, lurking behind the shadows of the capital city Dhaka

It all started, more like happened on 18th September 2019. A landmark enforcement event in the capital of Bangladesh where all the major law enforcement agencies cracked down on roughly 60 casinos across Dhaka. An underground industry thriving beneath the bustling crowd of the capital that swirled no less than BDT 1.2 billion every night. And it all came down overnight in a joint operation employing the intel of the 36,000 enforcement personnel and their networks. Within a single night the Las Vegas from the shadows of the capital came into the light awestriking the masses. In one fell swoop, the country shook up and realized the unfathomable depth of corruption within the country. As for the concerned stakeholders, the sheer scale of the event forced their lips shut from uttering anything as a single nudge of work would tear them apart against the outrage of the media and masses.

Within the following year, the authorities confiscated roughly BDT 4.4 billion worth of assets essentially freezing the casino business of the country. Or so we thought! But even though the actions of the law enforcement agencies were strong enough to cripple the gambling industry, it couldn’t stop their operations. And for the sinister onlookers, this whole incidence merely exposed the scale of demand in the market along with the opportunity to move in. Thus, owing to the lack of opportunities in offline gambling; for the first time in Bangladesh the small window to online gambling was forced open to turn into the gateway for becoming the new face of gambling industry.

What is the overall situation at present regarding increasing occurrences of gambling?

“Dhaka Metropolitan Police is aware of the gambling ring leaders. It is a matter of deep concern that, in Bangladesh, for few recent years, gambling is spreading even in rural areas. All gambling websites are blocked and any form of gambling is strictly prohibited by law.”

Have the authorities created any concrete plan for taking down the 2300 gambling agent accounts reportedly siphoning off over BDT 50 crore per day? “Regarding the gambling sites, Police take assistances from BTRC to block them entering. DB police is also working on freezing accounts used on online betting. Specially, cyber and special crime division of Detective Branch (DB) regularly operates patrolling. DB has already created specific list regarding top gamblers operating.”

What is the status of collaboration between DB and Interpol for tracking down the ringleaders?

“DB police has already started working on collaboration with Interpol to track down gamblers sheltered out of the country.”

Have the authorities identified any other individuals related to the core of such crime?

“DB police already been able to arrest five of the top listed gamblers. In addition, 12 dealers of cryptocurrencies have been sent to jail. Through investigation, we have found evidences of multi-million dollar transactions.”

Has there been any stricter regulation for mobile financial services (MFS) to create a fool-proof authentication system and reduce and track the number of fake accounts?

“DB has tracked down numbers used in MFS. We have blocked the numbers and listed persons registered to the numbers.”

Going forward alongside BFIU regarding online gambling, how does CTTC plan on tackling or eradicating the situation altogether?

“DB police, cybercrime unit and BFIU are working together to reach the root of gambling and online betting in Bangladesh.”

Is there any connection between gamblers and money launderers in Bangladesh?

Money laundering incidents are mostly happening through gambling and crypto trading in recent times. BFIU has listed such incidents and DB police is currently working on that.

Furthermore, the seemingly safer environment with minimal contact and almost no in-person interactions, this new platform of gambling speedily rose to popularity. Especially after the 2019 crackdown, the illegality of any form or act of gambling in Bangladesh became crystal clear to those regularly involved in the scene. When punishments like fines and imprisonment enforced on an unprecedented scale, it knocked the courage out of anyone even dreaming of committing the act. But online gambling allowed a different scale of relief as it allowed various protection features such as anonymity for the user to protect them from the law enforcement agencies. The convenience of gambling from a safety and without any first-hand interaction can create a false sense of assurance that can lead to encourage more gambling. All this accelerated the growth of online gambling with massive transaction taking place on a daily basis.

By the end of 2021, the average daily transaction over online gambling reached up to almost half a billion in BDT. And this massive amount of money was being channelled utilizing nearly 2,300 gambling agent accounts across Bangladesh. The convenience of the comfort of staying anywhere paired with the utilization of latest MFS technologies to acquire the appropriate currency makes betting too easy for the gamblers. The process is broken down as follows; the gambling agents collect money via various MFS channels, then they transfer the required type and amount of currency in the designated virtual account of the client. This process includes the usage of cryptocurrencies more often than other forms of currencies. And this form of currency conversion is extremely risky for the economic stability of the entire country. Processes like these can have an extremely detrimental effect of the currency reserve in the foreseeable future, unless proper precautionary measure are adopted. This very system of unregulated and untraceable currency transfer for betting risks the currency rate and every economical factor related to it.

1xBet, Krikya, Ruby fortune, Jackpot city, Megapari etc. are among top popular online gambling sites in Bangladesh. Such websites are blocked in Bangladesh; however, betters are using VPN and other online loopholes to dig in these illegal transactions. In addition, online gambling is creating new channel for money laundering. Using two gambling sites “mazapbu.com” and “betbuzz365.bet”, three persons siphoned off 30 crore BDT abroad. The DB police have arrested them from Khilkhet in Dhaka. Before that, CID arrested another nine over online gambling charge from Meherpur, Chuadanga and Cox’s Bazar; which bears the evidence that, gambling has spread outside of Dhaka also.

To conclude, the complications with online betting involve a series of money circulation similar to that of money laundering. In fact, the sheer amount of monetary transaction in leagues of half a billion taka overnight can put the country in serious economic risk over a relatively short span of time.