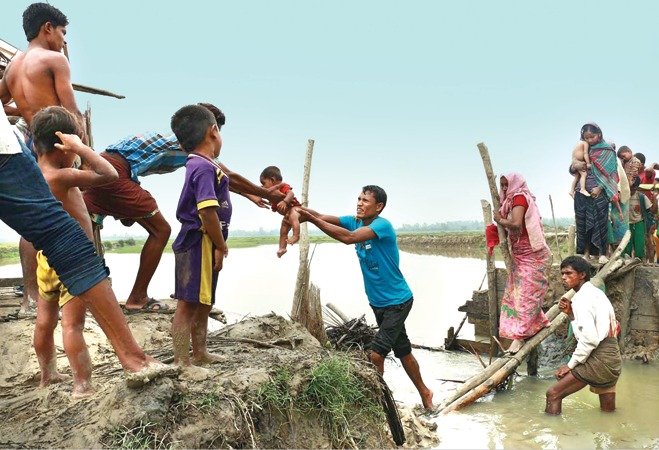 For the first time, US President Joe Biden’s administration has acknowledged that the Myanmar military’s intentional crackdown on the Rohingya minority in southwestern Rakhine state has been a genocide.

Washington has found evidence of genocide and crimes against the Rohingya people, said several top US officials.

US Secretary of State Antony Blinken was due to announce the official US position against Myanmar’s military at a Monday ceremony at the US Holocaust Memorial Museum in Washington DC, said the US media.

Meanwhile, the United Nations (UN) has been calling the brutality against the Rohingya in Myanmar a genocide from the beginning. However, the US was hesitant to call those huge number of incidents of murder, rape, arson as genocide.

When Myanmar military cracked down in 2017 on the Rohingya, which is a Muslim minority in southwestern Myanmar, about one million people crossed the border and took refuge in Bangladesh. The UN has been demanding that Myanmar’s top military officials should be charged with genocide.

In 2018, the US State Department stated that violence against the Rohingya in Myanmar’s northern Rakhine State was “extreme, large-scale, widespread, and seemingly geared toward both terrorising the population and driving out the Rohingya residents.” The US has imposed sanctions on several military officials, including Myanmar military’s top brass Min Aung Hlaing, for alleged human rights abuses.