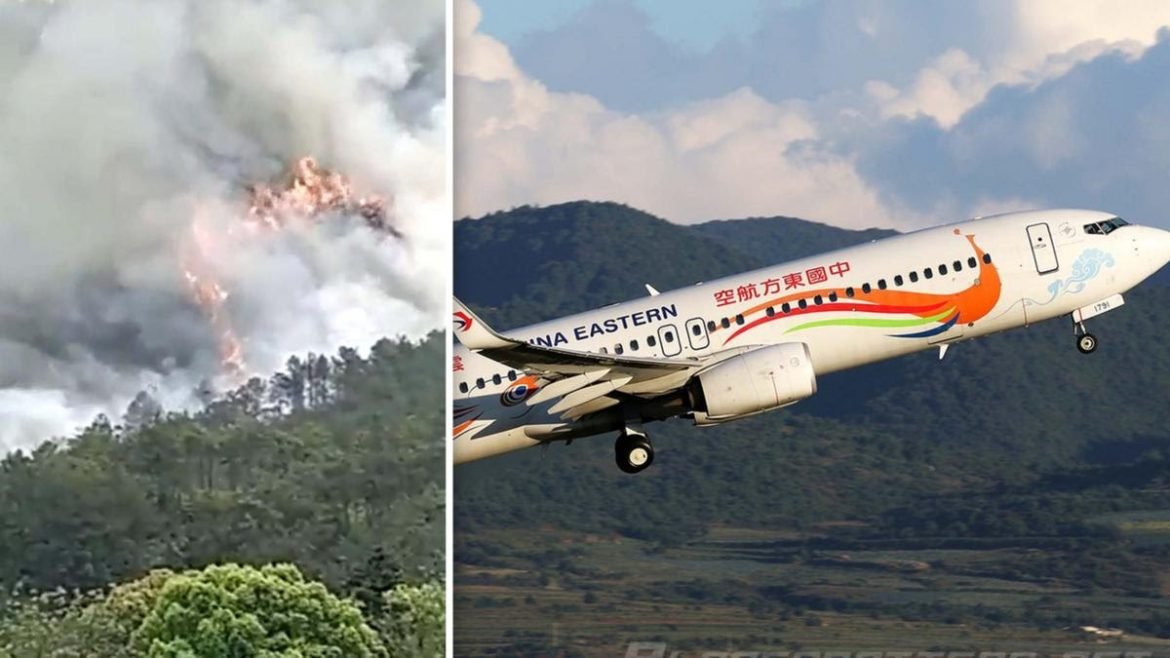 A Boeing 737 plane, operated by China Eastern Airlines, crashed in rural areas near Wuzhou city of China’s Guangxi region. The Civil Aviation Administration of China (CAAC) confirmed this on Monday.

Of those on board, the flight had 123 passengers and nine crew. The plane was reportedly flying from the city of Kunming to Guangzhou. According to CAAC, the aircraft lost contact over the city of Wuzhou.FlightRadar24, a leading flight tracking site, said the Boeing 737-89P rapidly lost speed before entering a sharp descent.

The Chinese state media said that the aircraft crashed in a mountainous region and sparked a fire in the forest.

Visuals of the crash circulated on social media showed a massive fire raging on a mountain side. There is no immediate information on casualties. Emergency and rescue teams have been scrambled and are en route.Over the past decade, China’s airline industry has been among the best in the world as the Aviation Safety Network said the last fatal jet accident was in 2010.

China Eastern is one of China’s three major air carriers.