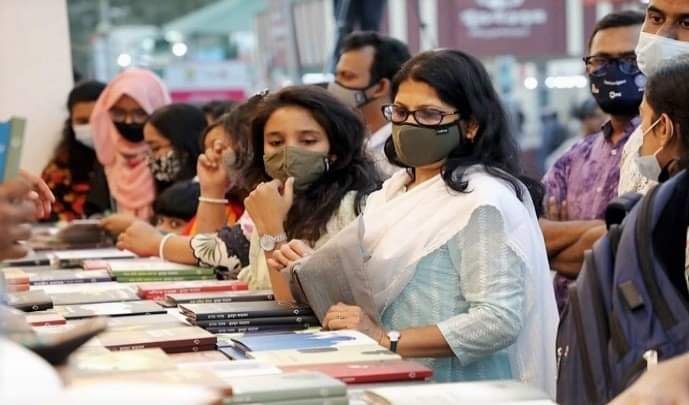 “A nation that does not read much does not know much. And a nation that does not know much is more likely to make poor choices in the home, the marketplace and the voting booth. And those decisions ultimately affect the entire nation including the literate and illiterate.” This beautiful sentence is quoted by American author Jim Trelease. A reading nation is what Bangladesh needs now to keep up the pace of development. The record sale of this year’s book fair indicates a good sign for the country which is, a reading nation is growing up in Bangladesh. Bangladesh is progressing in every sector and not very far from Least Developed Country graduation. So, this is a high time for the country and nation to uphold their culture and become intelligent to face the challenges ahead.

Such encouraging information was given by the member secretary of the fair and director of Bangla Academy Jalal Uddin Ahmed during the closing ceremony on 18th March.

According to experts, one of the most important things in building an educated and conscientious nation is to motivate them to read books. If you take a look at European and Western countries, you will see that even in modernization, they have retained an old habit, and that is reading books. There is also a huge demand for books in neighbouring India. Bangladesh has to face many challenges ahead. So, now the country needs to build an educated and intelligent nation, in which case there is no alternative to reading books.

State Minister for Culture KM Khalid, Director General of Bangla Academy Poet Muhammad Nurul Huda and others were present at the closing ceremony of this year’s book fair.

Due to Covid-19 pandemic, Amar Ekushey Book Fair started on 15th February this year. It was inaugurated by Prime Minister Sheikh Hasina through virtually connecting from Ganobhaban. At first it was said that the fair would be held for 14 days, that is, the fair was to end on 28th February. Later, in the greater interest of publishers, readers and visitors, the book fair was extended till 17th March.