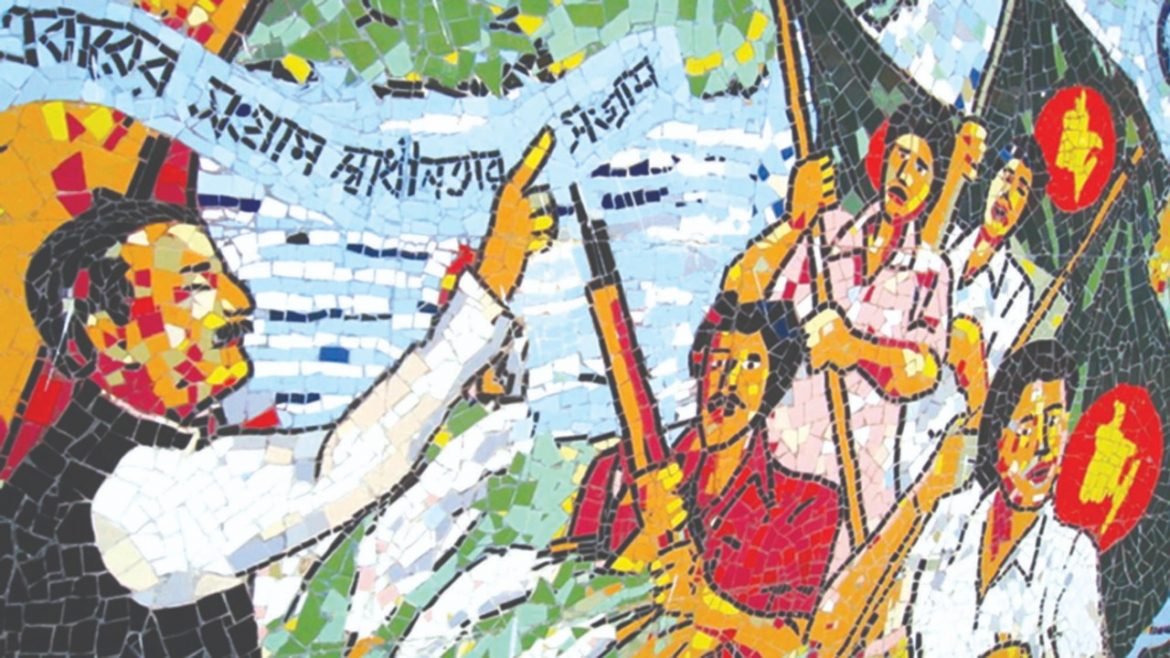 Bangabandhu and Bangladesh are two inseparable names. The country came into being through an armed battle back in 1971, when Bangabandhu Sheikh Mujibur Rahman set the tone for the great War of Independence – thanks to his unique war strategy as was unveiled during his historic 7th March speech.

Although Awami League won an absolute majority in the 1970 elections, the Pakistani government made various excuses in the case of handing over power to the elected representatives. Following this, Bangabandhu convened a meeting and accordingly stood before the largest public gathering in the history of the nation on 7th March 1971 at the Racecourse Ground (Now Suhrawardy Udyan).

In his 18-minute unwavering speech, Bangabandhu outlined and provided direction for independence and set the war strategy. This was that very practicable speech that inspired seventy million Bengalis to engage into the imminent liberation war – thereby turning bamboo sticks into weapons of destruction and homes into strongholds as the Father of the Nation ordered to turn every households into fortress.

He also issued several other directives instructing people not to pay taxes, asking government servants to take orders only from him, outlining that the railways and ports can continue to function but their workers should not co-operate if they’re used to repress the people of Bengal.

In fact, these were the commands that helped set out the tempo, tactics and in a broader way the strategy of the struggling nation’s War of Independence. People finally came to the much-needed point of realisation that it’s now or never and consequently joined the war when called by their supreme leader.

Following Bangabandhu’s epoch-making 7th March speech, the students of then East Pakistan enforced aggressive programmes and nationwide strikes in protest against the hugely-criticised autocracy of then West Pakistan. Every Bengali, working under then Pakistani government, agreed and acted accordingly.

West Pakistan had applied Martial Law at the time and Bangabandhu demanded the repeal of the black law in his speech. He called upon the Bengali people to stand up against the military and stop the oppression and invigorate all Bengalis with the mantra of independence. People denied obeying the Martial Law and West Pakistan’s counter-strategy to hold back Bengalis’ with aggression became fruitless.

People of East Pakistan finally understood the degree of vicious oppression by the Pakistan government as Bangabandhu in his defining speech described the ongoing political situation elaborately in front of the roaring crowd and also exposed the illegitimate activities of the West Pakistan politicians.

Thus the historic 7th March speech set the tone for the imminent war and strategically put the nation one step ahead with regard to their all-out participation in the war. They also became outraged as well as motivated for the War of Independence after learning about the deaths of their brothers. They fought bravely till the last.

The 7th March mass rally also made the Pakistan regime nervous – thereby forcing them to take hastened move. The gathering gave a clear message and thus every other nation around the world came to know about the unpleasant truth of tyranny here. Through his resolute, tactical and historic 7th March speech, Bangabandhu in fact sowed the seed of liberation deep into the people’s heart and thereafter the nation achieved freedom desired for a thousand years – following with utmost loyalty the unique war strategy put forth by the bold Bangabandhu.

As Bangabandhu Sheikh Mujibur Rahman did his best to influence the nation on 7th March 1971, his name remains at the forefront of the list of the world’s influencers even five decades after delivering that undaunted and war-defining strategic speech.