March Narrative: The Road To Bangladesh 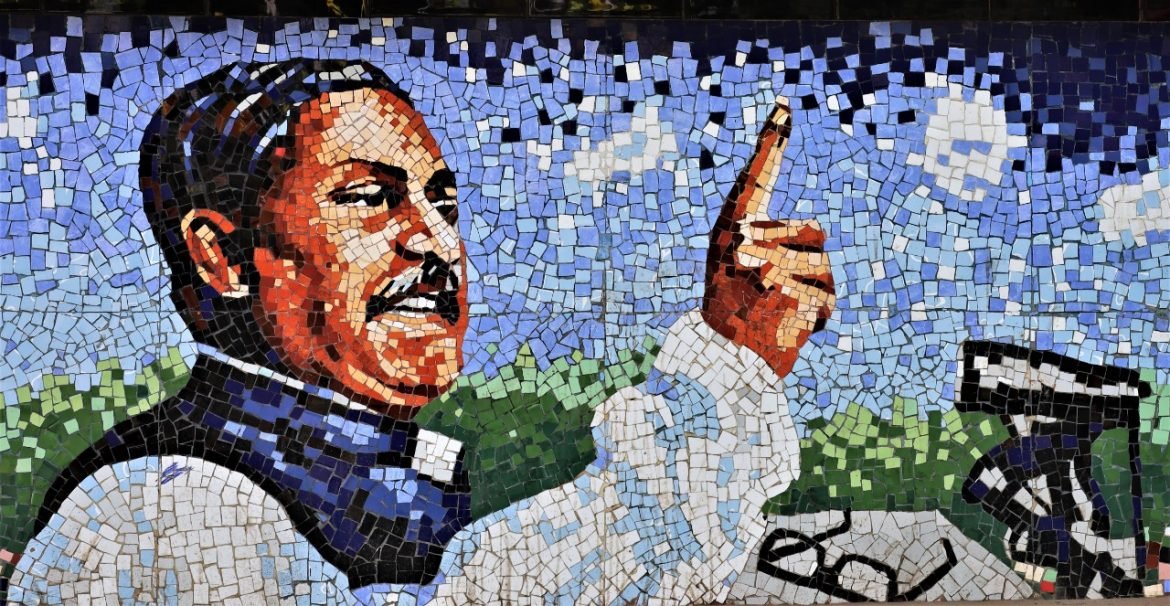 Pakistan was being founded on a false premise, indeed on a dangerous foundation of communalism. If you
add to that the insensitivity with which Jinnah addressed the language issue after the country came into being,
you may well draw the conclusion that racism was being linked to communalism in the efforts by Pakistan’s
ruling classes to undermine democratic politics in the country…In March 2022, it is all these episodes related
to the month of March and how they have defined the fortunes of Pakistan which return to have us remember
history. In March 1971, the state of Pakistan struck the final blow, against itself, when its soldiers decided that
a genocide of its Bengali population was in order, writes Syed Badrul Ahsan

This is a history of the month of March as we have experienced it in Bangladesh. It begins with the first day of March 1971, when the first lethal blow was struck at the foundations of Pakistan. Ironically, the job was done by the military regime then in control, the goal obviously being a prevention of a transfer of power to the political party which had come by a clear majority in the general elections of December 1970. It was crudity which was applied to the entire process of undermining politics. Bangabandhu Sheikh Mujibur Rahman, chief of the Awami League, the majority party in question, who only weeks after the election had been referred to as Pakistan’s incoming prime minister by General Yahya Khan, was suddenly being pushed into a position that was to compel him to adopt a tougher stance toward the regime.

In March 1971, therefore, the state of Pakistan was laid low by its army and by the political associates of the army. Yahya Khan saw little reason to disagree with the minority People’s Party leader, Zulfikar Ali Bhutto, on the need for a deferment of the national assembly session scheduled to begin in Dhaka on 3rd March. Worse and clearly scandalous was the fact that the President saw absolutely no cause to consult Sheikh Mujibur Rahman on the issue and simply went ahead with a radio announcement of the postponement of the parliament session. That was a grave sign, if a sign were at all needed, of the preparations that had already gone underway to subvert the results of the elections and so prevent the Awami League from taking power in Islamabad.

Note the curious fact of how the month of March has been pivotal in the construction and deconstruction of politics in the state of Pakistan. It was in March 1940, on the 23rd day of the month to be exact, that a session of the All-India Muslim League in Lahore decided to adopt what would subsequently become known as the Pakistan Resolution. The resolution, based as it was on the misplaced argument that the Hindus and Muslims of India constituted two different nations (observe that the two-nation theory carefully left out Christians, Buddhists, Sikhs and indigenous people), was to be the opening gambit in a further narrowing of politics in a future Pakistan. Where in March 1940 the resolution stipulated the creation of two independent states in the east and northwest of India, six years later, in 1946, the term ‘states’ had mysteriously been degraded into a single ‘state’. Mohammad Ali Jinnah explained away the change in glib manner. The original ‘states’, he deadpanned, had been a typing error. Six years to detect a typing error? His sycophants said not a word. So, what began in March 1940 was to turn out to be, over the years, a long, calculated exercise in subterfuge. Pakistan was being founded on a false premise, indeed on a dangerous foundation of communalism. If you add to that the insensitivity with which Jinnah addressed the language issue after the country came into being, you may well draw the conclusion that racism was being linked to communalism in the efforts by Pakistan’s ruling classes to undermine democratic politics in the country. Jinnah’s argument that only Urdu would be the language of the state was made, incongruously again, in March 1948, barely months into the establishment of the state. It was at Curzon Hall of Dhaka University where he struck the blow for Urdu and against Bengali. In effect, it was a bad blow against Pakistan itself and one that came from none other than the founder of the state. March 1948 was symbolic of something else. It was that for one of those rare times in his political career, Jinnah found himself up against an audience that was ready and willing to disagree with him, loudly and energetically. Those shrill cries of ‘No! No!’ as soon as he reasserted his stance on Urdu were the first sign of what would over the years come to be known as the initial stirrings of Bengali nationalism. And Bengali nationalism, further stoked by the killings of 21 February 1952, certainly did reach a definitive stage in another March. And this was in March 1954, when the United Front (Jukto Front), the electoral alliance led by Sher-e-Bangla A.K. Fazlul Huq, Huseyn Shaheed Suhrawardy and Moulana Abdul Hamid Khan Bhashani, routed the ruling Muslim League at the provincial assembly elections in East Bengal. In a larger perspective, though, the March 1954 elections were an assertion of Bengali belief that if the state of Pakistan was to amount to anything in history and for its people, it would need to adopt democracy as its guiding principle. Nearly seven years had elapsed since the creation of the state and yet it was without a constitution and had not been privy to general elections. That was in embarrassing contrast to the way its parent state, neighbouring India, was carrying itself — with a constitution in place, with elections having set the country on an irreversible democratic course.

March 1954 was a challenge as well as an opportunity for Pakistan. It was an unambiguous message — that the state was being held hostage in the hands of the vested interests in West Pakistan, that the decline could only be averted through taking lessons from what the Bengalis of East Pakistan had just done through voting the United Front to power. Unwisely, though, Pakistan’s ruling classes in Karachi did the opposite. They concocted tales of treason to hurl at the Jukto Front, sowed division in its ranks and Iskandar Mirza even went to the extent of threatening to shoot Moulana Bhashani like a dog. Fazlul Huq’s emotional outpourings in Calcutta about the indivisibility of Bengali heritage were swiftly decried by Karachi as an act of treason. Two months later, in May, the Jukto Front ministry was dismissed under Section 92-A. The state of Pakistan had taken one more step toward enervating itself. The month of March was beginning to turn into an albatross around its neck.

Move on, to March 1956, for that was the season when a fresh new blow was struck at the structure of the state of Pakistan. Ironically, the cohesion which Pakistan’s first constitution, adopted in March 1956, sought to bring about among its people in the interest of democratic politics would turn out to be the precise reverse of that ambition. The constitution was an unequivocal undermining of the place of the majority of the country’s population, in this case the Bengalis, in the political scheme of things. For one thing, the four constituent units of western Pakistan (Balochistan, Sindh, Punjab and the North-West Frontier Province) were reconfigured into a single province to be known as West Pakistan.

For another, with West Pakistan home to forty-four per cent of the national population to East Bengal’s fifty six per cent (and East Bengal was henceforth to be East Pakistan), the two wings would now be equal in terms of parliamentary representation and what was given out as parity. It was anything but. Even the otherwise astute Suhrawardy was brash enough to tell detractors among Bengalis that East Bengal had been guaranteed ninety-eight per cent of regional autonomy in the constitution. Nothing could have been further from the truth. Even worse was the official characterization of the state as the Islamic Republic of Pakistan, an act which militated against the secular principles of life increasingly coming to exercise a hold on the Bengali imagination. The constitution adopted in March 1956 was not destined to last. More significantly, it was a broad hint of future trouble, especially where East Pakistan was concerned. The surprise, though, was not that the constitution collapsed on its own. It was flung out the window by the martial law imposed in October 1958. That, of course, is another story of deceit and diabolical machinations. Martial law was to lead to martial law, unremittingly. On 25 March 1969, an embattled and weary Field Marshal Mohammad Ayub Khan handed over power to his army chief, General Agha Mohammad Yahya Khan. He thus violated his own constitution, promulgated in 1962, through which he ought to have transferred power to the Speaker of the National Assembly, Abdul Jabbar Khan. The state had been weakened a little more. In March 2022, it is all these episodes related to the month of March and how they have defined the fortunes of Pakistan which return to have us remember history. In March 1971, the state of Pakistan struck the final blow, against itself, when its soldiers decided that a genocide of its Bengali population was in order. General Yahya Khan, in an act of brazenness, subverted the elections of a few months earlier and vowed to punish the would-be prime minister of Pakistan, Sheikh Mujibur Rahman, on charges of treason. Zulfikar Ali Bhutto, happy that the Awami League had been prevented from governing Pakistan, observed Dhaka burning from his suite at the Intercontinental and then went back to Karachi, where he crowed, “Thank God, Pakistan has been saved.” Roedad Khan, cheerfully arriving at Dhaka cantonment on the morning of 26 March, proclaimed, “Yaar, imaan taaza ho gya (friend, faith has been revived)”. Tikka Khan, Rao Farman Ali and Khadem Hossain Raja were then busy savouring a hearty breakfast, with fruits that had arrived from West Pakistan. On the streets of Dhaka, Bengalis of all classes — academics, policemen, students, rickshaw pullers, political activists — were being gunned down by the soldiers of the Pakistan army in the name of Islam and national integrity. In late March 1971, it was Pakistan which lay bleeding from its self-inflicted wounds. Only, Pakistan’s ruling classes did not know what damage they had caused. Bangabandhu Sheikh Mujibur Rahman, moments before his arrest by the army, had proclaimed the independence of the People’s Republic of Bangladesh. The Bengali political and military strategy to defeat Pakistan on the battlefield was beginning to shape itself. For Pakistan, it had been a steep, steady decline, all the way from March 1940 to March 1971.