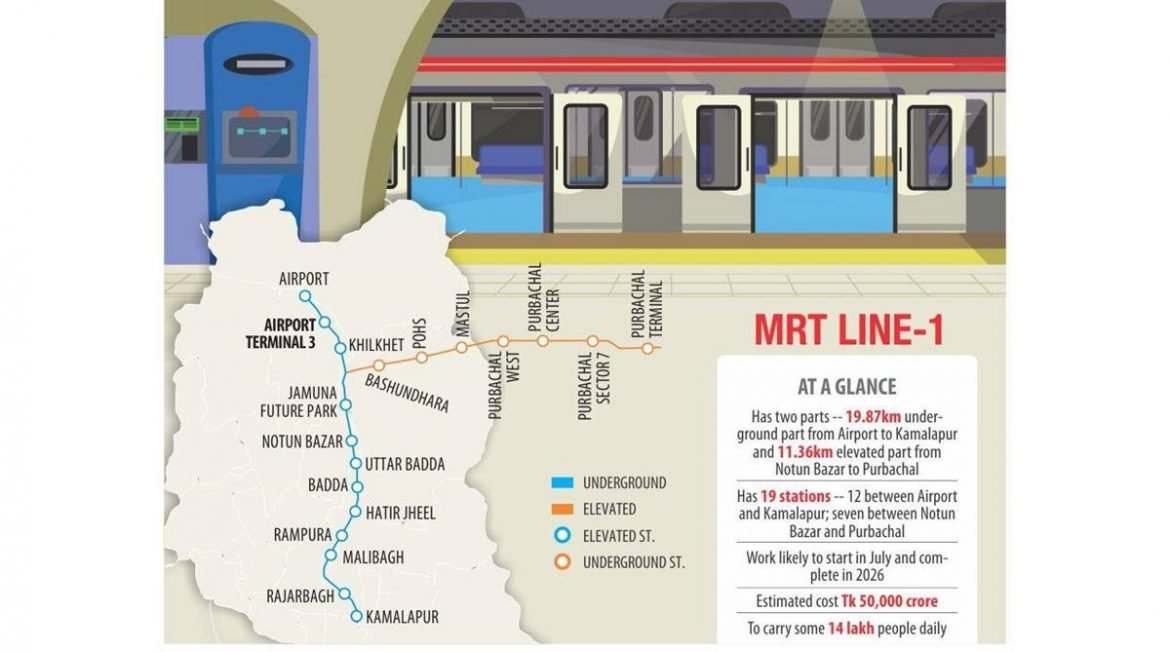 In its initial phase, the Dhaka Subway will relieve traffic congestion for commuters by 2030, with a network capacity of 60 lakh passengers. Each kilometer on the 258km Dhaka Subway network, encompassing 11 proposed routes, will cost Tk3,377 crore at current prices. According to the Dhaka Subway’s final draft report, the project’s overall cost will be Tk8,71,273 crore.

Gabtoli to Mastul (Route-B), Tongi to Jhilmil (Route-O), Keraniganj to Kanchpur (Route-S), and Narayanganj to Uttara Sector-13 would be part of the first phase (Route-T). A total of 85 underground stations have been proposed in the Preliminary Design 2030 Network for the time being under the Dhaka Subway Project. The first phase’s design for 90 kilometres has already been finished.

Japan, PADECO, and BCL Associates are working together on the feasibility study, with Técnica y Proyectos S.A. SA (TYPSA) managing the consultation. The consulting firm just presented the bridge authority’s final draft report. The Bangladesh Bridge Authority (BBA) hired it in 2018 and assigned it the duty of performing a feasibility study.

In order to lessen the risk of finance, the feasibility study stressed the Public-Private-Partnership (PPP) model for subway development. According to the research, this will meet long-term funding requirements while lowering investment risk.

Many stories are told by dead rivers