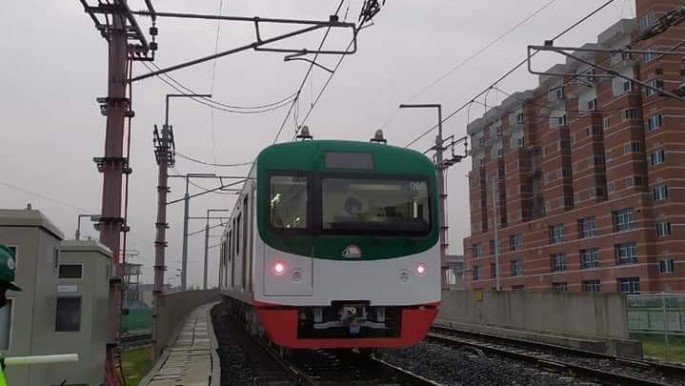 A sustainably higher GDP growth path is possible only through mobilizing adequate funds for investment in infrastructure. In Bangladesh, development partners and multilateral agencies like World Bank, Asian Infrastructure Investment Bank and some others have been financing in different infrastructure projects to help expedite the tempo of growth, reports Press Xpress

In recent years, Bangladesh has been witnessing huge infrastructural developments that lie at the nexus of its continued economic growth, productive investment, job creation, and poverty reduction. As we know, investment is the lifeblood of every infrastructure project and financing is how you pay upfront for infrastructure. Hence, infrastructure projects need massive funding for planning, design, construction and so on. Of late, fielding, financing and feasibility study on a number of much-talked-about projects have come up for discussion in wider circle.

Dhaka Inner Ring Road
The Beijing-based AIIB, a multilateral development bank having a mission to finance infrastructures with sustainability at its core, has expressed its interest in financing the 88-kilometre Dhaka Inner Ring Road project aimed at ensuring smooth travel from one end of the city to the other. “The bank has given its consent after we sent it a proposal seeking funds for the project,” said Kawsar Jahan, a deputy secretary at the Economic Relations Divisions (ERD).
But, he noted, the government has made a fresh plan to seek finance for a bunch of projects in Dhaka to eliminate traffic congestions in the country’s busiest city. “Currently, the Prime Minister’s Office (PMO) is handling the matter and we are yet to receive any update.”
The Roads and Highways Department (RHD) is implementing the project at a cost of over Tk 12,478 crore. “In 2018, the department completed a feasibility study and then sent a preliminary development project proposal (PDPP) to the ERD on funding,” said Md Sabuj Uddin Khan, additional chief engineer at the RHD.
“Upon getting approval from the Planning Commission, the ERD sent a proposal to the AIIB.” Sabuj Uddin said it is estimated that the acquisition of 61.87 hectares of land will cost Tk 5,356 crore while the remaining Tk 7,050 crore will be spent on construction work. In line with the Revised Strategic Transport Plan (RSTP) of 2016, the government has taken up the project to make travelling from one end of Dhaka to the other without having to enter the city and in a faster way by avoiding tailbacks.
The project will be implemented in two parts. The first part – eastern bypass – will be 25km from Demra to Abdullahpur via Beraid, Purbachal and Teromukh while the 63km second part will cover Abdullahpur Rail Gate-Dhur-Birulia-Gabtoli-Swarighat-Babubazar-Kadamtali-Teghariya-Postagola-Chashara-Shimrail-Demra. Under the project, two eight-lane bridges and nine overpasses, flyovers and U-loops will be built. Additionally, 29 underpasses, 47km pavements, six switch-gates and 86km drain-cum-footpath will be built.
Earlier, the AIIB approved USD 170m loan to help improve Bangladesh’s sanitation infrastructure thereby taking its total investment in the country to more than USD 1.0 billion. The Dhaka Sanitation Improvement project, co-financed with the World Bank, will support government investments in sanitation infrastructure comprising sewerage systems, sewage treatment, and pilot measures for hard-to-reach areas in the Pagla catchment, one of the most densely populated areas of the city. The project was AIIB’s eighth investment in Bangladesh, all of which are aligned with the country’s top priority development plans and the SDGs.

Dhaka Outer Ring Road
In line with the RSTP, the government has taken up another project to build the Dhaka Outer Ring Road – a bypass road outside the periphery of the capital with a length of 132km for long-haul vehicles. Through the bypass, vehicles from different districts will be able to go to another district without entering city traffic, said Md Rokibul Hasan, a transport planner at the Dhaka Transport Coordination Authority (DTCA) and in-charge of the project.
This project, too, will be implemented in two parts. The 48km southern part will be from Hemayetpur (on the Dhaka-Aricha Highway) to Madanpur (on the Dhaka-Chattogram Highway) via Kalakandi (on the Dhaka-Mawa Highway) and 3rd Shitalakshya Bridge.
In April 2020, the authorities appointed a consultant to conduct the feasibility study and prepare a preliminary design of this part, which is nearing completion. On the other hand, the DTCA is hiring consultants to conduct a field-level feasibility study on the remaining 64km.
In September 2019, the Cabinet Committee on Economic Affairs gave its assent for the implementation of the project on a public-private partnership (PPP) basis. Currently, the PPP Authority is searching for an organisation that can provide funds for the project.
“We are considering Japan’s Marubeni Corporation in the matter of financing the project. We have already had primary discussions, but could not proceed further as a detailed feasibility study remains to be done,” Dr Najmus Sayadat, director (Investment Promotion) of the PPP Authority. “However, to conduct a study on economic viability, we will appoint a transaction advisory consultant. The appointment process may begin in two to three months and we hope the study will end in mid-2023.”
About a field-level study, DTCA’s Rokibul Hasan said, “We are going to appoint another consultant to conduct a detailed feasibility study and prepare a design. The appointment process starts this month and, hopefully, a consultant may be appointed by mid-February.”
The consultant firm will then complete the study in 12 months. So the final feasibility study also may end in 2023, he added. The existing Dhaka-Mawa Highway and the Dhaka-Narsingdi Highway will cover the rest 20km length of the 132km outer ring road.

Chattogram Metro Rail
The Ministry of Local Government and Rural Development (LGRD) has decided to conduct a full length feasibility study on introduction of Metro Rail (Mass Rapid Transit, MRT) in the port city of Chattogram.
The decision was taken at a January 13 meeting at the LGRD Ministry with LGRD and Cooperative Minister M Tajul Islam in the chair. The meeting also decided to conduct feasibility study on both Metro Rail and Mono rail in the port city.
The meeting further decided to connect Mirsarai Economic Zone and Anowara Economic Zone with the proposed Metro Rail. At the meeting, the China Railway Construction Company Limited (CRCC) and Wihai International Economic and Technical Cooperative Company Limited of China expressed their interest to conduct the feasibility study on the project.
The LGRD Minister asked those Chinese firms to submit a formal proposal to the government in this regard. Those firms will begin study as soon as they are awarded the proposal. Those firms also committed to complete the study within seven months of the approval.
Meanwhile, Prime Minister Sheikh Hasina has ordered the construction of a metro rail network in Chattogram city following the development of the rapid connectivity in the capital Dhaka to facilitate an easier and quicker commute. The Prime Minister directed the officials to take up the metro rail project that will connect the port city’s Shah Amanat Airport with the Chattogram Railway Station after a meeting of the Executive Committee of the National Economic Council, or ECNEC, on January 4.
She also asked the officials to think about taking the metro rail connectivity to other major cities as well. “Metro rail should not be limited only to Dhaka. The service should be available in Chattogram as well. It should be a national idea for all cities with old airports,” said the Prime Minister Hasina.
Meanwhile, the Chattogram City Corporation (CCC) had submitted a proposal for a detailed feasibility study to the ministry about a month ago. Basosthan Engineers and Consultants Limited proposed three MRT lines in the port city after conducting the first feasibility study in 2019. It estimated the cost to set up 54 kilometres of overhead railway tracks and 47 stations at Tk 850 billion.
The proposed MRT routes have been extended from the airport to Kalurghat, City Gate to Shah Amanat Bridge, and from Oxygen to AK Khan via Firingibazar and Panchlaish. The study identified the expressway and Akhtaruzzaman flyover as obstacles to the construction of the proposed MRT line-1.

It is often said that a sustainably higher GDP growth path is possible only through mobilizing adequate funds for investment in infrastructure. In Bangladesh, development partners and multilateral agencies like World Bank, Asian Infrastructure Investment Bank and some others have been financing in different infrastructure projects over the years to help expedite the tempo of growth here.