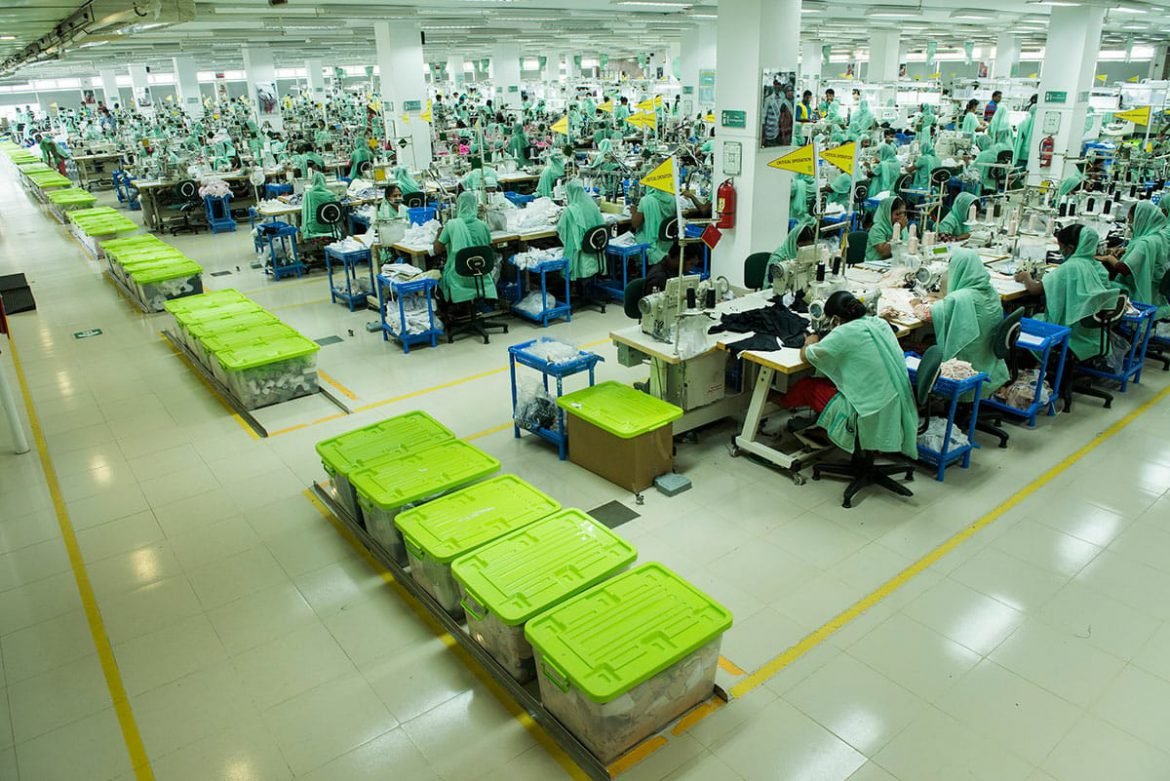 Bangladesh has the world’s highest number of green factories in apparel sector with Indonesia being the second largest, followed by India and Sri Lanka. Other industries here should give more focus on green industrialization for environmental sustainability. Bangladesh’s green industrialization initiatives should be widely publicized in the international forums so that consumers show interest in importing goods from the environmentally-friendly ‘green industries’ of the country, writes Md Atikur Rahman

By the year 2050, two-thirds of the world’s population will live in the cities. With the apparent increase in number of urban people, industrial demand will get increased. In that regard, there is no alternative to green technology transfer. Besides, planned urbanization and green industrialization are of perennial importance to help manage this enormous urban population.

Bangladesh has taken various initiatives in this regard. In the light of the action plan, it was presented at the Paris Climate Conference. Presently, Bangladesh is working to reduce greenhouse gas emissions by 5% in the energy and power, transport and industrial sectors. Solar panels have already been set up in 5 million homes for saving energy and getting renewable energy. With the introduction of cleaner production system, green cells are being established in all industries under the Export Processing Zones (EPZs).

For the establishment of green plants, loan schemes at 9 per cent interest from banks are available. Since the cost of building green factories is high, the interest rate of this loan can be reduced. The FBCCI has demanded not to impose any duty on import of capital machineries by the environment-friendly green industries. The apex trade organization has also demanded to arrange bank loan with two per cent interest for environment-friendly industrialization. Apart from this, it has advised to form a Green Development Fund (GDF).

The country’s economy is now being developed with high levels of adversity. This means the local industry, which is growing in terms of manufacturing risk, has the rank of environmental risk. Bangladesh Bank (BB) as the country’s regulatory authority had earlier called for green banking and took several effective measures in this regard. With the formula of green banking, adopting a wide-range of green industrialization schemes can be put forth across the country with the main focus aimed at saving environment and promoting industrialization.

If any industries are set up, we’ll have to make sure that it’s not harmful for the environment and nothing helps the cause of further contamination. The list of environment-friendly industries can be made by the state-owned Bangladesh Small and Cottage Industries Corporation (BSCIC), the Board of Investment (BoI), the Department of Environment (DoE) and other related organizations. Accordingly, it can be sent to the commercial banks and other financial institutions through the BB for financial assistance on priority basis. Again, there are fears of environmental pollution or environmental degradation under the same venture; so another list can be made by the National Board of Revenue (NBR) to impose higher tax on such industries.

In fact, there is no alternative to private sector development for the country’s industrialization. The speed of industrialization of the country should be as fast as the private sector. The government has taken various steps to encourage private sector and entrepreneurs. In the SME (small and medium enterprises) sector, entrepreneurs are given loans at a very low interest. Their plots are given on priority basis. As is seen, President’s Industrial Development Award is a part of their encouragement.
According to the sustainable development target, future industries will be environment-friendly. Entrepreneurs will have to invest in establishing industries by ensuring environmental protection. That’s why not only the policy support, but also the government should increase financial support. There should be a variety of facilities in the environment-friendly green industry budget. To encourage awareness of environment in general and environmental awareness of those industries, which are extremely sensitive for environmental pollution, environmental protection surcharges would be imposed only at 1% on all products produced by the industry in question.

According to the U.S. Green Building Council (USGBC), Bangladesh has now 67 LEED (Leadership in Energy and Environmental Design) green factories certified by USGBC. Among them 13 are LEED Platinum rated while more than 280 factories are registered with USGBC for LEED certification. Bangladesh Garment Manufacturers and Exporters Association (BGMEA) in association with the USGBC and GBCI had launched ‘LEED Green Factory Award’. A number of best green building factories of Bangladesh have already been honored with ‘LEED Green Factory Award’ to recognize their efforts in sustainability by achieving LEED Platinum certification.

In terms of environmental risks, Bangladesh is already placed in a periphery marked by danger and disaster. And if the current trend continues, the situation may turn miserable in near future. So, the country must strengthen supervision of environmental protection. If the situation goes out of control, it would need huge money to recover and Bangladesh may not afford the capacity to invest.

Due to unplanned industrialization, China is facing serious danger in environment and public health today. To tackle the situation, China has imposed taxes on carbon emissions in different industries. Also, due to noise pollution, extra tariff will be calculated. The world’s second biggest economy has repeatedly failed to reduce air pollution. It is also facing difficulties to protect crops, save pure water and prevent water pollution. Reports say nearly four thousand people die every day due to air pollution in China. Due to environmental pollution, 17,000 industrial clusters have been closed in that country recently.

Many people think that strict action should be taken to impose customs duty on China to prevent access of industrial pollution in our country. The government, the ministries and departments concerned will have to take quick initiative in this regard. In addition to attractive advertisements in foreign media, Bangladesh’s green industrialization initiatives should be widely publicized in the international forums so that consumers show interest in importing goods from the environmentally-friendly ‘green industries’ of this country.

‘Green industrialization’ is no longer just a slogan or peripheral call; it is now an inevitable attachment to our existence. It is not only significant from the perspective of economic development; it is also important to face the possible risks of biodiversity in the near future and the possible risk of climate change.

Last but not the least, it is necessary to focus more on industrial growth in a bid to make Bangladesh a middle income country sooner rather than later and a developed country by 2041. But any plan to this effect should be chalked out carefully thereby making it environmentally friendly. No agricultural land should be destroyed for the industries any more, nor the country’s forests can be ruined. Biodiversity cannot at all be hampered. The energy used in the industries should also be environmentally friendly.

(Md. Atikur Rahman, a former Head of Public Relations at BGMEA University of Fashion & Technology, writes on varied topics covering RMG sector at large. He can be reached at atik.buft.edu.bd@gmail.com)

Bangladesh, Denmark agree to work together as PMs talk