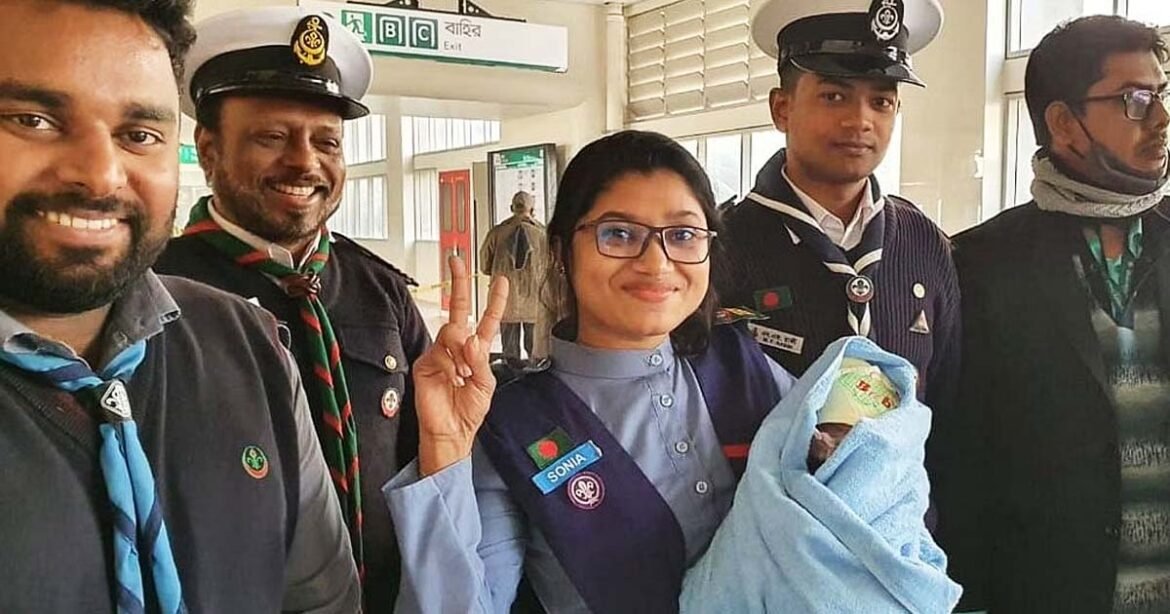 The Metro Rail’s Agargaon station witnessed a birth for the first time Today (Thursday) within the first hour of operations.

The report was confirmed by Mahfuzur Rahman, manager of Dhaka Mass Transit Company Limited, who stated, “The woman had labour pains after boarding the Metro Rail from Uttara Central Metro Rail Station.” Scouts and DMTCL employees brought Sonia to the station’s first aid room as they arrived at the Agargaon station. She gave a baby boy at around 8.45 AM with the aid of scouts and a female doctor. Sources confirmed that the mother and the child are both doing well.

You can also read: Matia Chowdhury to become the Deputy Leader of the Parliament

Mahfuzur Rahman said, “Sonia Rani Das, a Scouts member and Doctor Ferdaus Akter, a Metro Rail passenger, aided the woman in the baby birth”. “After giving first aid to the woman and her baby, the DMTCL authorities transferred them to the nearest hospital by an Italian-Thai Development Company’s ambulance,” he added.

Italian-Thai Development is one of the MRT Line 6 contractors.

On December 28, 2023, Bangladesh’s first-ever electricity-powered rail system with metro train service was inaugurated by the Honorable Prime Minister, Sheikh Hasina. On the next day (December 29, 2023), the Uttara-Agargaon route of the metro train system was opened to the public by marking a history for Bangladeshis.

According to the DMTCL, between December 29 and January 8, metro rail carried 90,000 passengers in the first ten days.

Matia Chowdhury to become the Deputy Leader of the Parliament