The rising global issue of short-sightedness 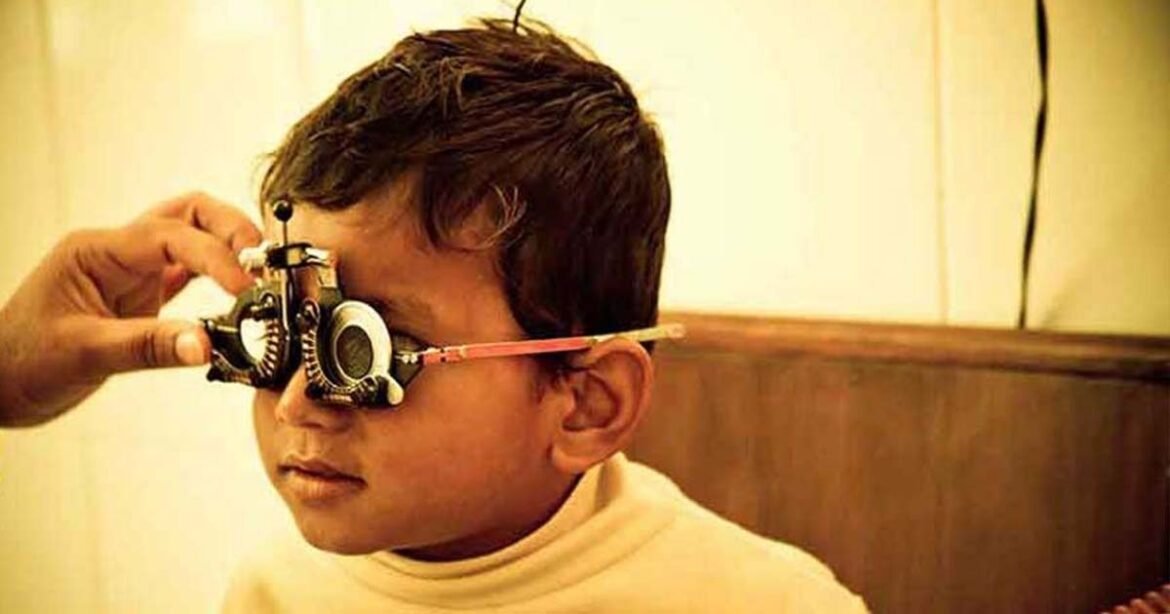 The prevalence of myopia, mostly known as nearsightedness or short-sightedness, is increasing. According to the World Health Organization (WHO), around a third of people around the world were short-sighted in 2020. However, estimates show that by 2030, 3.4 billion people, or roughly 4 out of 10 people will have short-sightedness and by 2050, half of the population will be short-sighted.

Short-sightedness may not appear to be a serious issue at first glance. When someone faces a problem in seeing things clearly, the most adopted solution is glasses. But myopia is the most common cause of vision impairment and the second-leading cause of blindness.

YOU CAN ALSO READ: PROVEN ALTERNATIVE ENERGY CAN BANGLADESH LEARN FROM THE SUCCESS STORIES?

According to current trends, severe myopia is predicted to result in issues with many eye conditions, including glaucoma, retinal detachment, cataracts, and myopic maculopathy. Worse, children are developing myopia at younger ages, hence increasing their likelihood of having extreme myopia and its related complications.

In addition, communities bear the cost of myopia. Myopia can impose an economic strain on nations, with annual global productivity losses exceeding $200 billion. And if left unaddressed, it hurts the quality of life and partly explains why kids struggle in school.

In the late 1980s and early 1990s, Singapore first noticed a concerning increase in children’s myopia. Since that time, the number of children with short sight has steadily increased. The myopia rate among young adults in Singapore is currently close to 80%, earning it the title “the myopia capital of the world.”

According to Audrey Chia, an associate professor and senior consultant at the Singapore National Eye Center (SNEC), “we’ve been dealing with [this] issue for 20 years, so we’re almost numb to it”. “Almost everybody in Singapore is myopic now,” she added.

What occurred in Singapore now seems to be occurring globally. Countries with wildly unrelated lifestyles are now united by a shocking phenomenon: the soaring prevalence of short-sightedness.

About 40% of adults in the United States have short-sightedness, which is up from 25% in 1971. In the UK, rates have increased similarly. Short-sightedness rates alone have doubled in the past 50 years in the UK and Europe. But their situation is nothing compared to the teens and young adults in South Korea, Taiwan, and mainland China, where the rate is between 84% and 97%. If current trends continue b Half of the global population will have a myopic vision by 2050. Moreover, the issue appears to be spreading more quickly than ever before.

The influence of genetics is minimal for myopia. According to Neema Ghorbani-Mojarrad, a lecturer at the University of Bradford in the UK and a licensed optometrist, a pure genetic case of myopia is uncommon, even if it increases the likelihood of a kid having it.

The significant rise in myopia cases around the world rules out genetic causes, forcing researchers to focus more on environmental variables. Lifestyle factors are believed to be more important, particularly a lack of time spent outside and reading, which requires constant close-up attention. These considerations explain why an otherwise incredibly beneficial trend in children’s lives has unwittingly accelerated the rise of myopia.

The likelihood that one spent more time playing outside as a child increases with age. But many children of the 21st century have a very different childhood than their parents. This is because more and more people are living in cities, and parents are more likely to keep their kids inside for safety reasons.

Additionally, COVID-19 has made people stay at home, and during lockdowns, kids spent their whole time at indoors. Moreover, due to online classes and offices, people were having screen-time exposure on a greater level. This accelerated the growth of myopia, especially in younger children.

Studies have shown that a person’s likelihood of having short-sightedness in both childhood and adulthood increased with the number of years they spent in school. In addition, the youngest individuals (those born between 1965 and 1970) with a university degree were eight times more likely to acquire myopia in childhood than those with no formal education. Studies have also indicated that myopia is more common in educated people.

The above statements create a dilemma since reading is beneficial for children. Lack of access to education and literacy programs can have long-term negative effects on children’s well-being. But the way kids get an education in the modern world, where they spend a lot of time in the classroom, seems to damage their eyes all the time.

According to Nathan Congdon, professor of global eye health at the Centre for Public Health at Queen’s University Belfast, pursuing academic brilliance at the expense of other facets of life, such as spending time outdoors, can be harmful to eye health. He states that countries such as Japan, Korea, Vietnam, China, Hong Kong, and Singapore have extremely high cases of myopia. “They’ve also got huge educational success. It is a complicated cultural phenomenon,” he added.

How to lower the risk of myopia?

Several measures can be taken to reduce the chance of getting myopia in childhood. Outdoor activity is to be associated with a decreased risk of getting myopia. For shortsighted children, specific glasses and contact lenses can slow myopia progression. Myopia can also be prevented by getting regular eye exams, protecting eyes from the sun, using good lighting when reading and working, wearing prescription lenses as directed, giving eyes a break from the computer or other close-up work every 20 minutes by looking at something 20 feet away for 20 seconds, eating healthy foods, exercising regularly, and taking care of health problems like high blood pressure or diabetes to protect eyes, etc.

Although myopia rates in low- and middle-income nations are typically lower, it is getting higher. In Bangladesh and India, for instance, report rates of myopia were roughly 20–30% in adults, which is now changing. Myopia used to be less of a problem in places like Africa, but in the last ten years, it has become more frequent. Additionally, lower-income nations might not have the resources to identify and treat children’s short-sightedness, which would have a significant negative effect on their quality of life and education.

There have been reports of communities in Africa with very limited access to eye care and no overall availability of eyeglasses. Experts warn that unless there is a major effort to provide eye tests and spectacles, the problem might expand as literacy rates improve in those countries in the future.

PROVEN ALTERNATIVE ENERGY CAN BANGLADESH LEARN FROM THE SUCCESS STORIES?