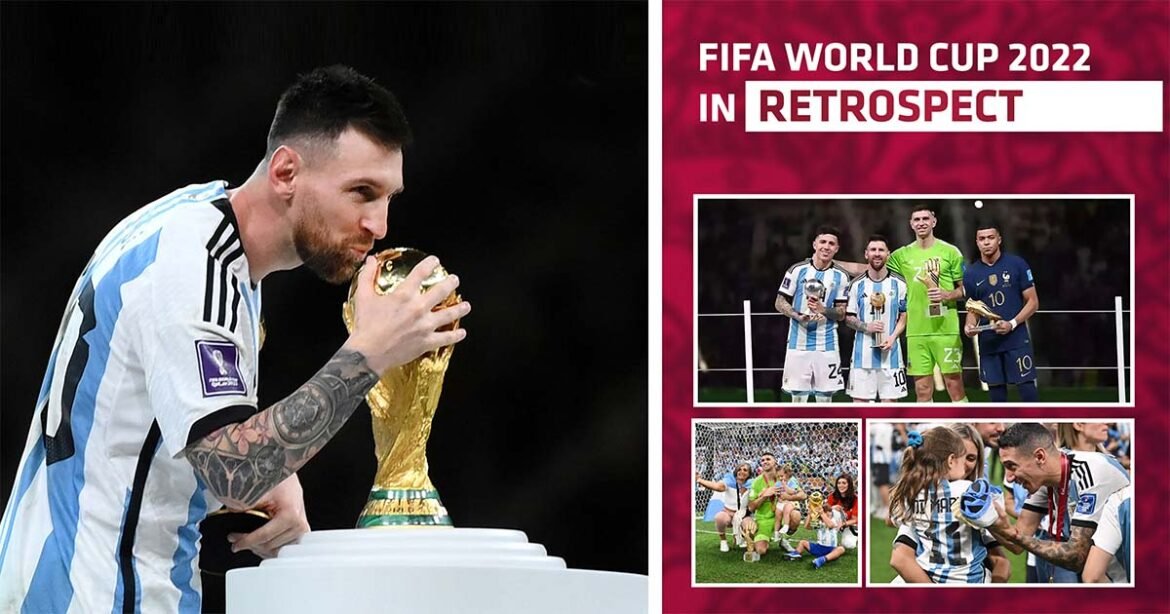 From the glorious ending of adorable Argentine sensation Lionel Messi’s World Cup drought to the tournament being successfully held for the first time in an Arab country, the Greatest Show on Earth, filled with many magical moments, came to a thrilling end with a grand finale that also spilled over into Bangladesh. SM TANJIL-UL-HAQUE points out some of the key takeaways from the FIFA World Cup -2022.

Even though Brazil’s ‘Hexa-mission’ remained unfulfilled this time, they didn’t miss out on the chances to show moments of magic throughout the tournament.

Among those, Richarlison’s acrobatic goal from a jaw-dropping bicycle kick has been recognised as the best goal of the World Cup 2022.

The Atlas Lions were the best under- dogs of this World Cup. Everyone will remember Morocco’s heroic run in the tournament as they became the first African nation to reach the semi-finals.

The scene of the Moroccan players celebrating with their parents touched everyone’s heart.

Mbappé’s iconic image of tomorrow may be his picture holding the Golden Boot this time. Like the World Cup 2018, he shined this time too riding on his own skillset.

After taking the injury-plagued France to the final, he nearly won the team consecutive world cup with a record hattrick. It goes without saying that the top scorer of the grandest tournament is a big contender to win this year’s Ballon d’Or.

Japan was neither favourite nor undisputed underdog of the Qatar World Cup, but the Blue Samurais gave their all to the beautiful game.

They stunned Germany and Spain with great comebacks. Their fans also set exceptional examples by cleaning the stadiums after matches that gained widespread admiration.

This year’s World Cup was a mixture of laughter and tears for Portuguese superstar Cristiano Ronaldo. With his goal against Ghana, the CR7 became the only player in world cup history to have scored in five consecutive FIFA World Cup events. But after Portugal’s heart-breaking quarter-final loss to Morocco, Ronaldo was seen choked up with emotion as tears ran down his cheeks after the match, a touchy scene that pierced heart of every football lover.

The Falcons, as the Saudis are adorably called, swooped on the eventual champions Argentina to clinch 2-1 victory, which was the first upset of the tournament.

After going to the dressing-room be- ing 1-0 behind, the Saudis then staged a remarkable turnaround as they took a shock 2-1 lead in the second half thanks to their coach Herve Renard’s moral boosting speech and brilliant efforts from Saleh Al- Shehri and Salem Al-Dawsari.

There are countless fans of Argentina in Bangladesh. The never-ending love of an entire nation for a hero halfway across the world and celebrations here over his triumph surpasses any fairy tale.

Along with Messi, this unprecedented joy of Bangladesh in celebrating his ultimate glory also caught global attention.

Such is the pedigree that there is ongoing talk of opening an embassy of football-loving Argentina in Bangladesh.

The story of two nations banding together through football is a pure rarity in the book of bilateral relations.

WORLD POPULATION REACHES 8 BILLION: ARE WE SLEEPWALKING INTO CLIMATE CRISIS?