Will the world witness an end of the deadlock of Russia-Ukraine war? 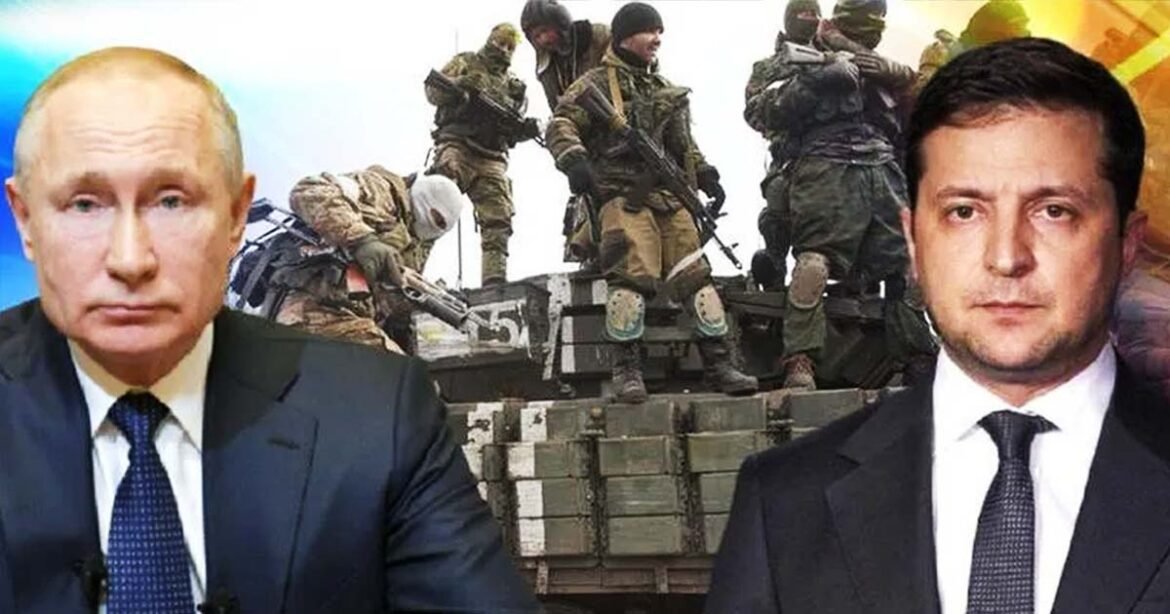 The conflict between Russia and Ukraine has been raging for the past 312 days and has entered its second calendar year. According to various statements, the war was in a deadlock situation.  The battle lines of both nations have not moved significantly in the six weeks since Kherson was freed.

The Ukrainians are yet to launch a major counteroffensive due to muddy ground caused by above-freezing conditions. But the political leadership of both nations indicated a readiness to try to overcome the deadlock by setting specific objectives for 2023.

What both the presidents are hinting?

Expectedly, Volodymyr Zelenskiy‘s speech for the new year, focused on the long-term goal of winning the war. He specifically mentioned liberating Melitopol twice, which is the most obvious target city. Melitopol’s seizure would cut off the land bridge that connects Crimea to the outside world.

Ukraine has continually exhibited a willingness to be tactically flexible in order to test Russia’s lines for gaps and attempt a breakthrough. But the other places where Ukraine has been pushing (near Kreminna and toward Svatove in northern Luhanskz) are not as important from a strategic point of view. In the Donbas region, around Bakhmut, Ukraine is still on the defensive, taking Russian bombing while its forces make small gains near the frontline.

You can also read: Bangladesh votes in favour of Palestine in UN resolution

With the deadlock, there are indications that Russia doesn’t have enough offensive combat power. However, Vladimir Putin said that the goal of Russia’s war, or “special military operation,” as he insists on calling it, was to protect “our people in our historical territories in the new regions of the Russian Federation.” He was talking about the four oblasts that Moscow took over on its own in September. He was hinting that it was still important to try to take them all, which would explain why attacks on Bakhmut have continued through a certain period.

Russia has focused much of its military might on wreaking havoc on Ukraine’s power grid, resulting in rolling blackouts in major urban areas. However, there are some hints that Russia may be losing the power as well. On New Year’s Eve, Russia launched around 20 cruise missiles against Ukraine, which is substantial but far less than the 80-100 missiles it released in October and November of 2022. However, just a few days earlier in December2022, 69 missiles were launched at Ukrainian targets. Additionally, data from the Institute for the Study of War reveals that Russia had gone from firing 60,000 shells a day (the top of the range suggested by Ukraine’s most senior military commander in August) to firing “19,000 to 20,000.” This is why Russia has been so eager to get weapons from Iran and North Korea.

Moscow’s attack on Ukraine’s energy grid has not diminished Ukrainains’ determination, but the situation remains dangerous and unpredictable. Moreover, Putin’s remarks confirmed that Russia is gearing up for a protracted conflict. Ukraine has warned that another mobilization might happen within days, even though only about half of the 300,000 people mobilized last year have actually been deployed to the frontline.

Ukraine getting stronger with US support?

Ukraine’s air defenses, which have been a primary target of western supply efforts, have shown signs of improvement, especially against the slower-flying Shahed drones. The air force stated on Sunday that it had shot down all 32 drones launched since midnight, and only one vehicle was damaged in Kyiv during that time.

What is different for Ukraine this time is, Zalanskyy’s last visit to US. The White House has declared that it would provide $1.8 billion in military supplies to Ukraine, that includes a Patriot missile battery and precision-guided bombs for the country’s fighter jets for the first time. According to officials, the package would contain around $1 billion in weapons from the Pentagon’s stocks and $800 million in funds from the Ukraine Security Assistance Initiative.

This package also includes an unspecified number of Joint Direct Attack Munitions kits, or JDAMs, according to authorities. The kits will be used to change bombs by adding tail fins and precise navigation systems so they can be guided to their targets instead of just being dropped from a fighter jet. The JDAMs are used by US fighter and bomber aircraft, and the Pentagon is modifying them so that Ukraine’s air force can employ them.

Since, both the presidents are declaring to have a long-drawn-out fight back, the instability and offensive combats among Russia and Ukraine are going to persist with foreign supports.