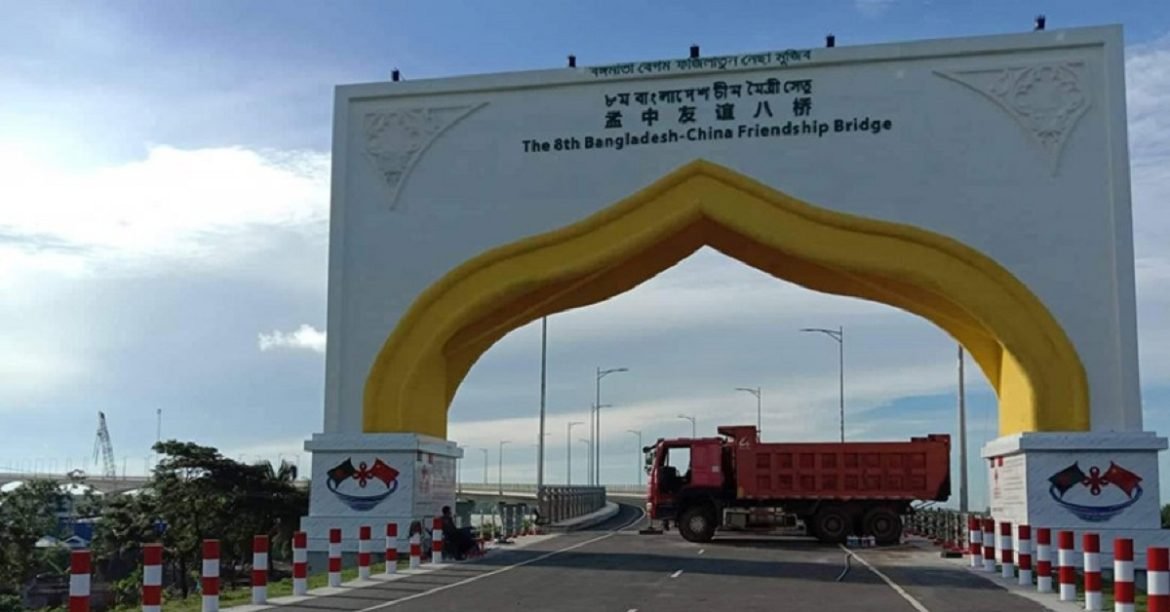 Connecting virtually from her Dhaka office on Sunday morning, she inaugurated the 1,493-meter bridge that has created a direct road connection between the divisions of Khulna and Barisal.

The bridge’s inauguration created a new road communication link between the South and South-West regions. The bridge is crowded with people from both sides of the Kacha River. With the unveiling, the long-held wish of the residents has finally come true. The struggle of common people has come to an end with the bridge’s formal opening.

Engineer Masud Mahmud, in charge of the bridge project, said that the Kacha River blocked the Barisal-Khulna regional highway between Pirojpur Sadar and Kaukhali Upazila. The ferry used to take 30 minutes to cross the river. It used to take a longer time if the river tide was strong.

The bridge, which has 10 piers, 9 spans, and is 998 meters in length and 13.40 meters in width, now connects Kuakata Sea beach, Payra Deep Seaport, Mongla Seaport, and the country’s largest land port Benapole directly by road.