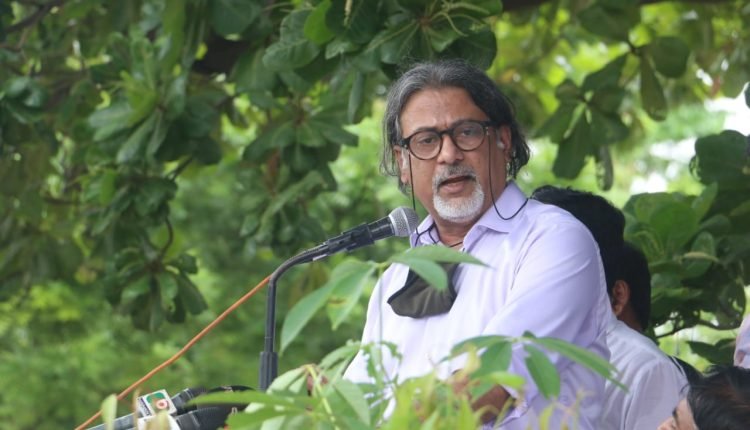 Jubo League Chairman Sheikh Fazle Shams Parash said that since Awami League came to power, Bangladesh’s face has changed through the last 13 year’s development. He also mentioned that as the country is developing under the leadership of Prime Minister Sheikh Hasina, all the conspiracies of the anti-independence parties are falling apart. Parash said these in the speech of the chief speaker at a discussion meeting held on the National Mourning Day organised by the Institute of Business Administration (IBA) of Dhaka University (DU) at 12 noon on August 29.

Sheikh Fazle Shams Parash said, “Since the 2009 elections, the face of the country has changed under the leadership of Prime Minister Sheikh Hasina.” He also said, “There is a so-called opposition party in Bangladesh who do not want us to continue this development and establish an impartial, humane, science and merit-based progressive non-sectarian society. Their aim is to transform Bangladesh into a backward and fundamentalist state. In the last 13 years, the supporters of independence have changed the face of the country under the swift management of the government. And, as the exemplary and ground-breaking development of this country is being achieved, objective of the opposition is being destroyed.”

The Jubo League chairman said, “Those who killed Bangabandhu never wanted Bangladesh to achieve prosperity and success. They always wanted Bangladesh to become a fundamentalist and backward state like Pakistan. So, we have seen the rise of communal forces, which has caused irreparable damage to our progress. I hope this generation of ours will be alert and aware about this. You have to decide how you want to see Bangladesh in the future.” “Do we want to go back to the kind of society where the distortion of history is constantly celebrated? Generation after generation, false history is imposed. Where free thought is blocked and freedom of dissent is curtailed? Where in 64 districts, a series bombing silenced the voice of the people and the media?” he questioned. Pointing out that there is no room for bigotry in a progressive society, Parash said, “Secularism is not just a political statement. Secularism is a democratic right of people. Everyone has their own beliefs. Beliefs can never be imposed.”

Director of the Institute of Business Administration (IBA) under the chairmanship of Prof. Mohammad A. Momen and the coordinator of the Institute’s MBA program, Prof Dr Under the direction of Rezaul Karim, Dhaka University (DU) Vice-Chancellor Professor Dr Md Akhtaruzzaman, teachers and students of the institute.

Is Jamaat separation yet another tactical blow to BNP politics?