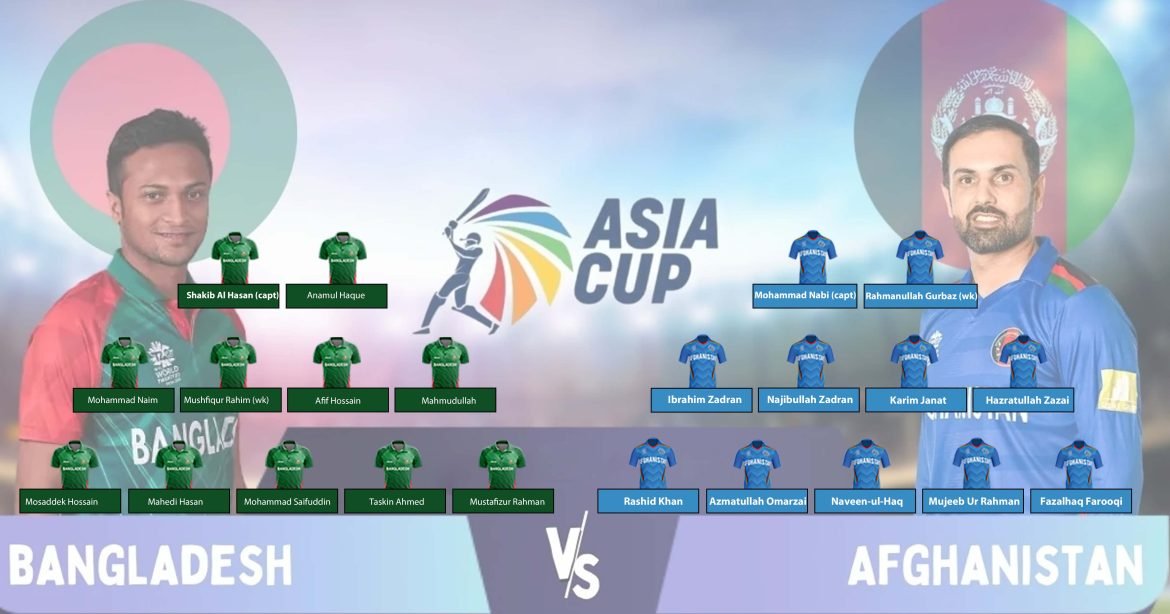 Just before the Asia Cup, there was a strong attempt to change the Bangladesh T20 team and get a fresh start. Shakib Al Hasan has been made the ‘new’ captain; Coach Russell Domingo was removed from T20 duties, replaced by ‘technical consultant’ Sridharan Sriram. Cricket lovers in Bangladesh are holding the hands, hoping for a new era under Shakib-Shriram. Today is going to be the official start of that new day with the Asia Cup match.

The task is not easy. Shakib’s opponents today at the Sharjah International Stadium are Afghanistan, who have started the Asia Cup with a bang by crushing Sri Lanka. Mohammad Nabi’s squad gave a clear message to not only Bangladesh but also the rest of the opponents of the Asia Cup.

On contrary, recent form does not speak for Bangladesh at all. In the last five T20 matches, the representatives of red and green have won a total of only one match! Then again there is also the memory of the series loss against Zimbabwe. Afghanistan, on the other hand, have won three of their last five matches. Afghanistan is also ahead of Bangladesh in face-to-face combat. Afghanistan won 5 matches out of nine matches, while Bangladesh won 3, with one match abandoned.

Afghanistan’s dangerous spin duo Rashid Khan and Mujeeb ur Rahman are there, this team also has Fazalhaq Farooqi! In the last March, he made Bangladesh suffer a lot. He was also seen in great form in the opening match of this year’s Asia Cup. Mohammad Nabi and Naveen ul Haq are giving great company to these three. As a result, the bowling of Afghans has become an impenetrable fortress.

A sample of what Afghans can do in batting was also seen in the first match. Rahmanullah Gurbaz and Hazratullah Zazai scored 83 runs in the power-play. Starting with them, Nabi, Rashid and Azmatullah Omarzai are also in the batting line-up of the Afghans. Their line-up is quite deep, it gives an idea.

Meanwhile, Bangladesh are hoping for a fresh start under new captain Shakib. However, the team has several questions on the back of hope. Questions about the opening have not yet been answered. Liton Das is out due to injury, Naeem Shaikh is likely to start the innings with Anamul Haque today. Both of whom have questions about strike rate in T20 format. But all that is about the old days of Bangladesh. Through Shakib-Shriram’s hands, the ‘new’ Bangladesh will surely want to find answers to those questions and solve the Afghan puzzle!