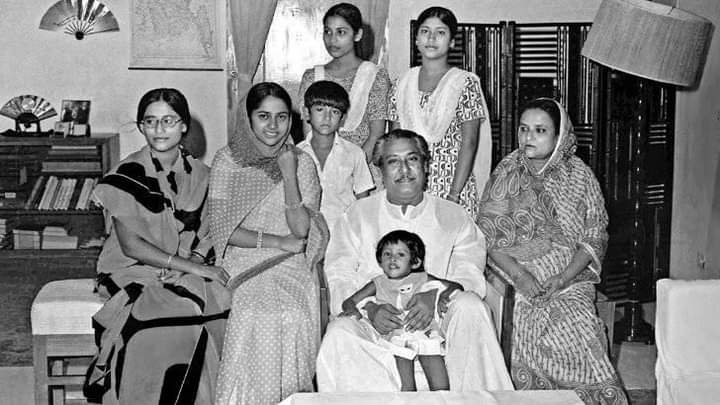 Today, August 15, is the National Day of Mourning. On this day in 1975, Father of the Nation Bangabandhu Sheikh Mujibur Rahman, the architect of Bangladesh’s independence, the greatest Bengali ever, was assassinated along with his family. Coincidentally, her two daughters survived. But the brutal assassins could not erase Bangabandhu from people’s hearts by killing him. And, on his 47th martyrdom anniversary, the country is set to identify its founder’s killers and the accomplices behind the murder.

In this regard, law minister Anisul Haq declared that the outline of forming commission has been prepared to find out the conspirators, who were involved in the assassination. The minister also informed that the commission may be launched by the end of this year. The Law Minister made the disclosure responding to the reporters’ questions after attending a workshop in the capital on August 13. The workshop was organised by the Ministry of Labour and Employment.

To identify the assassins, taking the decision of forming commission and functioning it accordingly is an important issue. But, in view of the current global crisis-situation, some decisions have to be taken regarding the economy as well.

Thus, the law minister mentioned that the process is being delayed. He said, “Surely the steps being taken in the current situation are very important; because of this situation, the dialogue that needs to be had with policymakers about the Commission’s outline has not taken place. However, the Minister hoped to hold these talks within a few days and launch the commission by the end of this year.

He also said that this commission would be formed to inform the new and future generations about the tainted efforts that were made to change the future of Bangladesh in 1975, and to expose the persons who were involved in the brutal killings. In response to the question about how the commission will be, the Law Minister said that he will talk to the Prime Minister about its finalisation.

Meanwhile, two of the five fugitive convicts in the killing of the country’s founding president Sheikh Mujibur Rahman, Rashed Chowdhury and Noor Chowdhury, could not be brought back by the government, respectively from the United States and Canada yet, and three others could not be located yet. Against this backdrop, the nation will observe National Mourning Day today.

In this context, foreign minister Dr AK Abdul Momen said, “We have information about two of the five fugitive killers so far. Although they are self-proclaimed murderers, they are moving freely in developed countries. But we could not trace the whereabouts of the three others.”

Dr Momen further said, “We have raised the matter with United States government several times but they always find some pretexts and do not send back Rashed Chowdhury, who got citizenship there in 2006,” adding that the US authorities were creating bottlenecks and raising walls to ‘derail the process of justice’. He alleged that the government was not getting a response from Canada about the repatriation of Noor Chowdhury, who is in the country on political asylum.