The Fallout of Ukraine War Worldwide 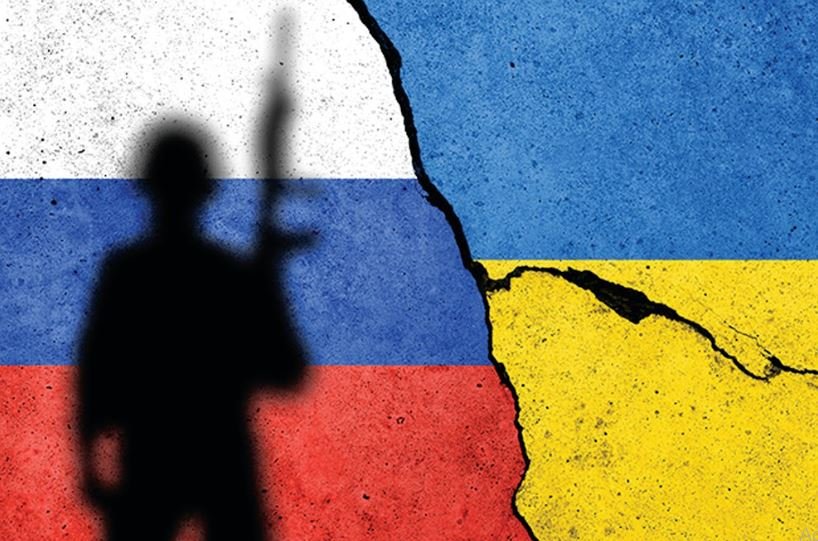 The wave of the Ukraine War has reached the shores of Bangladesh as well. We have already experienced the most erratic market behaviour since the beginning of the War. Prices of essential commodities in the kitchen markets spiralled in a crazy manner – especially the price of edible oil, writes BM Shoaib

The world is waiting with bated breath for the peaceful conclusion of the Ukraine War, which most political analysts think has been unjustifiably started by Russia on grounds best known to its leaders. The decision of Vladimir Putin to invade his weaker neighbour has triggered many debates and deliberations at various forums across the globe and there is consensus in thinking that the invasion will have far-reaching political and economic consequences on the world in general and on Asian countries in particular. This needs to be mentioned that the economic growth of Asia is largely dependent on Russian energy – oil and gas.

As expected, the US and European countries and NATO, to a great extent, have been flummoxed by the attitude of Russia. The Asian economies are already going through tumultuous times with the Ukraine War entering its fourth month. While the war rages on in the distance, prices of essential commodities, especially those of fossil fuel, gas and edible oil, keep spiralling in the Asian markets. It had been predicted by the international commodity market watchers in April this year that crude oil price will go above $100/barrel as long as Ukraine war rages on.

The Economic Times said in April that the sanctions on Russian hydrocarbon exports will negatively affect the existing market situation. It was further predicted that in consequence the European gas prices will rise by 65 per cent this year, after a fivefold rise last year. This will happen because Europe has limited gas stockpiles, and there are worries about gas supplies for the 2022-23 northern hemisphere winter season. On the other hand, it is explained by experts, that since Europe is reducing its demand for Russian gas, it will force Russia to lower output. This means prices will go further up and many smaller countries will not be able to get the required amount of the energy to survive.

In an attempt to handle the rising cost and uncertainty surrounding availability of energy in their times of need, many European countries are already in search of alternative energy sources. Message from Romania says that it is preparing for Nuclear Energy to reduce dependence on Russian gas. It’s believed that many other countries would also like to go for nuclear energy as the most viable source.

The wave of the Ukraine War has reached the shores of Bangladesh as well. We have already experienced the most erratic market behaviour since the beginning of the War. Prices of essential commodities in the kitchen markets spiralled in a crazy manner – especially the price of edible oil. It is unfortunate that many Bangladeshi importers and dealers hoarded huge quantities of edible oil in their warehouses and increased the price of this essential commodity to earn extra millions at the cost of people’s plight. And the fear of gas price escalation has been haunting the people since the start of the war and in a bid to tackle the situation, the Bangladesh Energy Regulatory Commission (BERC) took the decision to increase prices of gas. As a result, now the use of a single burner will cost Tk 65 more and a double-burner Tk 105 more. The worst sufferers of this hike will be the lower and the middle income consumers. Today Bangladesh is happy because Russia has agreed to sell wheat to us.

The Russia-Ukraine war came at a time when Asian countries have been struggling to recover from the ravages of Covid-19 pandemic. The past two and a half years of pandemic had drained the coffers of most of these countries so the inflation that came in the wake of the war weighed heavily on these countries. In many ways, Asian countries depended on Russia for the smooth running of their economy.

Records show that Russia is the third largest petroleum producer in the world and Asia consumes 35% of global oil. As a result, experts rightly predicted that the supply chain disruption due to economic sanctions on Russia is likely to drive the oil prices higher. Understandably, higher price of oil will result in price escalation of consumer goods in most Asian countries. This will also impact production of staple food and other necessary food items. Researchers show that the worldwide rise of commodity prices, especially oil, wheat and corn is the direct impact of the Russia-Ukraine war on major Southeast Asian economies.

In an article titled ‘Effects of Russia-Ukraine conflict on Asian Economies’ published in the Hindustan Times, researchers highlighted the following: “This trend is more concerning for Singapore, Vietnam and Thailand, who are net importers of these commodities (oil, nickel, wheat and corn)  from the conflict-ridden region. Thailand has seen a constant increase in producer and consumer price inflation owing to the surge in commodity prices. In Vietnam, there has been a shortage of oil and instances of petrol hoarding are also being recorded which is further escalating the price. In Vietnam, Malaysia, and Indonesia, the impact of rising oil prices is evident in the transport, housing, electricity, gas and other sectors.”

Eminent economists have said that not all the Southeast Asian economies are directly affected because of low energy consumption. Countries like Indonesia, Malaysia, and the Philippines are among these countries. They further said the low energy consumption will help these economies to minimise the impact of rising oil prices contributing to inflation. In this connection, we can see that Singapore and Thailand, which are high petrol and energy-consuming economies, will see domestic price rise.

Among the fallout of the war we have to take note of the fact that since most Asian countries are middle-income economies, which have not recovered yet from the Covid crisis, the cash crunch is forcing some governments to slow down their poverty alleviation programmes besides announcing austerity measures. Many countries have also put a ban on import of non-essential and luxury goods.

If we look at India, we can see some interesting developments. Since the war began, India lent overt and covert support to Russia. The Washington Post writes: “India, the world’s biggest oil importer behind China and the United States, has agreed to purchase 3 million barrels of Russian oil at a heavy discount. The purchase, which was first reported by the Wall Street Journal, is relatively small given Russia’s production and Indian demand. But the volume could increase in the coming months and reinforce a growing perception that India is determined to preserve its extensive trade and military ties with Moscow, even as the United States and its allies urge governments around the world to isolate Russia.”

The US obviously did not like it when India did not join the bandwagon to condemn Russian invasion of Ukraine. China still remains the single largest consumer of Russian oil exports. According to the US Energy Information Administration data, in 2020 out of the 42% of Russia’s oil export to Asia and Oceania, 31% of Russian oil was exported to China. On the other hand, economists fear that inflation is likely to increase in Japan due to a steady increase in oil prices. And South Korea’s export industry is expected to lose a lot due to high oil prices.

Global researchers are of the opinion that to deal with the evolving situation arising out of oil supply disruptions following the Russia-Ukraine crisis, the governments of the Asian and Southeast Asian countries should look out for alternative oil suppliers, such as Saudi Arabia and Venezuela, to secure their energy requirements. They also suggest regional alliances such as ASEAN and the South Asian Association for Regional Cooperation (SAARC) can be used to effectively negotiate with the Organisation of Petroleum Exporting Countries (OPEC), and International Energy Agency member states to increase the supply of oil and reduce the rising oil prices.

Some market analysts have judiciously suggested that the oil-dependent states should work toward diversifying their energy supply and look for other alternative sources of renewable energy. They argue that energy efficiency could result in controlling soaring oil prices and lead to uninterrupted economic growth.

The common question these days frequently arise in public minds is: When will the war in Ukraine end? That is a million dollar question. NATO Chief Jens Stoltenberg says it could go on for years. He said we have to be prepared for a long haul. He observed that the conflict is turning into a ‘war of attrition’, and NATO is not seeking escalation with Russia. In the coffee shops across Europe, cynics ask the question, “Will Putin go after other former Soviet states too?’ They cite the reports that the Russian President has sent threatening messages to many of his neighbours regarding their fate if they try to join hands with the western countries, especially NATO.

Putin overtly threatened Sweden and Finland for expressing their desire to join NATO. But, their bid for joining NATO has faced opposition from Turkey, which is one of the 30 existing members. As Turkey remains an important strategic partner of this large alliance, NATO is said to be working to address Turkey’s concern and reach an amicable solution to this impasse.

The NATO chief believes that the Ukraine war, like most of the conflicts, will end at the negotiating table. We want to believe him hoping that the world community would leave no stone unturned to find a peaceful solution to the crisis before it escalates to something much larger and destructive to the entire world.

Celebration of the French National Day